The Rosewood Massacre: How a racist mob destroyed a small Florida town

On New Year’s Day 1923, a mob of white men invaded the predominantly Black town, burning homes, churches, and shooting people as they fled. 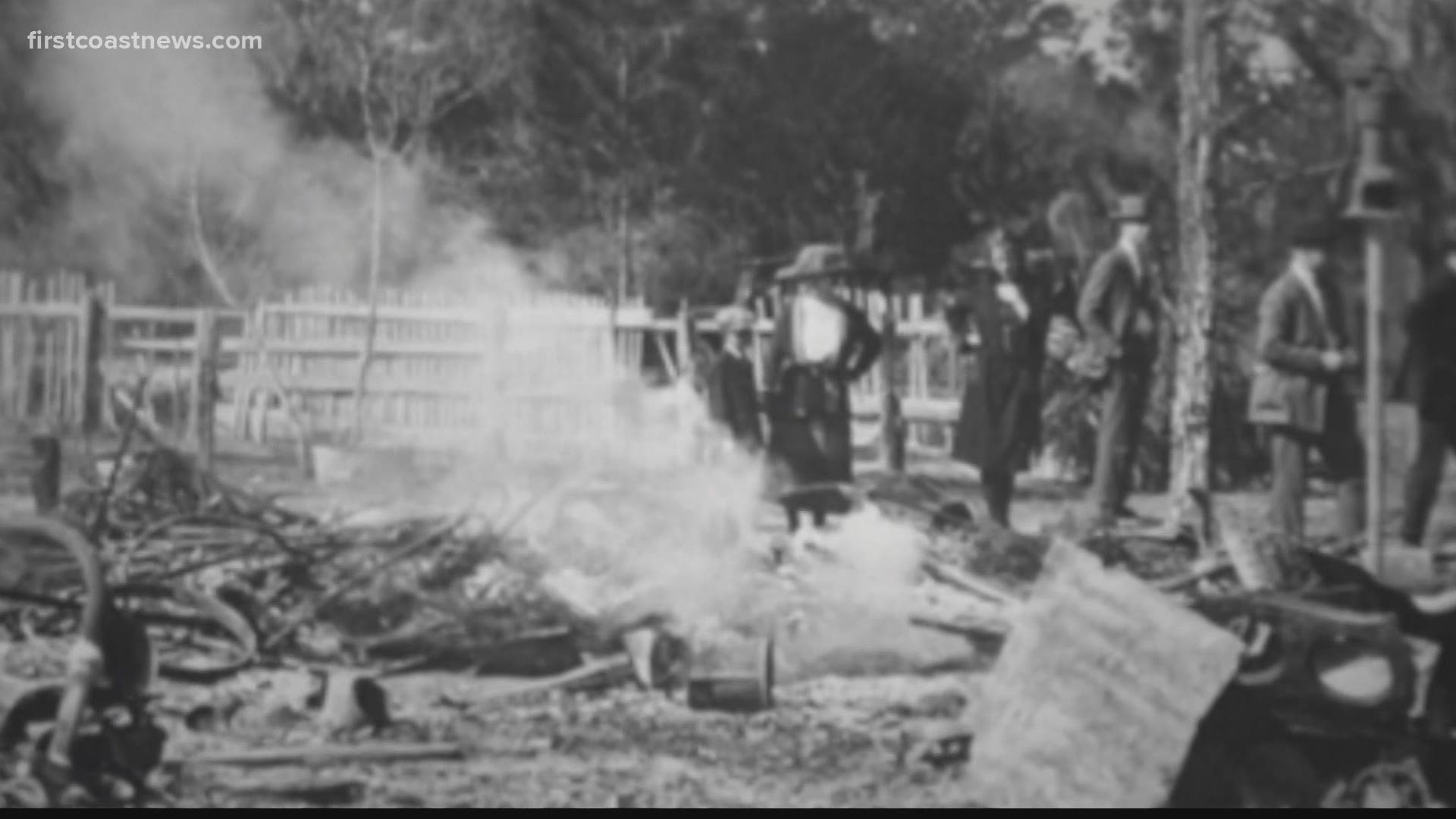 ROSEWOOD, Fla — The story of Rosewood is rarely talked about, but needs to be told.

The town was a small, predominately Black community in Levy County, not far from Gainesville. It was destroyed at the hands of an angry mob.

All that is left is the descendants of those who lived and worked there.

"We were entrepreneurs. We had businesses," Ebony Pickett said "We had three churches in Rosewood. This is in the early 1900's."

Rosewood is a part of Ebony Pickett's family history. She never lived there. However, she can tell you all about it through stories handed down through five generations.

"Everybody's lawns was manicured, and there was roses all around," Pickett explained. "It was almost like this picture perfect place."

That picture shattered on New Year’s Day 1923, when a mob of white men invaded the town, burning homes, churches and shooting people as they fled.

"They came on the first day of January, and they did not stop burning and shooting and hanging and lynching until January 7th," Pickett said.

Pickett remembers being a young girl at family reunions and listening to the stories by survivors.

"When I would see the horror on their face, and then they would begin to wail and cry, and, you know, consoling each other and it was like, so emotional," Pickett remembered. "It was such a vivid picture because this wasn't just something I was reading in the book."

In 1997, Warner Brothers produced a movie about the town's history, bringing what happened on that tragic day to the big screen.

The film was based on accounts of what started the attack, allegations from a white woman in the neighboring community of Sumner that a Black man had assaulted her.

She said family members told her it was actually a white man who assaulted the white woman. Pickett's relative, Sarah Carrier, known as "Aunt Sarah" was there.

"Aunt Sarah had a firsthand testimony of what happened that day because Aunt Sarah worked for her," Pickett explained. "Aunt Sarah had been at her home that day, as well as with her granddaughter, Philomena. So, both of them witnessed the white man that actually came into their home that she was with."

Aunt Sarah told the mob it was not true. However, they did not take her word. She would eventually be killed in the massacre."

"These were my actual family members that was there and have remembered everything they had gone through," Pickett said. "They shared it with us, but they told us we could not tell anyone for fear that, you know, the white mob would come back and kill them."

Eight people died during the Rosewood massacre, including six Blacks and two whites. In 1994, Florida provided financial compensation to some of the Rosewood survivors.