Child struck by car on the Westside 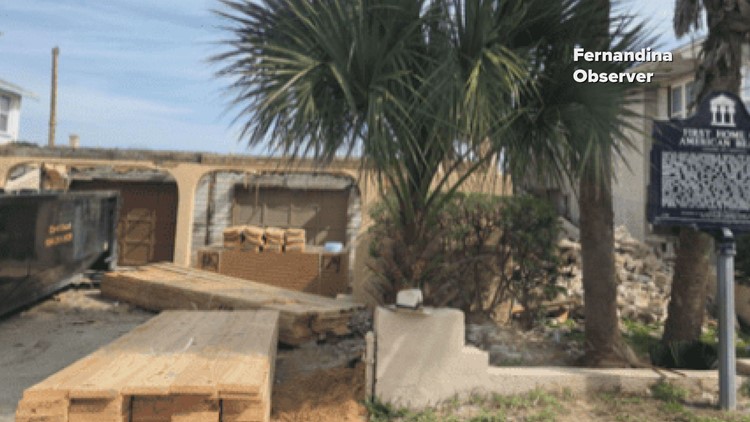 FERNANDINA BEACH, Fla. — A historic beachfront home in the American Beach community of Fernandina Beach has been demolished.

According to the Fernandina Observer, the home of African American businessman Abraham Lincoln Lewis located at 5466 Gregg Street was all but reduced to rubble. Photos posted by reporter Suanne Thamm show the home before and after demolition.

Records from the Nassau County Property Appraiser show the home as belonging to an unspecified land trust with a mailing address of 2933 North Myrtle Ave. in Jacksonville.

The Observer reports that the Nassau County Building Department is investigating the demolition and that there was a permit to do interior remodeling in the home.

Abraham Lincoln Lewis (1865-1947) was the first African American millionaire in Florida's history. Born in Madison, FL, Lewis grew up in a poor family and moved to Jacksonville early in his life.

In a biography posted to the state's website in December 2005, it was written that Lewis would climb out of poverty and become an entrepreneur, founding the Afro-American Life Insurance Company.

Lewis purchased a stretch of oceanfront property in Nassau County in 1935 that would eventually become known as American Beach, a safe haven for African American access to beaches in North Florida at the time.

First Coast News has reached out to the Nassau County Building Department, as well as the county's planning director for more information.