Donald Stratton, survivor of attack on USS Arizona at Pearl Harbor, dies at 97

Stratton, of Colorado Springs, passed away Saturday. He was serving aboard the USS Arizona when it was sunk in Pearl Harbor on Dec. 7, 1941. 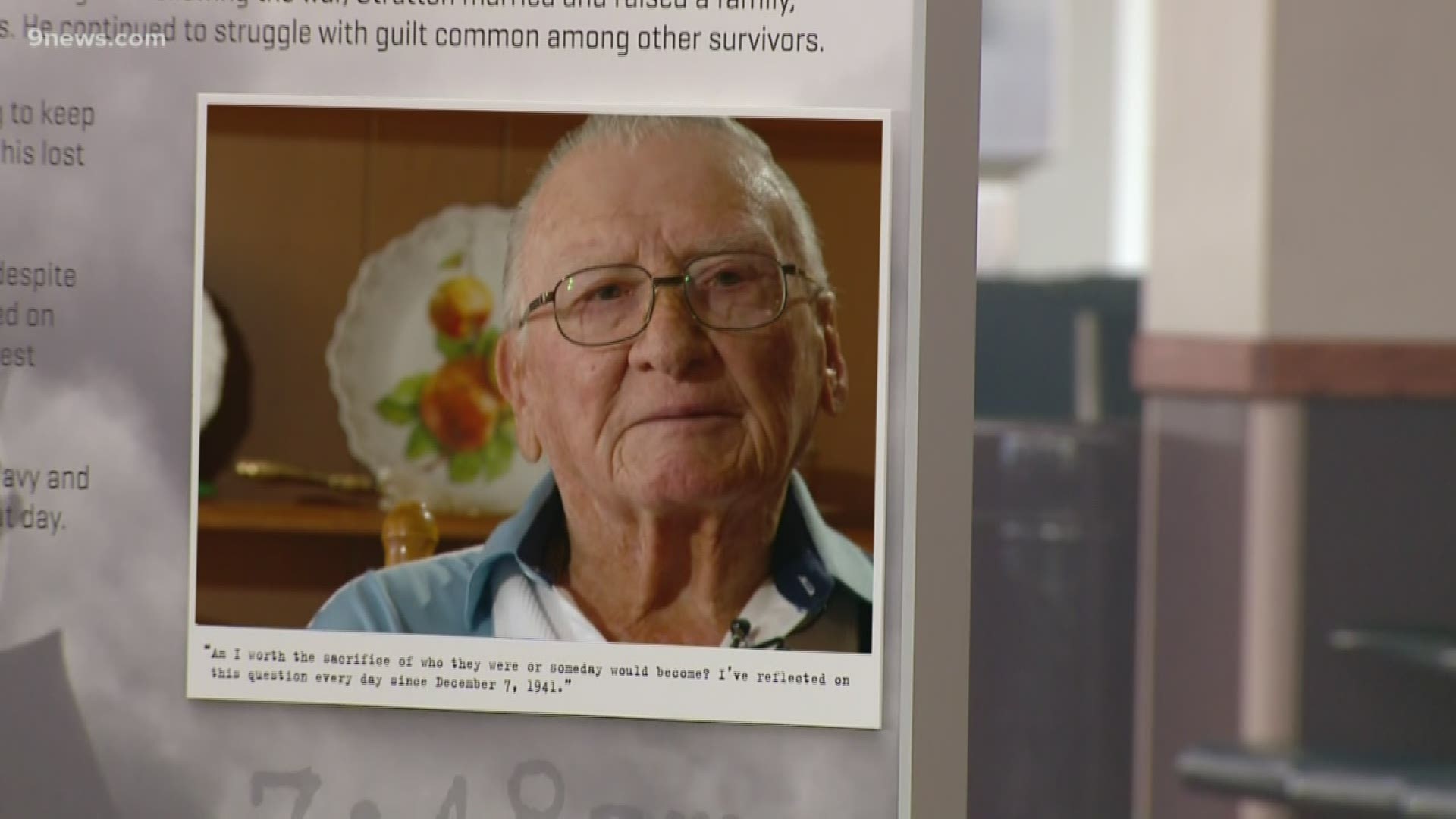 COLORADO SPRINGS, Colo. — Donald Stratton, one of the last survivors to serve aboard the USS Arizona, died Saturday night in Colorado Springs. He was 97.

Stratton's family posted on Facebook that he passed away peacefully in his sleep in the company of his wife, Velma, and his son, Randy.

The USS Arizona was stationed in Pearl Harbor with the Pacific Fleet when it was sunk by Japanese bombers on Dec. 7, 1941. Stratton was badly burned but recovered from his injuries and returned to Naval service.

The attack killed 1,177 sailors and Marines aboard the USS Arizona.

"One of Donald's final wishes was that people remember Pearl Harbor and the men aboard the USS Arizona. Share their story and never forget those who gave all for our great country," the post read.

Stratton's memoir about the attack on Pearl Harbor, "All the Gallant Men," was published in 2016.

“Jaime and I are saddened to learn of the passing of Donald Stratton and send our prayers to his family members and loved ones during this time. The first time I met Donald Stratton, he told me, ‘Everyone has to be somewhere.’ Today we know he has joined his fallen shipmates from the USS Arizona in heaven. Donald Stratton spent his life making sure the man who saved his life and others aboard the burning USS Arizona, Joe George, was recognized posthumously for his heroism. Veterans like Donald Stratton are the best this country has to offer and I thank God every day for Americans like them. May God bless this hero, his family, and all who have and continue to serve our country.”

The release also said Sen. Gardner worked with Stratton and the Navy to award the Bronze Star Medal posthumously to Joseph George for saving six sailors stationed on the USS Arizona during the attack.

>>The video above is story from 2016 on the 75th anniversary of the Pearl Harbor that included an interview with Stratton.

RELATED: Pearl Harbor Remembrance Day 2017: What happened on that day 76 years ago?