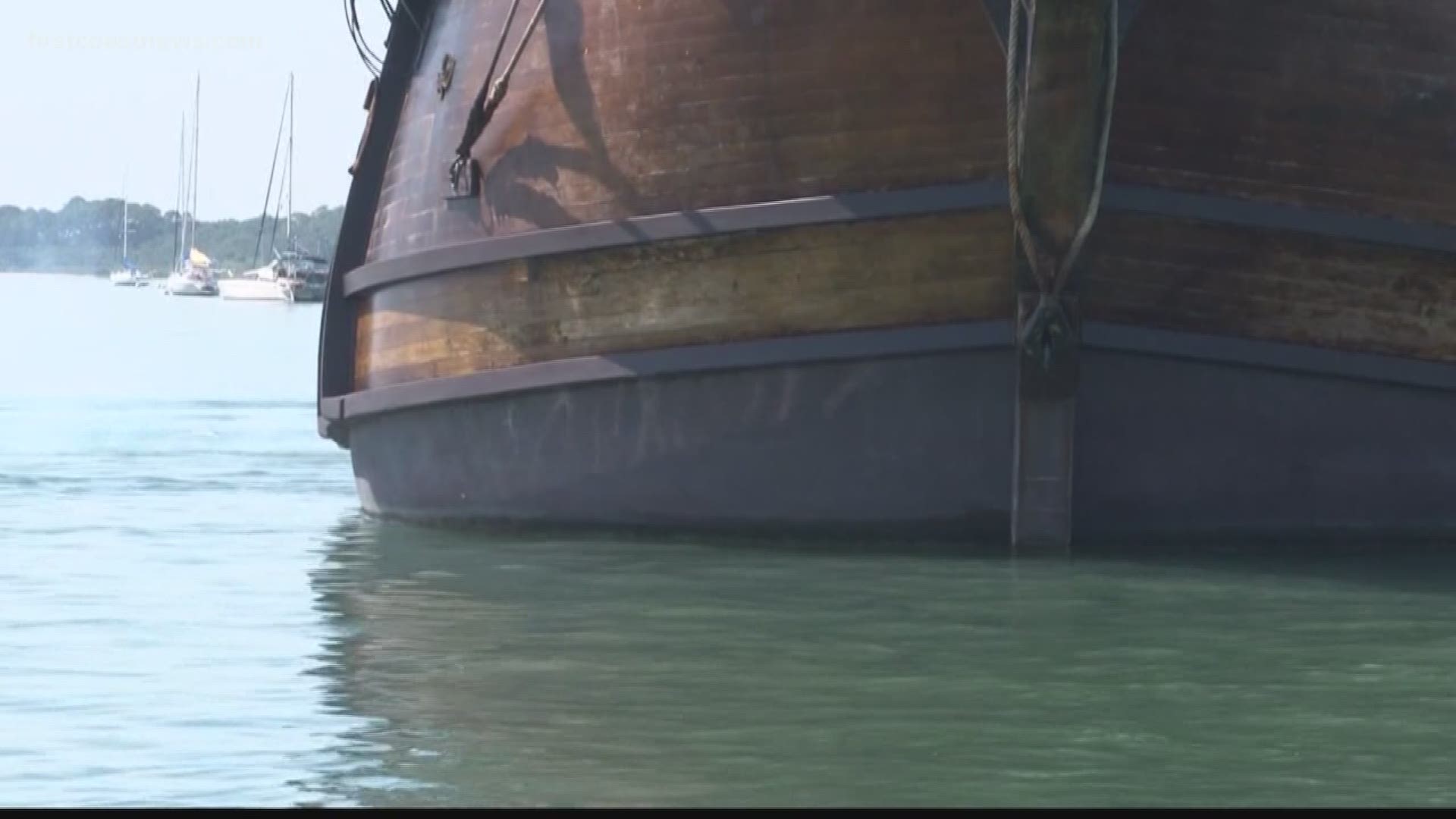 ST. AUGUSTINE, Fla. — Social distancing and cleanliness may be messages we hear daily, but turns out, these principles have been around throughout history, especially during Florida's earliest days.

In the 1600s and 1700s, there was a hospital in St. Augustine, and it was carrying out some forward-thinking medicine.

"I think it was surprisingly advanced for most of society," Historian Susan Parker said.

The Spanish Military Hospital is now a museum and Nicholas Wilson owns it.

"The people at the time didn't understand germs but they had a notion of it," Wilson said.

The Spanish doctors learned from the Moors who had ruled Spain. Some of what they did hundreds of years ago, we are doing now, such as hand washing.

To promote faster healing in the colonial hospital, the patients had their own belongings.

Wilson explained, "So if you were in Bed No. 3,  your linens are No. 3. They're going to be taken, washed, and given back to that patient at Bed No. 3. Utensils are the same way. We're talking about spoons, cup, anything. It’s all Bed No. 3."

And social distancing is not so new of an idea.

"You’re going to love this," Wilson noted. "We have the six-foot apart separation right now with COVID 19. Well, the Spanish in their wardroom, the beds were separated by six-feet as a rule."

"Again, they don’t understand germs," Wilson said. "They don’t know what it is, but they have this notion. And this idea is evidence-based, from hundreds of years, and they know that this works."

Wilson said the Spanish opened windows to keep air flowing, but the French colonies did not, "and guess what. The illness just got worse."

Even when yellow fever ravaged North America, no one knew it came from mosquitoes. Parker said people were scared it was coming in on ships.

"At one point in the 1790s, almost every port in the Atlantic Coast is closed to incoming shipping," she said.

It doesn’t sound too far off from what’s happening now.

Over the centuries illnesses have scared us.

"When people are fearful, they react in different ways. Some react well and others react very poorly," Parker noted.

And history can still teach us what works and what doesn’t.

"For me, it’s not just learning from the Spanish, it’s learning form history in general," Wilson said.