"But they have to do it peacefully. If they don’t, it won't make any difference," a marcher from the 1960s said. 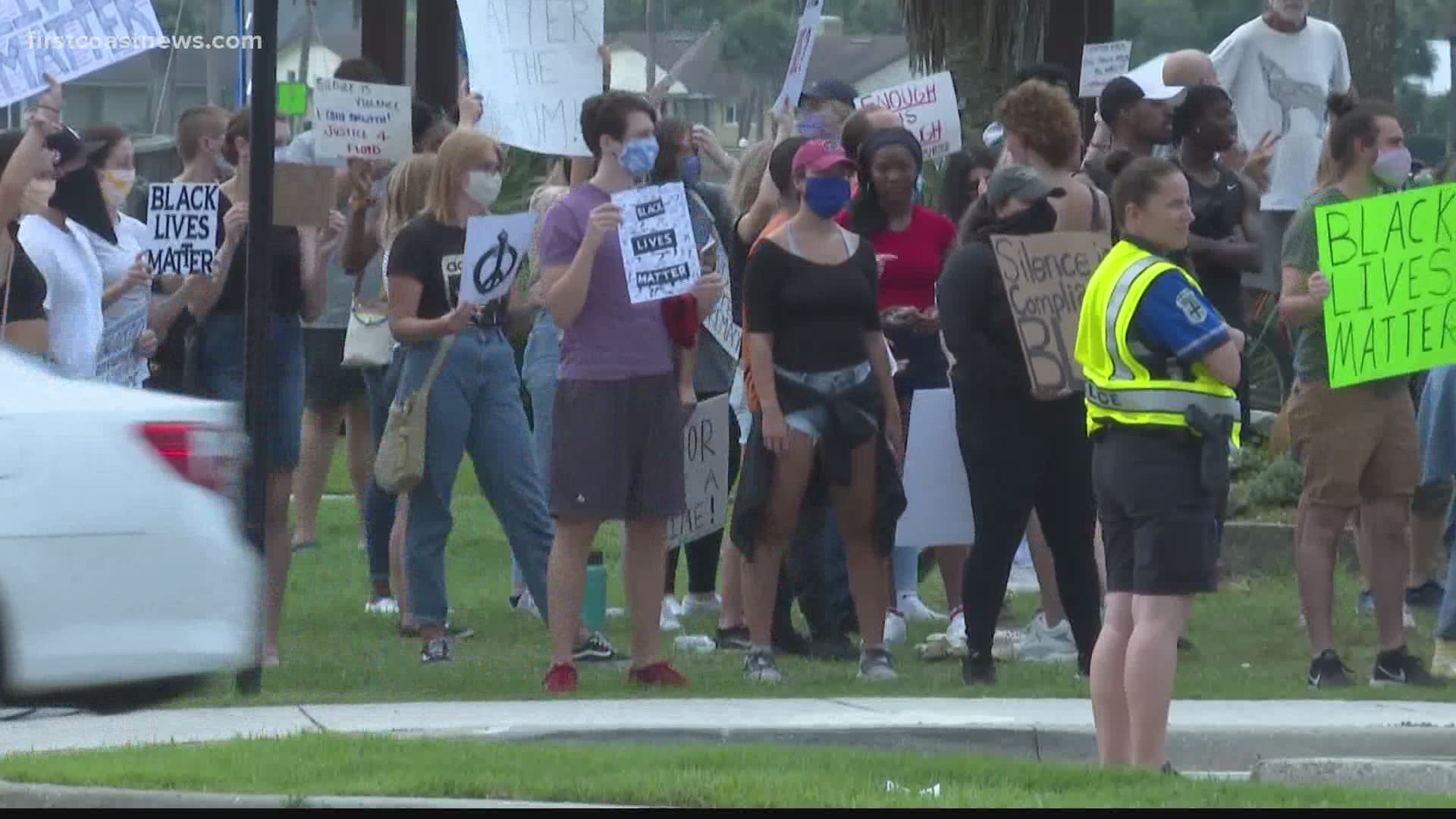 ST. AUGUSTINE, Fla. — The protests happening today remind some people of the 1960s, especially those who marched for civil rights in St. Augustine decades ago.

Barbara Vickers remembers why she chose to march then. She remembers Dr. Martin Luther King Jr., who spoke at local St. Augustine churches, said it would make a difference.

Thomas Jackson also remembers marching for racial equality down the streets of St. Augustine, the same roads that protesters have gone down in the last couple weeks.

"Pretty much I see a mirror image of what happened back then," Jackson told First Coast News Thursday.

Young people pushed for change then and "young people nowadays are marching," he said.

Jackson remembers there were classes for the demonstrators. One was held at First Baptist Church in St. Augustine. Organizers would train marchers and demonstrators how to react in a non-violent way if they were treated poorly.

"And we had to use that a couple of times," Jackson said. "There was one guy in front of me in line who just started to get beaten up. And we had to lay on top of him to keep him from getting hit too hard."

Vickers remembers people throwing rocks at her as she marched.

"I felt a stone go buzzing by," she said. "And that one missed me! And I’m thinking, 'The next is going to hit me.' But I marched through it and didn’t get hit."

She and Jackson believe the protests now can change the dynamic between police and people of color.

"Something had to fester and had to happen," Jackson said.

Jackson and Vickers say the call now is to extend social justice beyond what it they pushed for in the '60s.

Jackson also said the looters and rioters are not the same ones who are calling for change.

Regarding the looters, he said, they are "opportunistic people taking advantage of the situation."

Vickers believes a move toward racial equality can result from these demonstrations. "But they have to do it peacefully. If they don’t, it won't make any difference," she said.