10 Years Later: Remembering the 2011 Super Outbreak in Tuscaloosa, Ala.

More than 300 people died in six states during one of the largest tornado outbreaks in American history. The most devastating tornado was in Tuscaloosa on April 27. 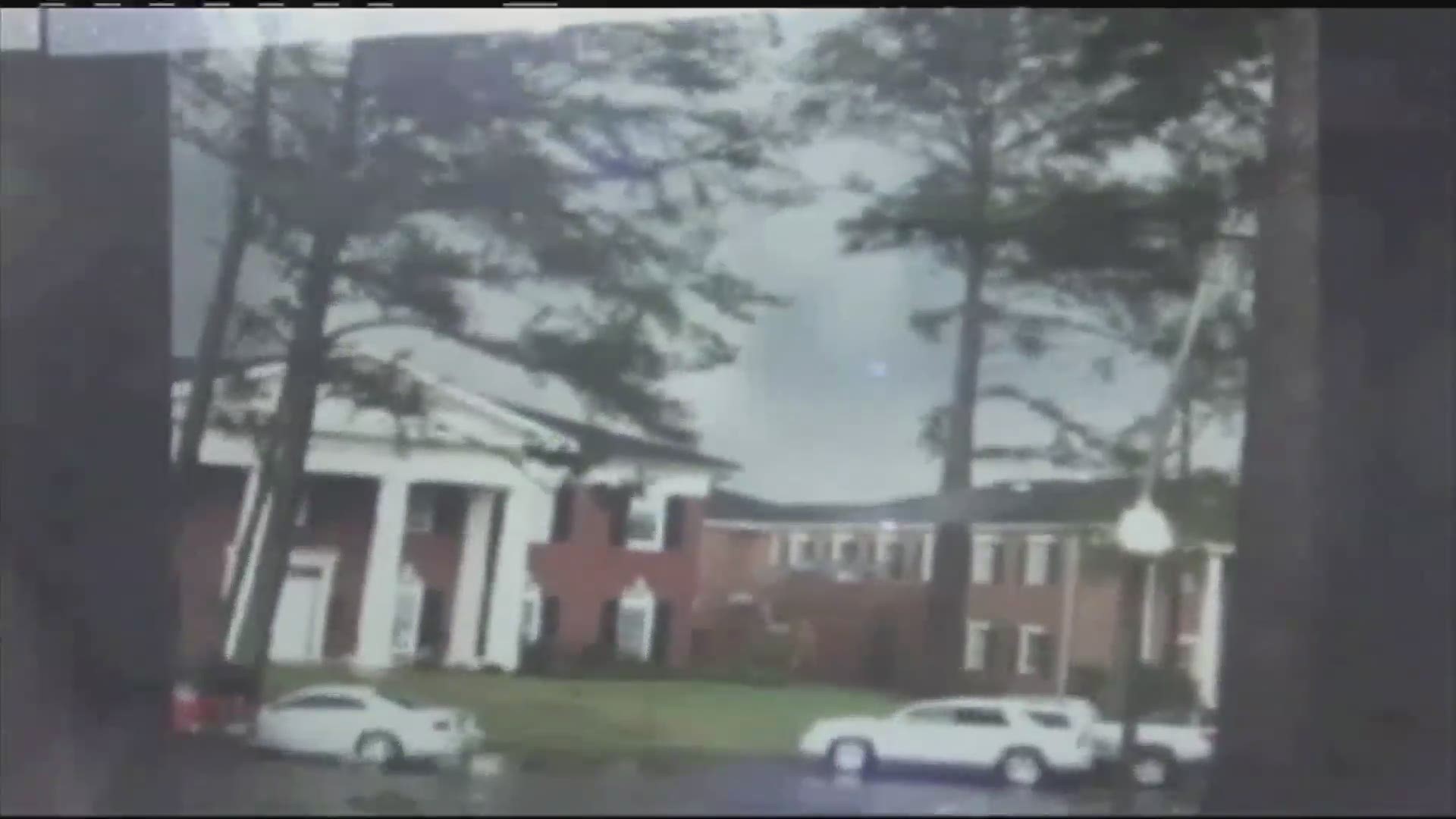 TUSCALOOSA, Ala. — On Wednesday, April 27, 2011, students at the University of Alabama in Tuscaloosa were focused on exams the following week.

Only days before, a tornado had touched down in Tuscaloosa but caused minor damage, notably to a sign at a gas station of I-20/59. The annual A-Day football game was played the following day as fans looked forward to what they believed would be one of their best teams in the storied history of the Crimson Tide.

As dead week began, a history-making storm was far from people’s minds. Most students were aware of the large system moving toward the area, but there were little precautions beyond the normal protocols Alabamians make prior to a tornado event.

Then, just before 5 p.m., tornado sirens rang out in the city. Within a few hours, an entire section of the city was destroyed and much of the city went dark. Those who watched the events unfold on television saw horrifying images of a large twister making its way near Bryant-Denny Stadium then down 15th Street, an area populated by businesses and several homes, many of which were rental homes.

In Reese-Phifer Hall, the university’s communications building, students and faculty gathered in a hallway on the lowest floor. Because the television station and other important functions ran from that building, a generator gave those inside power and Internet. Many gathered around a single laptop to watch developments from one of the local stations, passing it on to the more than 50 people lined up.

In a small house on 13th Street, five people huddled together in a bathtub as the twister pulled the roof over their head, dumping debris all around them. Just feet away, part of the home collapsed in a manner that may have killed them.

On 15th Street, the employees of an oil change shop descended into the pit as the tornado approached. They watched as above the cage, the twister pulled the entire structure off its foundation, spilling debris and lubricants over the area.

Meanwhile, football player Carson Tinker held onto his girlfriend as the tornado passed through their home, tossing both of them far from their shelter. He would be hospitalized while she would be one of the six students killed in the storm.

When residents emerged from the hiding places, they witnessed a scene of destruction of epic proportions. Houses had collapsed or had their roofs torn up. Cars were flipped upside down. Trees and downed powerlines made 15th Street, a major artery for that part of the city, impassable.

In all, 64 people lost their lives in Tuscaloosa while an additional 1,500 people were injured. That night, Druid City Hospital, located just off-campus, became a gathering place for both the injured and those with nowhere to go. More than 300 people in six states lost their lives in one of the largest and most devastating tornado outbreaks in American history.

Shortly after the storm, the disaster would be overshadowed by several major events around the world. On April 29, the day after the last tornado spawned from the Super Outbreak, billions of people watched as Prince William and Katherine Middleton married at Westminster Abbey. On May 1, President Barack Obama announced the operation that resulted in the death of Osama Bin Laden. Obama ordered the raid shortly before visiting Tuscaloosa to tour the damage.

Less than a month after the April 27 storm, a tornado struck Joplin, Missouri, killing 158 people, more than double the lives lost in Tuscaloosa.

In Tuscaloosa, everyone seemed to chip in to help the town recover. Thousands of volunteers descended into the city to help clear the debris and rebuild. Nick Saban and the Alabama football team spent days building homes and meeting victims. Alabama rival Auburn and Kent State, who was scheduled to open their season against the Crimson Tide, also sent their teams to assist the recovery effort.

When the football season finally began, a moving yet somber houndstooth ribbon adorned the 25-yard-line at Bryant-Denny Stadium. The ribbon would remain there throughout the 2011 season, which ended in a victory in the BCS National Championship game in New Orleans.

Ten years later, there is little evidence of the devastation the tornado brought. Like before, 15th Street continues to be a major center for business in the city. Some chose to rebuild at their former site. Others have been replaced with different retail, restaurants and apartment complexes. A neighborhood destroyed by the storm has been replaced with large retail stores and a massive parking lot.

Yet, for most Alabamians, the memory of the storm remains. Each year, those who were there mark the anniversary by the hashtag #TtownNeverDown. Perhaps, the storm’s legacy is that of a people united by tragedy who helped to turn the darkness of April 27 into the city’s brightest era.