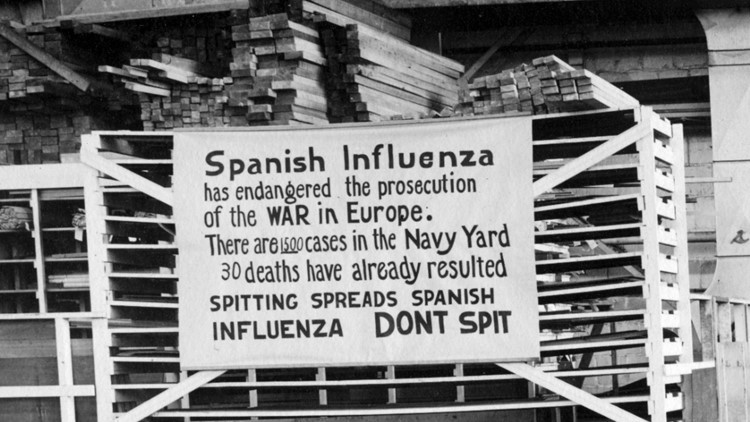 What are the worst disease outbreaks in history?

WASHINGTON, D.C., USA — As communities around the world prepare for the possibility that the new coronavirus could reach pandemic levels, we wanted to look back at the human history of infectious diseases and put it all in context.

A pandemic is defined by Merriam-Webster as “an outbreak of a disease that occurs over a wide geographic area and affects an exceptionally high proportion of the population.”

Generally, that means it touches all corners of the globe.

One of the worst in human history was the Bubonic Plague outbreak in the mid-1300's. Historians believe the plague started in a trade port in Sicily. Others take it back further and say it started in China and made its way through Crimea to the Mediterranean.

MORE HISTORY: Did you know the first Mardi Gras was in Alabama?

For several years, the plague spread across Asia and Europe, generally following trade routes. It killed anywhere from 25 million to 50 million people.

By the 1900s the world was put on alert from the Spanish Flu pandemic.

By the latter part of the 20th century, we had the HIV/AIDS pandemic. It spread from the late 1970's and continues to this day. In 2018, there was about 37.9 million people living with HIV around the world, according to the CDC. Scientists continue to work toward a vaccine.

By 2009, the United States was the outbreak point for swine flu as it spread across the globe. The death toll is still being calculated, but scientists believe it killed anywhere from 150,000 to nearly 600,000 people.

Which brings us to COVID-19 or the new coronavirus. While there are tens of thousands of confirmed cases worldwide, it is nowhere on the scale of any of these other diseases. Additionally, coronavirus has an especially low fatality-rate.

And while experts believe more coronavirus cases will probably appear in the U.S., your chance of getting COVID-19 currently remains low.