Imagine being just hours away from death and knowing it. What are you thinking about in your last moments? For Harold Winsett, it was his wife Karen, their children, and grandson. He was thinking about time spent with them and their future without him. He couldn't breathe. 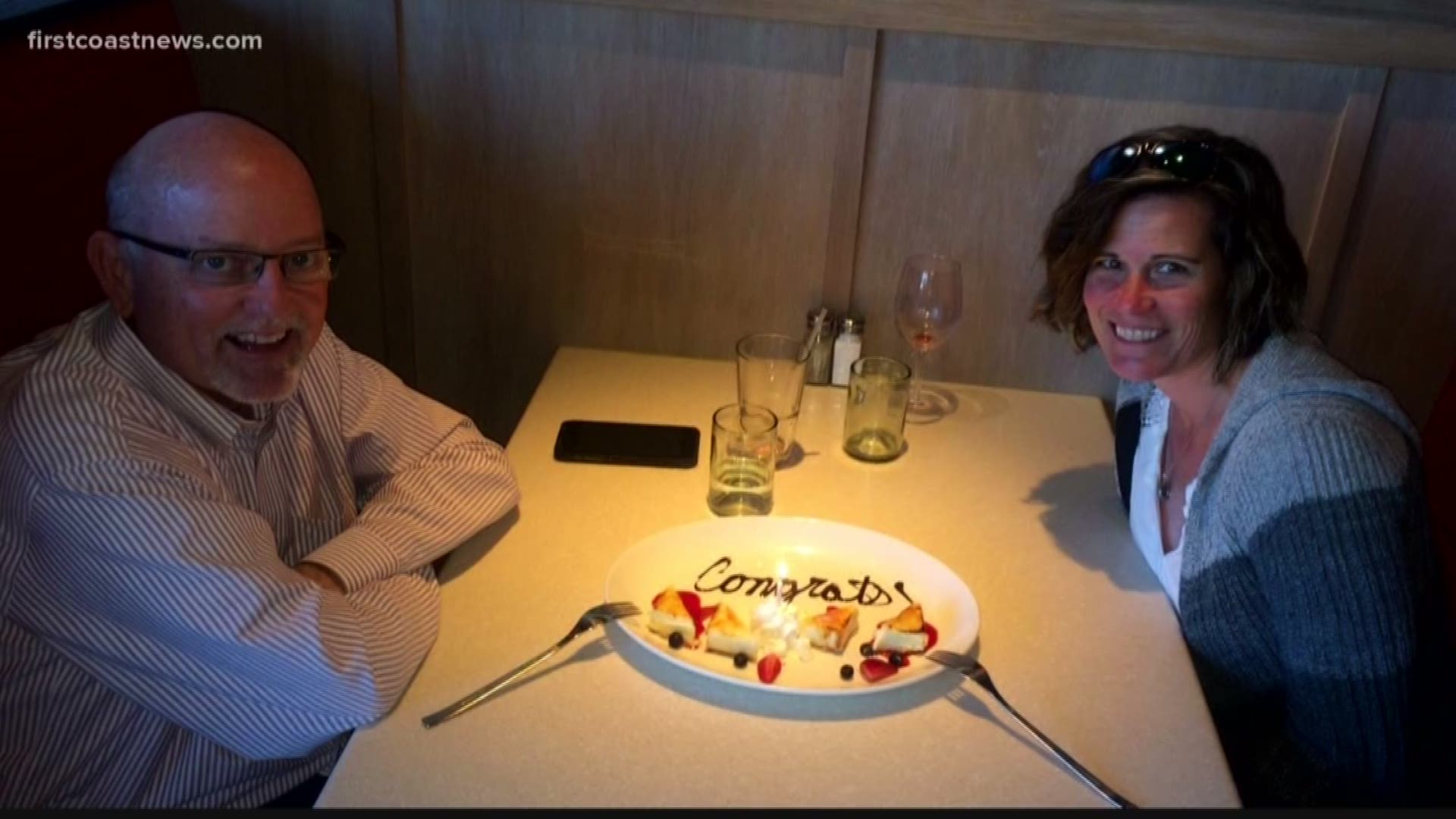 JACKSONVILLE, Fla. -- A unique kind of transplant done at the Mayo Clinic in Jacksonville gave a man years, if not decades, instead of hours.

Imagine being just hours away from death and knowing it.

What are you thinking about in your last moments?

For Harold Winsett, it was his wife Karen, their children, and grandson. He was thinking about time spent with them and their future without him. He couldn't breathe. His disease was robbing him of air.

Hope for his family, hope for him, hope for people who will be in his situation in the future.

"Would I ever get to see my children again? The thing I want to do most in the world is take my 2-year-old grandson fishing. Would I ever have the opportunity?" asked Harold.

At the end of last year, Harold didn't know if he'd get to see another day. In 2013, he was diagnosed with Idiopathic Pulmonary Fibrosis. It's a lung disease that results in scarring of the lungs. Eventually, if you don't get a transplant, you can suffocate.

It's just a matter of time.

"I started oxygen intermittently. That was at the beginning of August. By the end of August I was on oxygen 24 hours a day, 7 days a week," said Harold.

His health was declining fast.

He had a great Thanksgiving meal with his family in November. And then two days later he woke up and couldn't breathe. He was taken by ambulance from Tampa to the Mayo Clinic here in Jacksonville, waiting for a new set of lungs.

"One side of his chest was extremely small, really compacted from his disease. So, we could never get the same donor's lungs to match both sides," said Mayo Clinic transplant surgeon Dr. Mathew Thomas

Only about half of a right lung would fit in Harold's chest. Dr. Thomas knew they had to accept the next set of good lungs and fit them to Harold. It's a very rare technique called lobar transplant.

He says not more than 300 lobar transplants have been done in the U.S. It's a very difficult procedure and time-consuming. Blood vessels and airways have to all be divided out. And, if they make a mistake, they risk damaging the lobe they're transplanting. And now, patients who are in need of a double lung transplant, are listed with the possibility of having a lobar transplant on one or both sides.

"In other words, it helps us accept more donors and not be specific about the size of the donors we're accepting," said Dr. Thomas

Giving Harold years, possibly decades, instead of hours to live. More days with his wife Karen, his children, and his grandson.

Harold's transplant would not be possible without a donor. While this lobar transplant opens up the possibilities for more lungs to be accepted, they still need to come from someone.

It is really easy to become an organ donor. You can save up to 8 people with your organs and up to fifty with your tissue.
Just click on this link to sign up to be a donor.