‘They’ve given me the greatest gift’: Revolutionary cancer treatment comes to Mayo Clinic

"So basically what we are doing is trying to re-train the immune system to go after a specific target," Dr. Kharfan said about CAR-T Cell therapy. 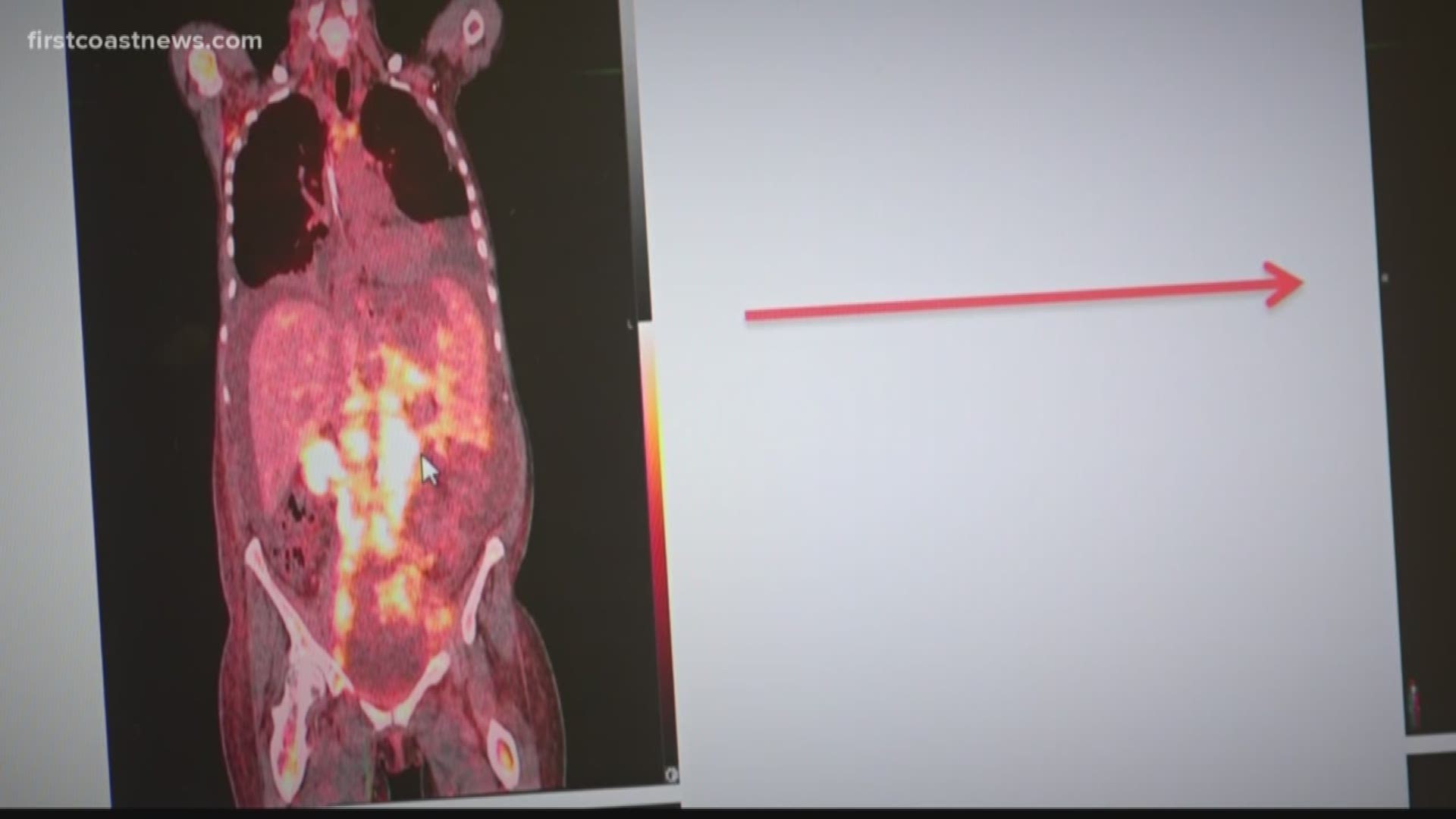 JACKSONVILLE, Fla. -- Tanis Milicevic and her family love to travel, but for so many years they were unable to plan ahead. Would she be well enough? Would she be getting cancer treatment?

Milicevic was first diagnosed with non-Hodgkin’s lymphoma 10 years ago when the younger of her two sons was just a baby. She was treated and went into remission for five to six years before the cancer came back.

“I wanted to see them be successful and grow up,” Milicevic said of her two sons, 17-year-old Max and 10-year-old Jonathan. “A big concern as a mother is just leaving my husband, like how would he be able to handle all that.”

When the cancer returned, Milicevic turned to Mayo Clinic. Under the care of Dr. Mohamed Kharfan Dabaja, director of the blood and marrow transplant and cellular therapies programs, Milicevic became the first patient to receive CAR-T cell therapy at Mayo Clinic in Jacksonville.

“Here she is over three months later with no evidence of any lymphoma in her body,” Kharfan said.

CAR-T cell therapy is the process of collecting a patient’s white blood cells and sending them to a facility to be genetically modified fight against the patient’s cancer. After the cells are engineered, which takes 16 to 22 days, they’re sent back to Mayo Clinic to be IV infused back into the patient.

“So basically what we are doing is trying to re-train the immune system to go after a specific target,” Kharfan said.

CAR-T cell therapy can be used for certain cases of leukemia and lymphoma where other treatments have failed. Mayo Clinic is the only facility in Northeast Florida to offer CAR T-cell therapy.

Milicevic underwent the treatment in June. While she suffered some extreme side effects and had a difficult recovery, she said the end result was worth it.

“It definitely was a very scary process but we’re both just very happy that we got through,” Tanis’ son, Max, said. “I was definitely a little jittery waiting for the results but based on how my mom was feeling and…I could tell that she was slowly recovering and feeling better.”

“There is no evidence of any disease,” Kharfan said.

“It was almost like you won the lottery, like here is your chance at life,” Milicevic . “Really you can’t even put into words that moment.”