He became an American citizen in 1999, the same year he graduated from medical school. 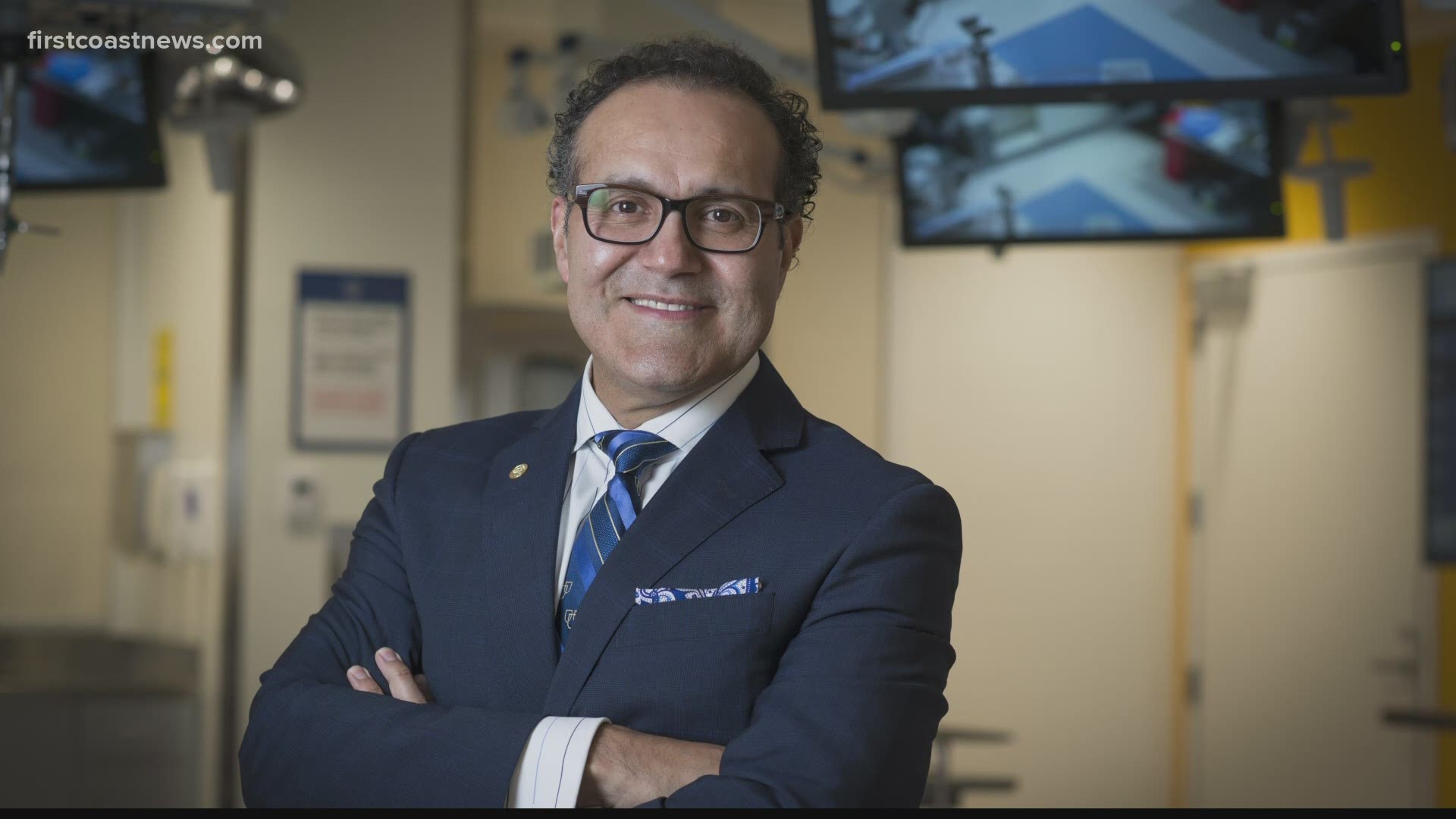 JACKSONVILLE, Fla. — As a teenager — long before he gave the commencement speech to his class at Harvard Medical School and became a Mayo Clinic neurosurgeon — Alfredo Quinones-Hinojosa would sometimes cry himself to sleep in the back of the $150 mustard-yellow AMC Gremlin that he called both transportation and home.

He was an undocumented migrant farm worker in California who had jumped a border fence on the day before his 19th birthday. He had little money and missed his family and friends in Mexico. Working in the fields, he sometimes felt invisible: The owner of the farm would walk through the busy workers as if they did not exist.

But Quinones-Hinojosa was smart, and he worked hard. And within 11 months, he’d gone from picking tomatoes with his hands to a position just below the foreman of a 10,000-acre farm, operating expensive pieces of sophisticated farm equipment.

To a welding job, where an industrial accident had left him near death. To night classes at a community college. To a scholarship to Berkeley. To Harvard Medical School, where he found his calling — brain surgery. To leadership positions at Johns Hopkins. Then to Mayo Clinic in Jacksonville, where he is chairman of neurologic surgery.

Quinones-Hinojosa — who is often called Dr. Q — is now one of four surgeons featured in a new Netflix series, “The Surgeon’s Cut.” It’s a four-episode documentary, made by the BBC, on surgeons across the world.

One episode, “Sacred Brain,” features Quinones-Hinojosa and was filmed at Mayo. It begins airing Wednesday.

In it, he speaks of his calling: fighting brain cancer and brain tumors, as part of a large team, in the operating room and in the research lab.

"I see myself,” he says in the trailer, “as a samurai that is going to fight this extraordinary monster."

And while things often move slowly in Hollywood, his life is also the subject of a movie in the works. It’s a co-production between the Walt Disney Co. and a production company owned by actor Brad Pitt that made “Twelve Years a Slave" and "Moonlight," among other movies.

Quinones-Hinojosa is 52 and became an American citizen in 1999, the same year he graduated from medical school. He grew up in a close-knit, poor family in Mexicali, Mexico, the eldest of six children.

He told his story in a 2011 book, "Becoming Dr. Q: My Journey from Migrant Farm Worker to Brain Surgeon," telling of his dreams, as a boy and a young man, for a better life and the chance to make an impact on the world.

“America is still the land of opportunity, despite all the things we hear from the right and left,” he said. “It allows people to dream. No matter what we hear in the political world, America is still a beautiful country.”

Quinones-Hinojosa leads a large team of researchers, with funding from the National Institutes of Health. He calls the brain “the unexplored frontier” and compares researchers to explorers who go into the unknown and, piece by piece, bring back crucial information.

He said approaches such as the use of stem cells, immunotherapy and nanotechnology have taken scientists closer to a place where — while they might not have a cure — they might be able to make brain cancer more of a chronic, treatable disease.

“Can we extend the lives of our patients for many, many years? Not just their life but a good quality of life?” he said. “I do believe in my heart, with my whole heart, that we will.“

"The patients are truly the unsung heroes"

The BBC/Netflix documentary was filmed with the cooperation of his patients and their families, with whom Quinones-Hinojosa joins on what he calls a “journey” — a challenging journey that never fails to leave him moved.

“I know the story is going to be focused around me, but the reality is the patients are truly the unsung heroes,” he said. “You find the steel in your soul. The human spirit is equipped to find and respond to that steel in your soul."

Quinones-Hinojosa has been fascinated by the brain since he saw his first brain surgery as a medical student. It's an operation that, in its complexity and teamwork, he compares to the work of a symphony orchestra.

And there’s the surgeon, conducting that operation.

“You have to walk the line between confidence and arrogance, and walk it back to humility, to rely on the expertise of others,” he said. “At the same time you’re leading, you’re listening to others.”

On the day before a Zoom interview for this story, he had led a difficult surgery on a young patient. He would be back at work, ready for more journeys into the frontier, early the next morning. But he had had a hard time sleeping the night after surgery, thinking, worrying, about it.

“As surgeons, we feel emotions, we feel for our patients,” Quinones-Hinojosa said. “We are not just technicians. When we cut and go deep into the brain, we are also cutting into our emotions."

Click here to read this story from the Florida Times-Union.