A simple Facebook post revealed that when it comes to Lyme Disease, there are many suffering in silence. 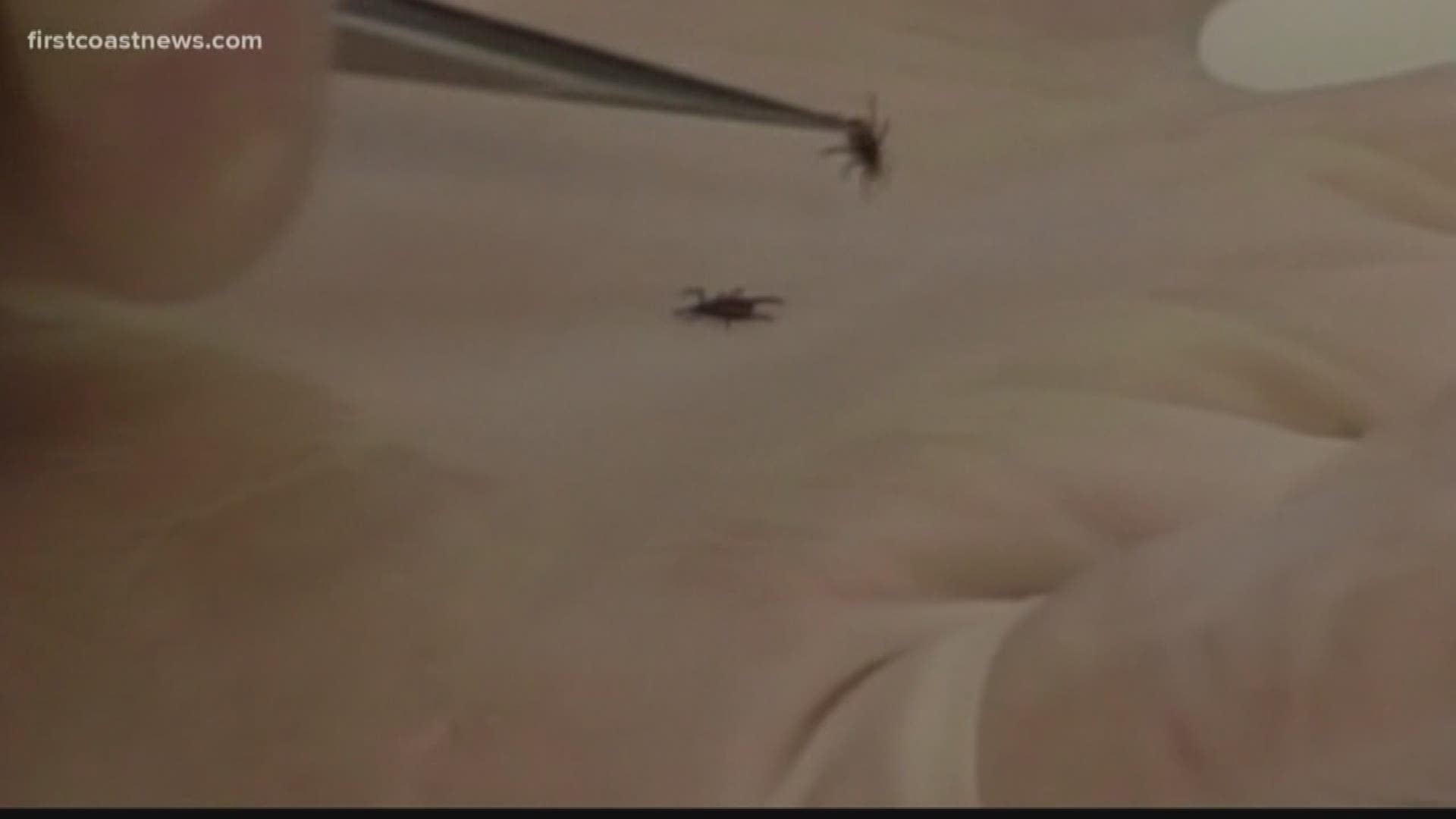 JACKSONVILLE, Fla. — A simple Facebook post revealed that when it comes to Lyme Disease, there are many suffering in silence.

"There is so much misinformation when it comes to this disease," said Betsy Hopwood.

Hopwood, a wife and mom, is living with the effects of Lyme disease.

"We are not the only ones," she said. "Yes, all five of us have Lyme disease."

Her son Sawyer is affected the most.

She said it started with severe headaches and intense fatigue, and the past three years have been extremely difficult.

"Every single organ, every system in your body is impacted," she said.

It is usually connected to a tick bite, but Hopwood said they don't when they became infected.

If you get bitten by a tick, chances are you will get a co-infection. Sawyer has been diagnosed with other infections.

"Sawyer has Bartonella, Babesia, Ehrlichia, they are several infections a tick can carry," she said.

One person wrote: "It is no joke."

"My son has been struggling for years," wrote another.

And one person stated, "I finally got help after years of struggling."

"If you talk to the Florida Department of Health and look at its website, they would lead you to believe Lyme disease is rare in the state," said Melissa Bell.

Bell is President of the Florida Lyme Association and lives with the disease.

"Here you have a public health crisis that has been largely ignored," she said.

She said there is a need for more research and paradigm shift among health care providers.

"The bottom line is parents and patients have to advocate for themselves," said Bell.

"No matter where you live in this world you should be concerned," said Hopwood.

There are many measures you can take to protect yourself from infection.

Wear suitable light color clothing if you're in the woods and frequently check your skin for ticks.

Also, apply an insect repellent containing the active ingredient DEET and Picaridin and treat your clothing with Permethrin.

The best prevention is awareness.