One year ago, Malea Guiriba of St. Johns County suddenly became paralyzed with a rare disease. 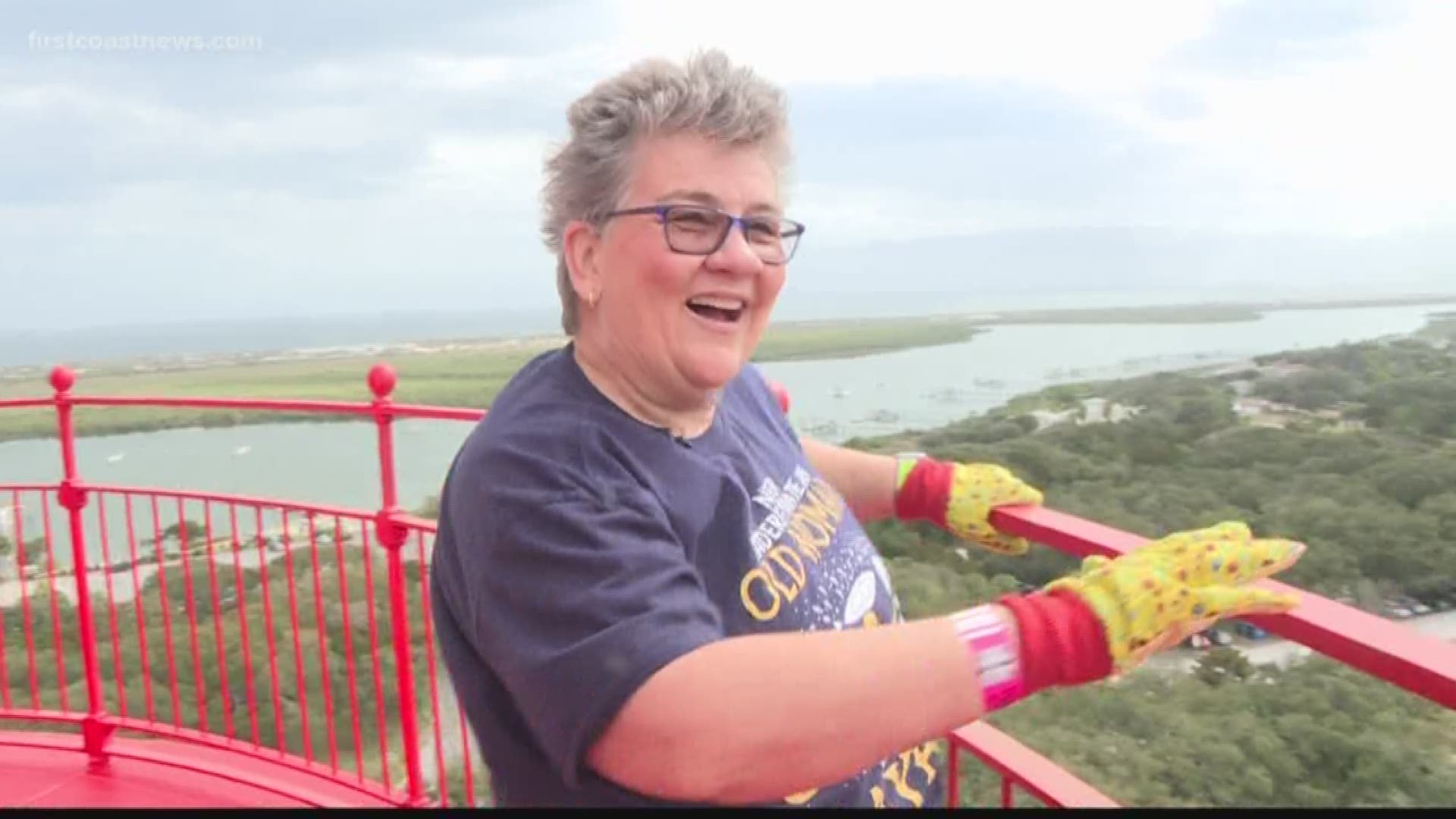 A year ago to the day of the diagnosis she set out to climb the St. Augustine Lighthouse.

Guiriba was surrounded by friends and family on the grounds of the lighthouse.

"I hope I get up there. I hope I can get back down," she admitted.

A year ago, climbing the lighthouse would have been impossible.

A year ago, Feb. 19, 2018, Guiriba was diagnosed with Guillain Barre Syndrome, or GBS. She became paralyzed in a matter of days.

"The original doctor said I might not walk again," she said.

But he told that to the wrong lady.

Guiriba is strong-willed. She is an activist. Several years ago she was helping the poor and farmworkers in Hastings.

She has also created a program called Pie in the Sky which provides food to hundreds of elderly in St. Johns County who have fallen through the cracks.

Then GBS put her pain and in the hospital for weeks.

But with her two daughters by her side, with physical therapy, and with a circle of friends, Guiriba beat the odds, step by step.

It's just how she climbed the lighthouse Tuesday, all 219 steps of it.

And, she came through the illness and the lighthouse trek with a new perspective on life.

As she stepped onto the top deck of the lighthouse, she smiled, "Wow. Check it out. Woohoo. I've never seen this from up here."

Her daughter, Christine Guirba, said, "It's nice to see her walking and healthy again. It was a scary time this time last year."

Guiriba, a spunky lady, had a message for that disease known as GBS at the top of the lighthouse:  "GBS can kick it!"

Now, Guiriba and her girls have a new way to remember February 19.