A therapy using a radioactive substance is used to treat certain types of neuroendocrine tumors. 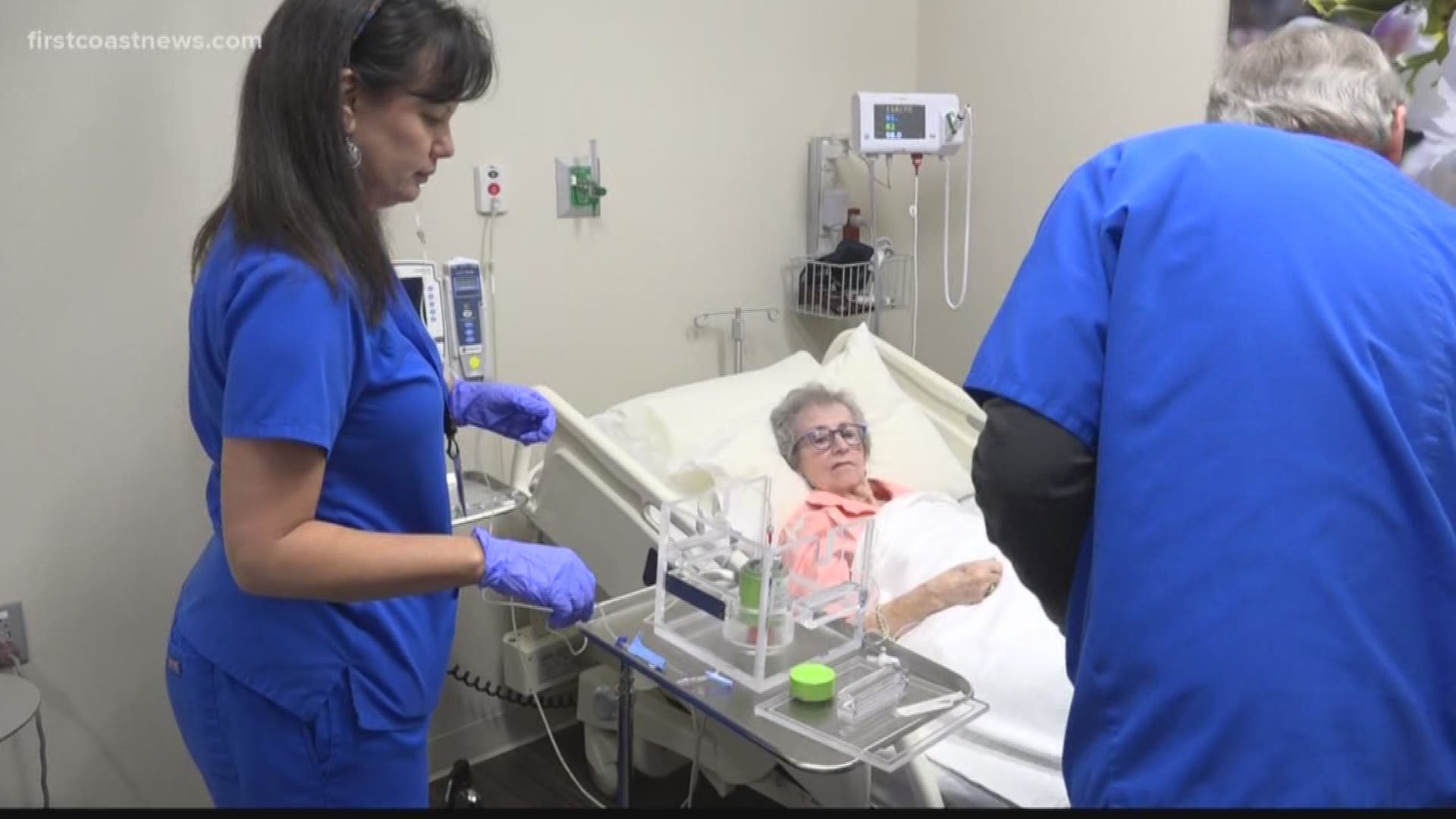 The term “nuclear medicine” is enough to make your ears perk up. It is also revolutionizing cancer treatment in Northeast Florida and beyond.

Just ask Mary Gusky, who has been treated at Mayo Clinic in Jacksonville since her initial cancer diagnosis about 12 years ago. Gusky, who lives in DeLand, Fla. is a great-grandmother and an administrator at a free healthcare clinic.

Gusky finally got her answer at Mayo Clinic, where she was diagnosed with a pancreatic neuroendocrine tumor.

“You know, it’s the kind of thing that happens to other people,” Gusky said of her cancer diagnosis. “It doesn’t happen to you.”

Gusky underwent surgery, but the cancer came back in an inoperable form about five years later. After trying multiple other therapies, Gusky became one of the first people to receive peptide receptor radionuclide therapy, or PRRT.

“I was very nervous,” Gusky said. “In my mind I’m thinking, am I gonna feel this? Will it make me feel different? Will I be a different person?”

Mayo Clinic is one of the few centers in the country and the only center in Northeast Florida to offer PRRT.

“The actual treatment is only a 30-minute infusion given four times over a period of eight months,” Dr. Pashtoon Kasi, assistant professor of medicine and oncology at Mayo Clinic, said.

PRRT combines a drug that targets cancer cells with a small amount of a radioactive substance.

“It then can deliver, literally, the drug through the IV infusion, the drug finds its way to the target and then delivers the radiation inside,” Kasi said.

While Kasi stopped short of using the word “cure,” he said the treatment controls the tumor, minimizing or stopping growth.

That means more time for Gusky, who just turned 80 years old and is looking forward to many more years.