A parent told the community manager that up to 80 children could have been infected. 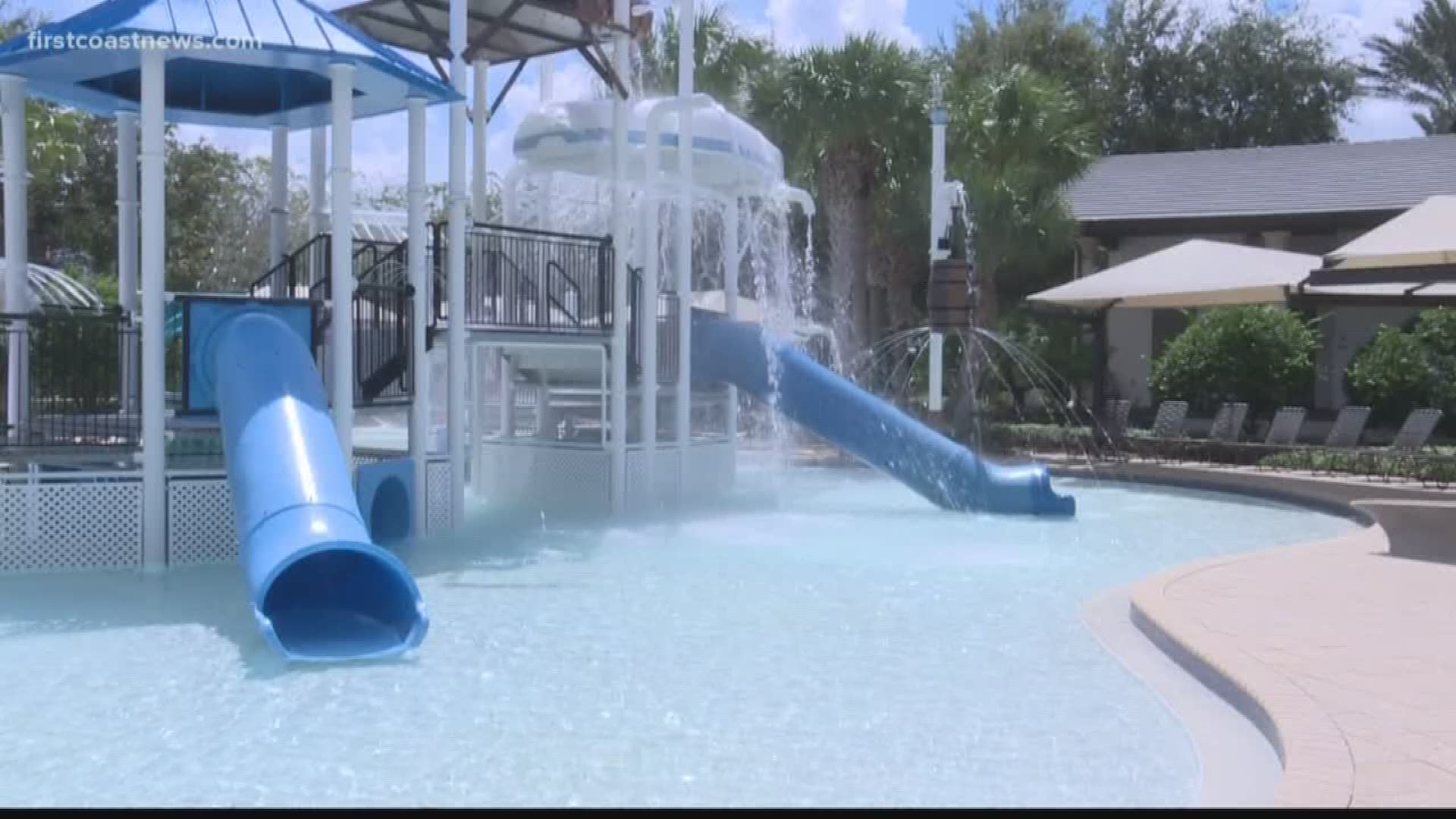 The Nocatee Splash Waterpark is testing its water after social media comments from a private mom's group surfaced over the weekend.

The mothers questioned whether or not their children had gotten sick after recent trips to the waterpark. Currently, there isn't a direct link to any illness.

Community Manager David Ray says the waterpark is testing its water with an independent company from Gainesville, Fla. BCS is conducting the testing and the results are expected by the end of business Friday.

Ray said he noticed the comments on social media, but as soon as he received a call Monday from a parent telling him up to 80 children could be affected, his staff got to work on Tuesday. Over 1,800 chairs, pool decks and equipment were immediately disinfected.

The staff’s 11 certified pool operators have been testing the water nearly every hour. Usually, they test every two hours. Tests that compare PH and chlorine levels to their automated systems results. So far, nothing is standing out as unusual.

Ray adds that the quality of the water has not been directly link to any illness in these cases or in previous years.

“This splash park has been here since 2010 and we have never had any known incidents where any illness has been caused by the quality of the water or anything at the water park," Ray said.

A mother did tell First Coast News she reached out to management to make sure that they were aware of the illness and to test the water, adding she will be waiting for the test results and hopes to return to the waterpark soon.

“Safety of the residents and safety for the family and children of the area is what’s most important to us,” Ray said.