New technology connects doctors with stroke patients while in ambulance

The new mobile "telestroke" program allows doctors to perform a stroke evaluation via video chat ahead of an ambulance. 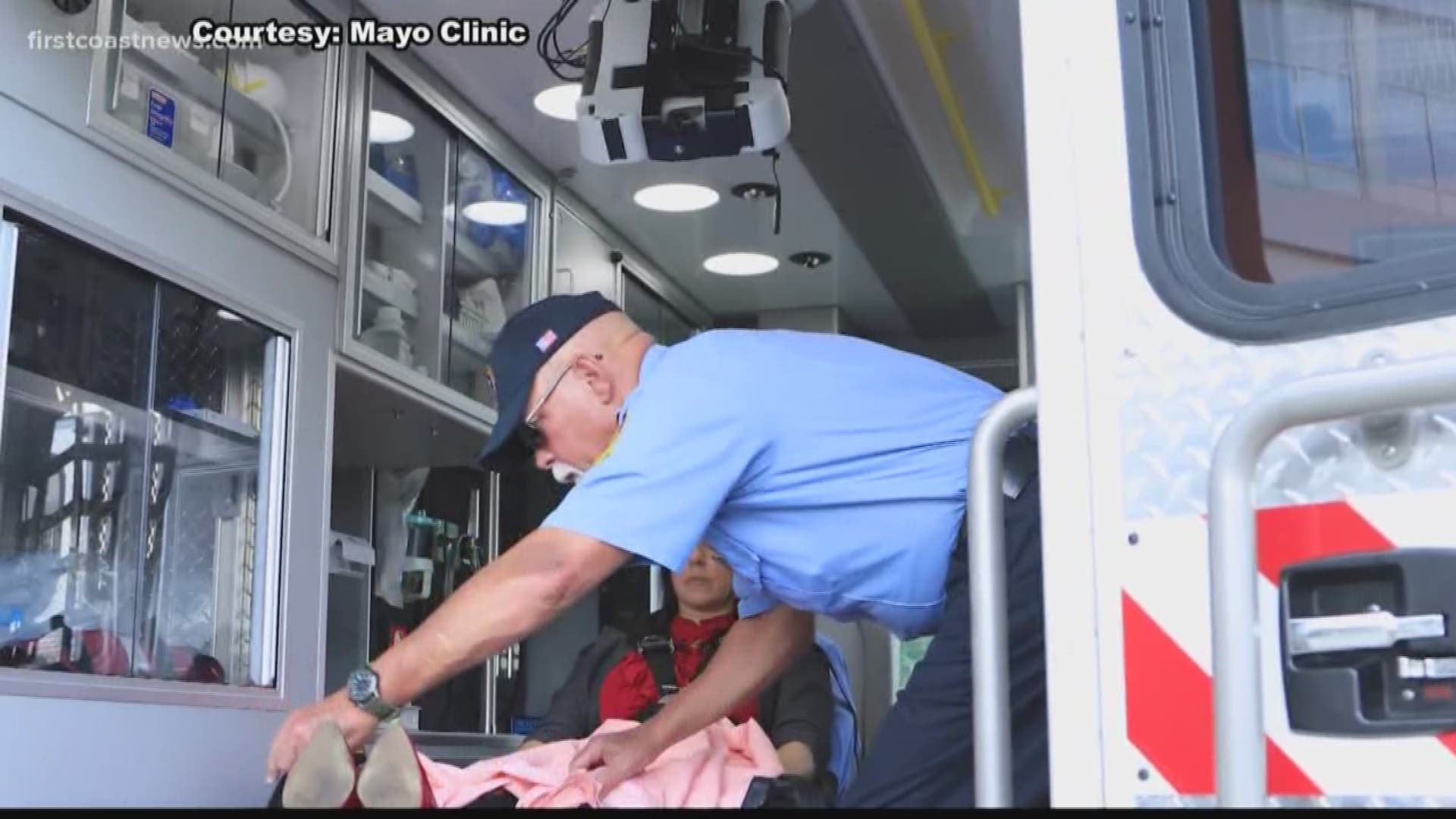 Every minute matters when someone has a stroke, new technology in Northeast Florida is cutting down response time by connecting doctors with patients before the ambulance ever arrives at the hospital.

“Stroke is extremely common,” Dr. David Freeman, professor of neurology and neurosurgery at Mayo Clinic said. Freeman said an estimated 800,000 people in the United States have a stroke each year.

Mayo Clinic and Century Ambulance have partnered to launch the mobile "telestroke" program servicing the Jacksonville Area. The program is through the Mayo Clinic Center for Connected Care, which brings care to patients where they need it.

“This technology basically allows the doctor to beam into the ambulance and see the patient before they ever arrive at the hospital,” Freeman said.

The doctor performs a stroke evaluation via video chat to get a better idea of what they need or don’t need when the patient arrives at the hospital.

“We’re eliminating a step that would have to take place in the hospital by doing it on the truck, in transit,” Ferreira said.

That means saving critical time. In fact, during the program’s pilot, they cut down about 7.5 minutes.

“Those seven and a half minutes can make the difference between someone being in a bed-bound state verses walking out of the hospital,” Freeman said.

Currently, Century Ambulance has two ambulances outfitted with the telestroke technology, running 24 hours a day. Ferreira hopes the technology will only advance from here, helping people throughout the First Coast.

“It will change a lot of lives, I’m confident of that,” he said.