A new definition of Alzheimer's Disease for research allows people to be diagnosed without showing symptoms. 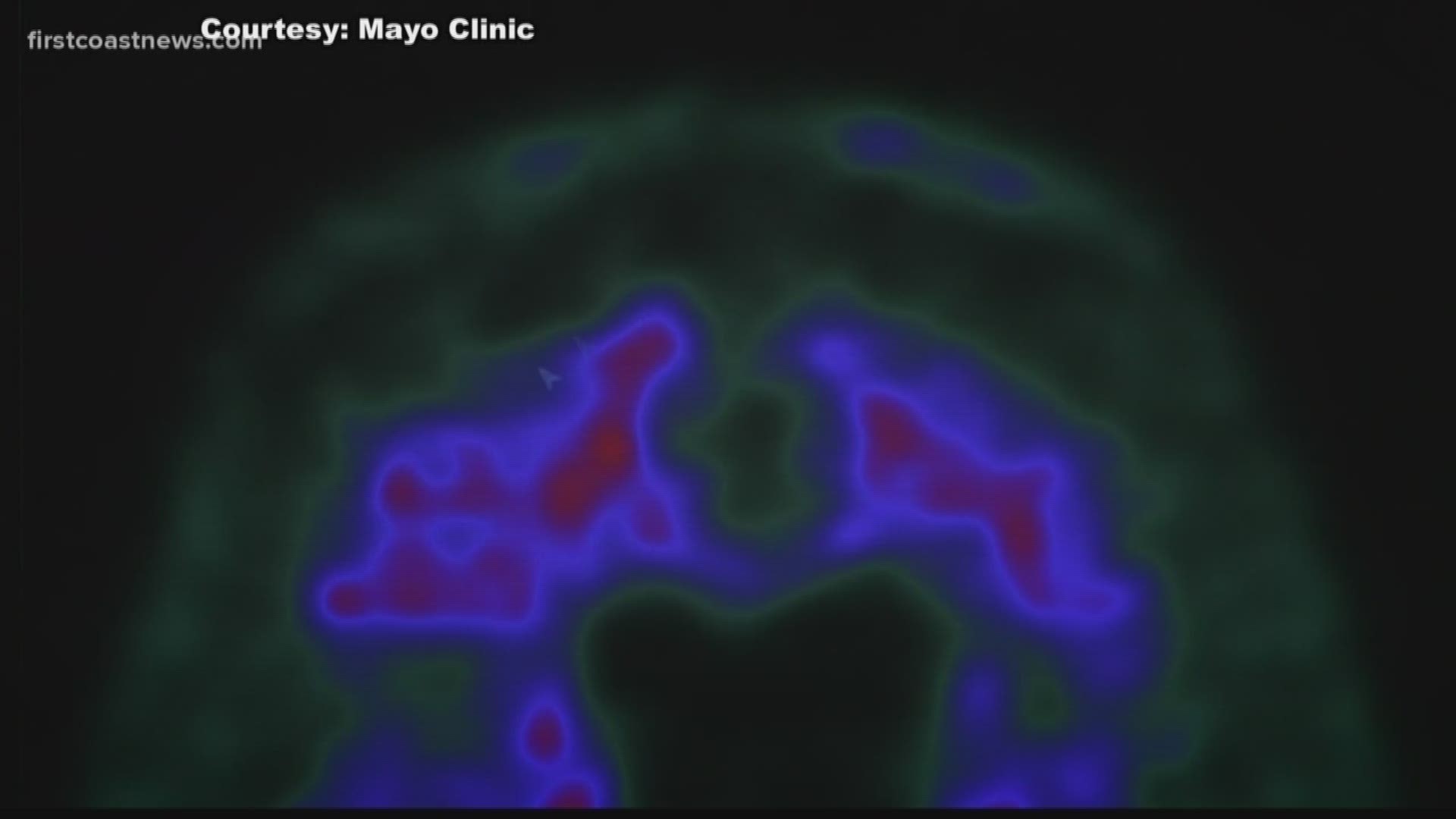 JACKSONVILLE, Fla. - When you think of Alzheimer’s Disease, you likely imagine the confusion, memory loss and other symptoms that go along with it. Under a new framework for Alzheimer’s Research, the disease would no longer be defined by these symptoms, but rather by physical characteristics in the brain.

Dr. Neill Graff-Radford, a neurologist at Mayo Clinic in Jacksonville, said the presence of so-called plaques and tangles signals an Alzheimer’s Disease diagnosis. In the new research framework, people can be diagnosed with Alzheimer’s before they show symptoms.

“So a person can have Alzheimer’s Disease in the brain when they are absolutely cognitively normal,” Graff-Radford said.

People can be tested for plaques and tangles during an autopsy or through the spinal fluid or brain imaging while alive.

If a person is diagnosed before they start showing symptoms, researchers can attempt to develop treatments to prevent the onset of symptoms. It's a similar approach to studying and treating other ailments, like heart disease before a person suffers a heart attack or stroke.

“Can we now intervene and prevent that Alzheimer’s Disease going on to become symptomatic,” Graff-Radford said.

Graff-Radford noted that all this is currently only for research purposes and the tests are not recommended for the general public.

Anyone wanting more information on the research or who is interested in participating should contact Mayo Clinic’s Alzheimer’s Disease Research Center at 904-953-6523.