"It's important to me to get awareness out there because there are kids who are being labeled as lazy, as not smart," she said. "I want teachers, I want the community to know that with the right platform students can and will be successful." 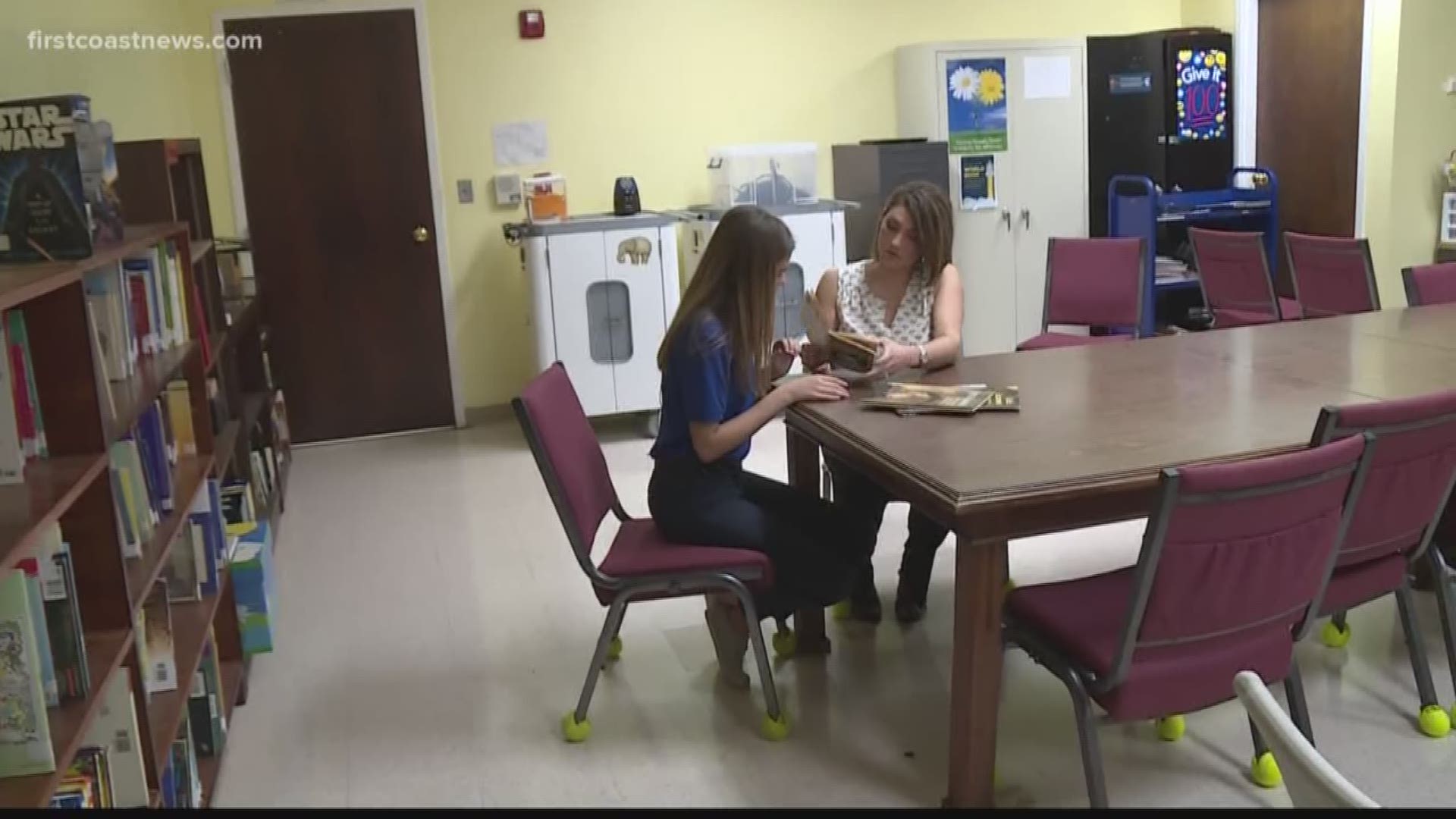 JACKSONVILLE Fla. – One-in-five people are dyslexic or have a related learning difference. It's a condition that affects millions of students. It can cause serious self-esteem and disciplinary problems if not recognized and treated.

Take Grace Barmad,13, as an example. She fell behind several grade levels. At one point, she said she gave up and wanted to quit school because of dyslexia. It took years of painful lessons learned in classrooms where she felt alone.

“I started seeing the signs towards the end of kindergarten she could not put the sounds with the letters together,” said Grace’s mother, Kelli Votaw. “Phonics didn't make any sense.”

"Someone could explain it to me like five different times and I just don't get it”, Grace said. “It feels like someone told you a problem in gibberish. If you see numbers on paper they sometimes move. I think I'm adding like a letter to it."

Grace was able to finally find help at the DePaul School of Northeast Florida. Their motto is “We Teach The Way They Learn,” and she wants to offer hope to students now struggling as she once did.

"Students with dyslexia, the part of their brain that looks at 2D paper and sees letters, it is wired differently so their brains are not wired to read like a typical learner,” said Amber Oliveira, Head of School at the DePaul School of Northeast Florida. “The rest of their brain, their intelligence is typical however their ability to read is not typical."

Grace said she cried a lot before she found DePaul School.

“You feel really dumb sometimes like you'll see all of your classmates acing it," she said. "They'll be having a great time and you're just sitting there pretending you know what you're doing but really you're just doodling on your paper and you really just want to cry inside. You feel worthless."

Oliveira said her goal is to bring awareness to dyslexia and the effect it could have on students.

"It's important to me to get awareness out there because there are kids who are being labeled as lazy, as not smart," she said. "I want teachers, I want the community to know that with the right platform students can and will be successful."

Grace said she too is encouraging dialogue when it comes to dyslexia.

"People think they're alone but they're really not,” Grace said. "I gave up so many times. There was a point when I wasn't going to go to school. Like I genuinely felt like I was going to quit school. But you just gotta keep going."

To learn more about the DePaul School of Northeast Florida visit their website.

To learn more about Dyslexia, its symptoms, diagnosis and treatment, visit the Mayo Clinic website.