Jacksonville woman fights back against Parkinson’s disease with boxing classes

A Jacksonville woman is fighting back against Parkinson's Disease and helping dozens of others do the same. 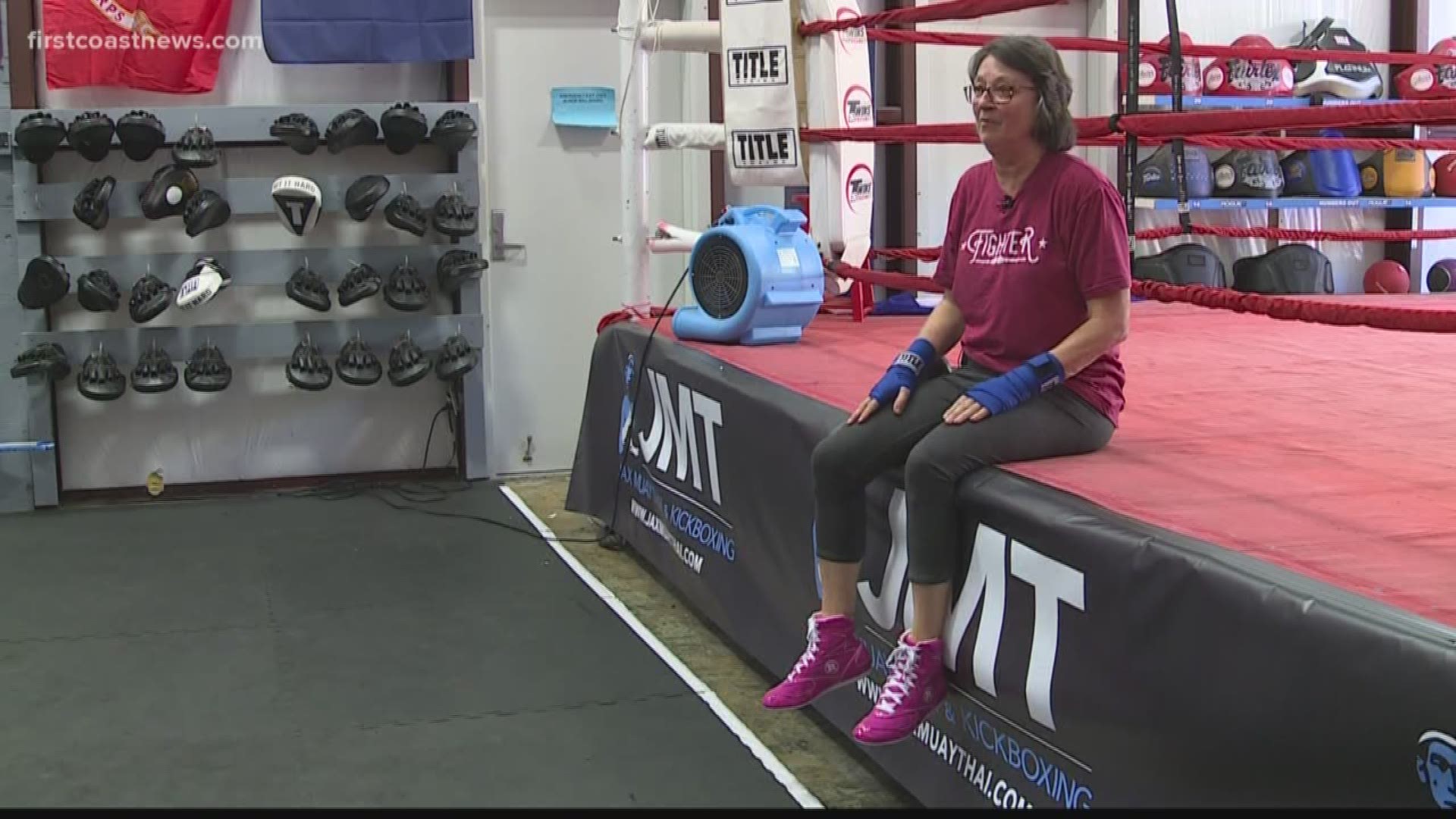 JACKSONVILLE, Fla. - A Jacksonville woman is fighting back against Parkinson’s Disease and helping dozens of others on the First Coast do the same.

“I remember I was sitting at the computer and I felt the twitch at my toe,” Gray said. “And then I knew it was neurological.”

Gray was diagnosed with young onset Parkinson’s disease. Parkinson’s is a brain disorder that leads to shaking, stiffness and difficulty with walking, balance and coordination. It can progress to cause difficulty swallowing and speaking. The National Institutes of Health estimates there are around 500,000 people in the United States living with Parkinson’s.

“I didn’t want this for my husband. I didn’t want it for my kids,” Gray said. “So I knew I had to fight back, not just for myself but for them.”

Gray and her family moved from Atlanta to Jacksonville. She had previously heard of Rock Steady Boxing, a program focused on balance, coordination and strength for people with Parkinson’s, but couldn’t find a location nearby.

“[I thought] how hard could it be?" Gray recalled. “We’ll just start one here because I can’t be the only person who needs this program in this town.”

Gray launched Rock Steady Boxing Jacksonville, based out of the Jacksonville Muay Thai gym on Beach Boulevard, in January 2017.

It started with nine members and has since grown to more than 30.

“Who would’ve thought at my age I would have been boxing!” said Marsha Franklin, who is one of the original nine.

Franklin was diagnosed with Parkinson’s in 2014 at age 62. She started noticing symptoms a year earlier.

“I went to brush my teeth with my right hand, and my left hand is mimicking it,” Franklin said. “And I can’t stop it.”

Franklin’s conditioned worsened to where she could barely walk without falling. She started at Brooks Rehab and eventually found Rock Steady Boxing.

In addition to the physical activity to help alleviate symptoms, the classes bring together people who understand one another. It’s beneficial for not only for the person with Parkinson’s, but also their loved ones.

“[People tell me] thank you for giving me my husband back, thank you for bringing the smile back to my wife, now my spouse will go out, they have more confidence they’ll go out in public, it’s life changing!” Gray said.

In May, Rock Steady Boxing Jacksonville will begin classes at a second location. To learn more about locations and classes, click here.