A wireless pacemaker is the first of its kind in Northeast Florida and doctors say it could serve as a lifeline for those suffering from heart disease. 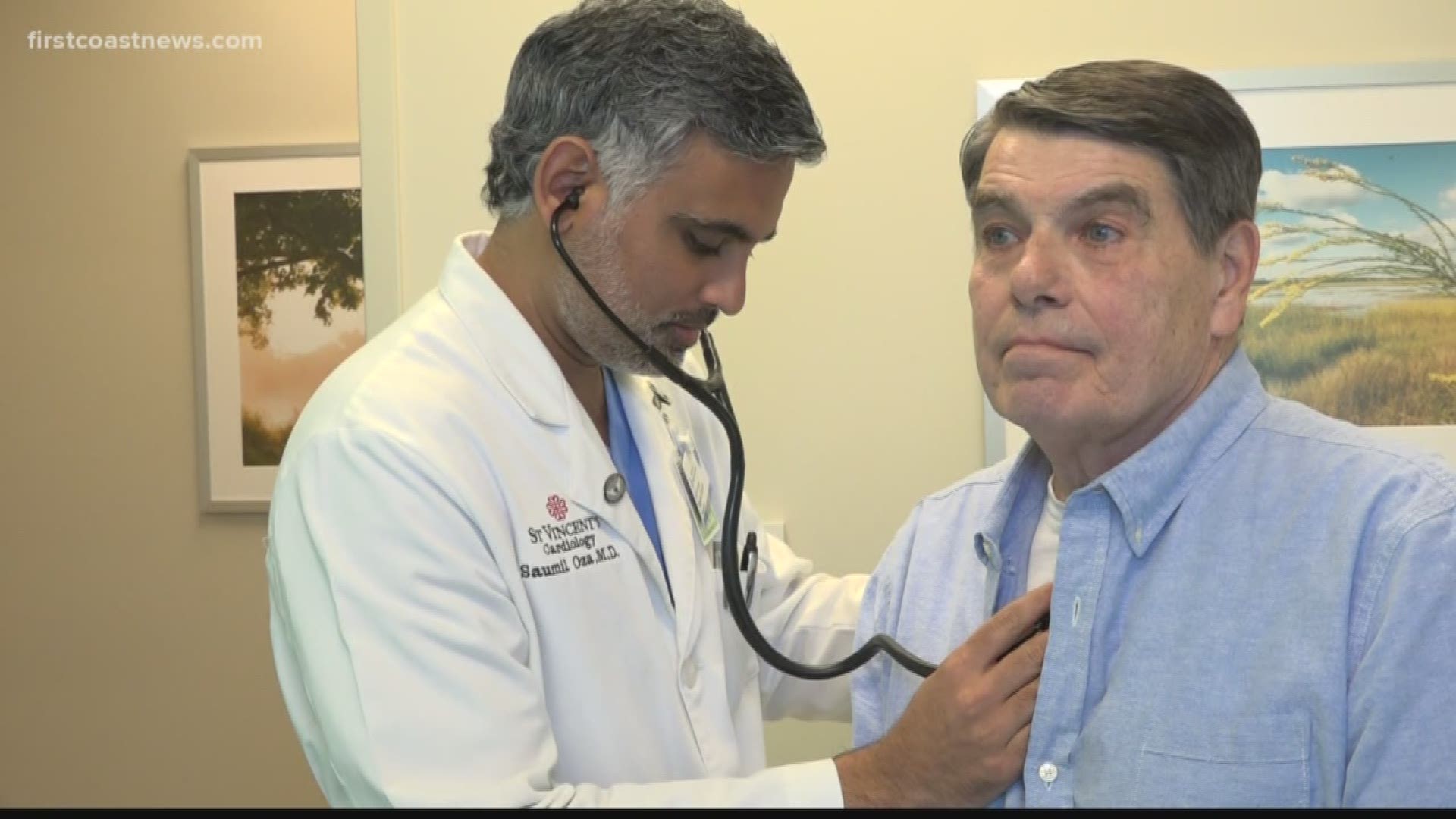 JACKSONVILLE, Fla — A breakthrough device known as a wireless pacemaker is now being tested in Jacksonville. It’s the first of its kind in Northeast Florida and doctors say it could serve as a lifeline for those suffering from heart disease.

Its no secret, heart disease is the leading cause of death in the U.S.

According to St. Vincent’s Research Center, 200,000 patients are treated with pacemakers, however, 30 percent of those patients do not respond well to the devices. Kenneth Stoll is 73 years old, and is among those patients.

Two years ago, Stoll moved to Jacksonville to enjoy retirement with his wife and grandchildren. Shortly after relocating, his health started to decline. He suffered from severe heart disease, causing multiple heart attacks.

“Last year, in 2019, I lost a year," Stoll said. "I basically couldn’t do much of anything, dealing with congestive heart failure, the lack of complete heart function and just being tired. 2019, for all intents and purposes, for my wife and I, it didn’t exist. I mean, we didn’t do anything."

His heart was functioning severely below normal at just 17 percent. He went through six operations. Doctors tried to treat his symptoms with a traditional pacemaker and a defibrillator. Both were unsuccessful. At this point, Stoll was out of options and in dire need of a lifeline.

“I don’t know if I would have six months left," he said. "If it wouldn’t be for this device, man, I have no idea, because my heart is weak and it just doesn’t function properly."

Stoll was introduced to the WiSE CRT System trial program and became the first patient in Florida to receive this wireless pacemaker. Dr. Saumil Oza, at Ascension St. Vincent's, performed the operation.

“He was at the very end of what the heart could tolerate," Oza said.

The breakthrough device is no bigger than the size of a grain of rice. Here's how it works:

"We use an ultrasound beam to convert to electricity in order to stimulate that electrode, allowing the heart to beat from the inside out, rather than the outside in like the conventional re-synchronization therapies that we’ve had in the past," Oza said.

It's that small difference that Oza says has made it successful for patients like Stoll, who don’t respond well to traditional pacemakers. The device has improved Stoll’s heart health significantly. It now functions above 30 percent, with 50 percent being the normal range according to Oza.

"It allows the heart from beating off sync or off-kilter with the right and left sides not beating quite together," Oza said. "It re-synchronizes so the left and right beat together, that in essence in most people, improves the heart function, improves symptoms and actually improves the length of life these patients will live."

Oza also said the device helps prevent blood clots and reduces the likelihood of a stroke. Stoll can now enjoy what he says is most important -- his family.

"This device made a major change in my life, and I hope it does for a whole bunch of other people," Stoll said.

Enrollment for the trial program is now open until October 2020. If you’d like to find out more information about the wireless technology, call Ascension St. Vincent's Riverside at 904-308-6405.