Dr. Staci Tanouye says she wants to destigmatize the information about women's health. She is a gynecologist in Jacksonville Beach. 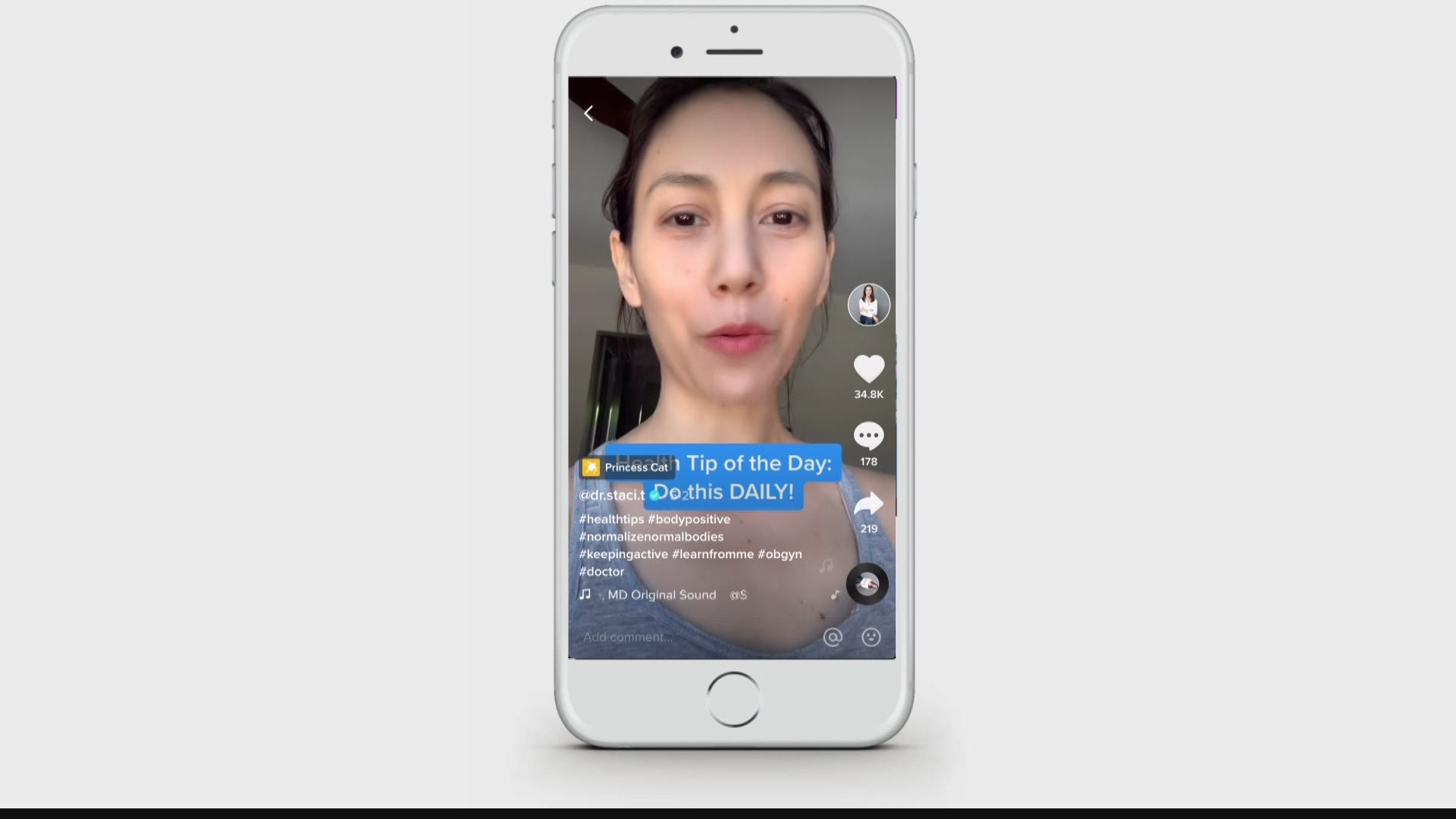 JACKSONVILLE BEACH, Fla. — There are some topics when it comes to health that many of us feel uncomfortable talking about, even with our own doctors. A local gynecologist is educating hundreds of thousands of people about women’s health, even when patients weren't able to come into the office.

“We had a good two-month period there where all preventative care was pushed to the side.”

About six months ago, many business were forced to close their doors. Safer at home orders were put in place, but you don’t have to be in Dr. Staci Tanouye’s exam room to get the information you want on women’s health.

You actually don’t even have to be her patient.

Tanouye, known as Dr. Staci T online, has more than a million followers on Tik Tok, millions of views, and about 55,000 followers on Instagram. She shares information many may consider taboo.

I’m guilty of giggling about TMI topics. @DrStaciT knows a lot of people feel awkward asking their doctors about their body. So from the comfort of modern technology, she’s informing people around the world about those “taboo” topics. Here’s a safe-for-work example ⬇️ #GMJ pic.twitter.com/xDRs42oOqM

“Being online and on social media and getting out there and talking about it and getting this information is really just trying to destigmatize all of that," she said.

She uses TikTok specifically to reach a younger demographic, educating young women about their bodies.

“We never want to see patients feeling embarrassed or in the dark about things because often times if they feel embarrassed about something, it is really something they should be asking and should be talking about," Tanouye said. "Me putting that information right in front of their faces at the get go is really me just trying to take a step for them first.”

Think of it as health class for 2020. She talks about everything from tools used during a woman's annual checkup to menstrual cycles and sexual health.

She also spends time debunking medical myths that are posted online. Going by the number of likes, views, and follows, it is obvious that people want this information.

“So many people want it, need it and really highly desire this taboo and stigmatized information and they seek it out so much," she said. "It’s become much more than a way to expand my patient base. It’s gone far beyond that.”

Tanouye hopes having this information at your fingertips will empower women to ask more questions and take care of their bodies.

You can find her on TikTok and Instagram as @dr.staci.t.