One Year Later: Beating Cancer Together

JACKSONVILLE, Fla. -- "Ah, she will always be beautiful. Forever." That's what Martin Ramos said about his wife Laurie last year. He was speaking with us about their battle against breast cancer. Eventually, they did beat it, together. 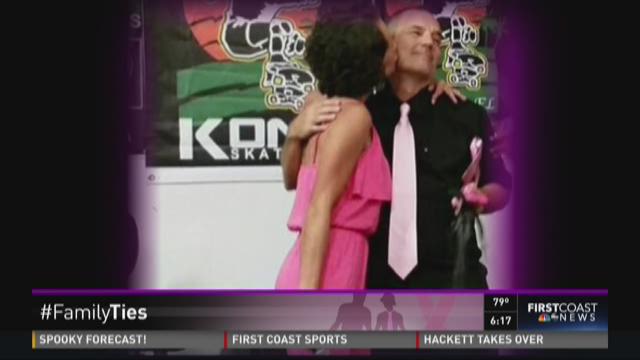 JACKSONVILLE, Fla. -- "Ah, she will always be beautiful. Forever." That's what Martin Ramos said about his wife Laurie last year. He was speaking with us about their battle against breast cancer. Eventually, they did beat it, together.

We are following up with them one year later to find they are more involved in the community than ever before, helping with fundraisers and events benefiting cancer patients and research.

Laurie also now leads a weekly exercise group that also focuses on empowering women. They meet at Jacksonville Beach every Wednesday morning. Sometimes Martin will drop by to say hello or see if they need help clearing debris left over from Hurricane Matthew.

"He's nervous because we call this 'girl tribe' and so normally it's just girls, and so on our anniversary he actually showed up with champagne and served it to us girls," said Laurie. "So he has had a small taste of 'girl tribe' but he's probably over there trying to figure it all out"

As 'girl tribe' kicked off, Martin, opened up to us about his journey through it all.

"Am I proud of my wife? How can I not be? I was proud of her long before this," said Martin.

"You know, what doesn't kill you makes you stronger, right? Definitely didn't kill her… And she is stronger for it. Because you get good news and you get bad news and everything changes along the way"

Martin said it is all about adapting to those changes and rolling with the punches. However, there is one change they made sure to avoid in order to avoid becoming another stat...

Marty has a message for men from his own experience," said Martin. "You have to toughen up, you have to accept what's happened. Early on I realized how important it was just for me to be there. It sent a strong message to our family, to our children."

That strength and unity is what kept them together and made them even stronger. Because, when the going gets tough, well, you know…

"It's almost like, oh you're going to come after us? We're not going to take that!"