What's up with the fancy skirts, Tim? Why our chief meteorologist gets frilly for the Donna

It started out as a way to raise extra money for breast cancer research and care and quickly became a tradition. 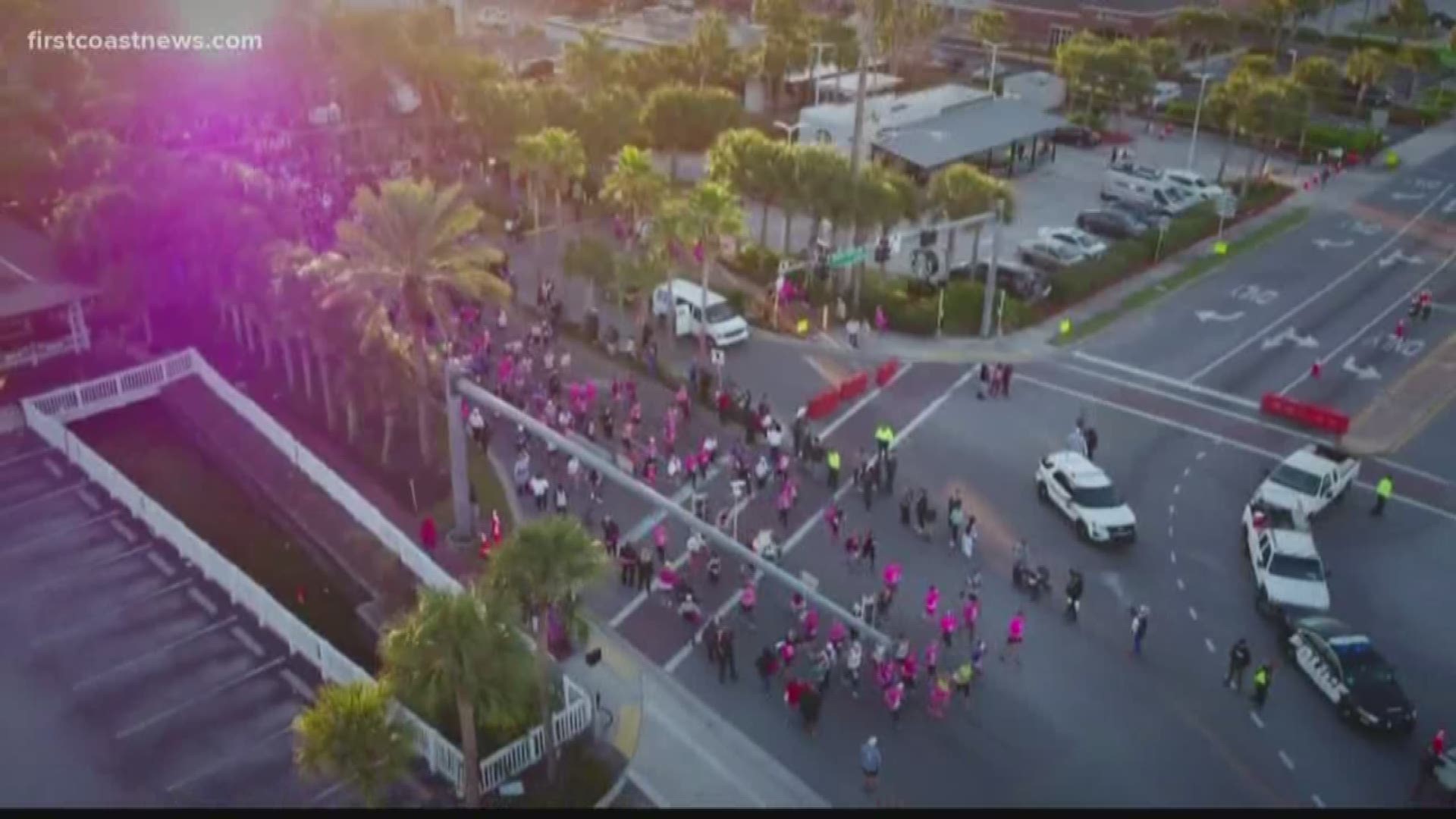 JACKSONVILLE, Fla. — You can count on Chief Meteorologist Tim Deegan to rock a colorful skirt during The Donna Marathon, the annual race started by his wife, former First Coast News anchor Donna Deegan.

The first time Tim Deegan donned the festive gear, our news partner, The Florida Times-Union, wrote the following article. It was 2011. And thus a tradition was born.

Tim Deegan has a new appreciation for women.

The First Coast News chief meteorologist added to the spectacle of Sunday’s 26.2 with Donna by running The National Marathon to Finish Breast Cancer in a hot-pink skirt.

Deegan, who’s the husband of race founder Donna Deegan, told the crowd before the race that 36 degrees had never felt quite like that before.

He even suggested that he would consider adding a “women’s” wind chill factor to his forecasts.

“It was nice and breezy,” Deegan said after the race. He and Donna finished in 5 hours, 49 minutes. “As a meteorologist, you like to be very sensitive to the changes.

“I felt like I was a little more aware of what was going on today,” he said, smiling. “When the sea breeze kicked in, I could feel it.”

Deegan, who wore pink shorts under the skirt, said he wasn’t sure of the total raised, but that money was still coming in, so he decided to “be optimistic” and run all 26.2 miles in the skirt.

“Everybody said ‘Tim, I’ve never seen anybody look better in a skirt,’ which offended me a little bit,” Donna Deegan joked after the race. “We must have taken a million pictures. That’s what I love.

“We just have fun being out with everybody.”