Bouncy Hunters was born out of Andi Sharp's need to help other's with breast cancer who can't help themselves. 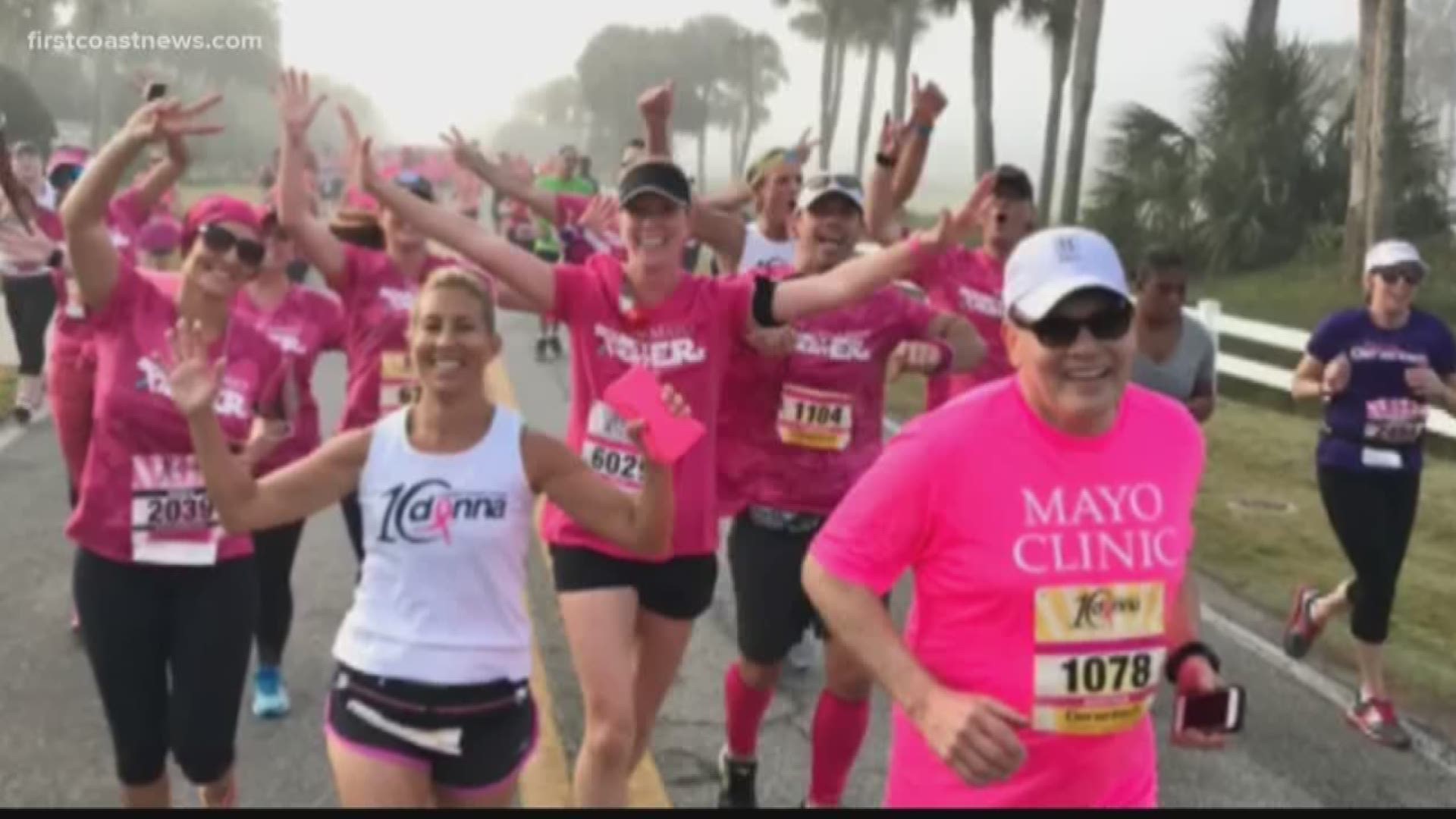 A local physician who was diagnosed with breast cancer has transformed her personal experience into a supportive group for others fighting a similar battle.

Andi Sharp is used to taking care of other people.

Then, her life took a turn.

"I felt something in my breasts," Sharp said.

Breast cancer is something she never thought she’d run into.

"I don’t have any risk factors for breast cancers, no family history," Sharp said.

Three weeks after her discovery, she got a mammogram - and a twist.

"Interestingly, what they found was not what I was feeling at all," Sharp said.

The lump she found turned out to be nothing, but just seeing the doctors reaction to her scans, she knew something wasn’t right.

"The way the radiologist spoke to me was the way I speak to patients when I’m not ready to give them a definitive diagnosis," Sharp said.

That harmless lump that brought her to the doctor led them to find an early stage of breast cancer that was undetectable by self-exam.

"It was interesting when I was diagnosed to have to sit in that setting [as a patient] and then as a person going through treatment," Sharp said.

She says the experience gave her a whole new perspective.

"I knew that two months from the end of my radiation, I would be back [to] doing the things I love," Sharp said. "There were other people as I sat in those treatment rooms that didn’t have that confidence."

In the end, all those twists and turns led her down a whole new path.

With Bouncy Hunters, Sharp and her group are able to run in the DONNA for all the people fighting breast cancer who can’t. They also do a range of other events and fundraisers throughout the year.

"Every one of us will be challenged by a diagnosis of breast cancer," Sharp said. "It’ll be your mother, your sister, your cousin, your niece. We’re hunting for a cure."

Bouncy Hunters are doing a shoe drive fundraiser throughout the month of February. They are collecting gently worn athletic shoes that will go to under-served populations, primarily those in Haiti. All of the proceeds will go back to the DONNA foundation.

If you would like to donate, Sharp says they will be placing large Bouncy Hunters cardboard collection boxes at different locations around Jacksonville.

They will be at:

The collection boxes can also be found at the at the expo being held throughout DONNA marathon weekend located at 500 Atlantic Blvd. near the old K-Mart in Neptune Beach.