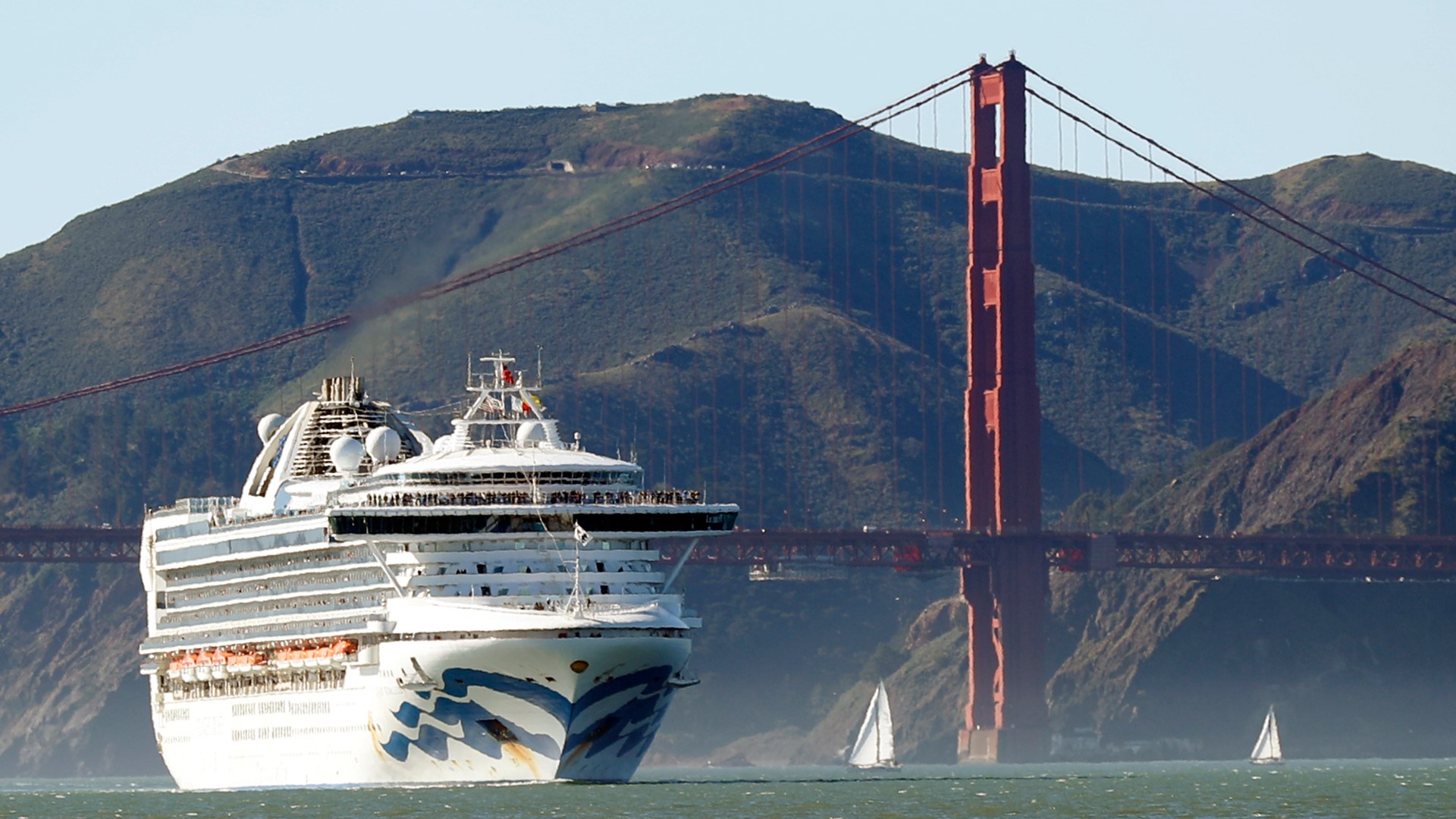 SACRAMENTO, Calif — Margie Hartle has been in self-quarantine for the last two weeks after returning from the Grand Princess Cruise Ship on Feb. 21 in San Francisco. It’s the same voyage that set off red flags after two passengers who returned to the U.S. tested positive for coronavirus.

One of those passengers, an elderly man from Rocklin, has since died, marking California’s first death from the virus known as COVID-19. The man's death prompted Gov. Gavin Newsom to declare a statewide emergency.

"I got sick," Hartle explained in a video interview with ABC10. "Drastically, I mean bad."

Hartle said she saw a doctor while on the ship and was told to isolate herself for one day. When she was checked up on later, and she was told she was OK. Days later, Hartle, along with hundreds of other passengers, left the ship to go home.

Hartle said she was contacted by Sacramento County Health officials this week and has been asked to test for COVID-19 on March 7.

Still, Hartle said she has growing concerns of a statewide outbreak.

"Eighteen-hundred people that left that ship, where some of them might be infected," Hartle said. "And they're living in the Sacramento area, Placerville, Yolo County, Bay Area. They're walking around and they don't even know if they have the virus or not."

More than 3,500 people remain on the same ship after it set sail for another cruise. It was supposed to be a two-week paradise vacation to Hawaii and Mexico, but now passengers are stuck a drift in the pacific waiting for answers.

The grand looks more like a ghost ship as guests have been confined to their rooms after 21 people on the ship tested positive for coronavirus, including two guests and 19 crew members.

Images from passengers show empty hallways and barren common areas as the ship, which is currently barred from docking, moves in circles about 60 miles off the coast of San Francisco.

Vice President Mike Pence announced Friday a plan to bring the ship into a "non-commercial" port sometime this weekend, though details are scant.

Steven Smith is a passenger from Paradise, Calif., the same Butte County town that was leveled by the 2018 Camp Fire. Smith said despite his current conditions, he feels comfortable because of the federal government’s recent actions to thwart the virus from spreading.

"I feel comfortable that they are going to make the best decision when they get the test results back as to what that quarantine — if there is a quarantine — is going to look like," Smith said.

According to the CDC, coronavirus (COVID-19) is a family of viruses that is spreadable from person to person. Coronavirus is believed to have been first detected in a seafood market in Wuhan, China in December 2019. If someone is sick with coronavirus, the symptoms they may show include mild to severe respiratory illness, cough, and difficulty breathing.

Currently, there is no vaccine, however, the CDC suggests the following precautions, along with any other respiratory illness:

The CDC also says facemasks should only be used by people who show symptoms of the virus. If you’re not sick, you do not have to wear a facemask. The CDC says the immediate risk to the U.S. public is low.