When will Georgia reopen? Gov. Kemp discusses what needs to happen next

Kemp discussed his thoughts on reopening the state in the coming weeks during a one-on-one interview with our news partners in Atlanta, 11Alive. 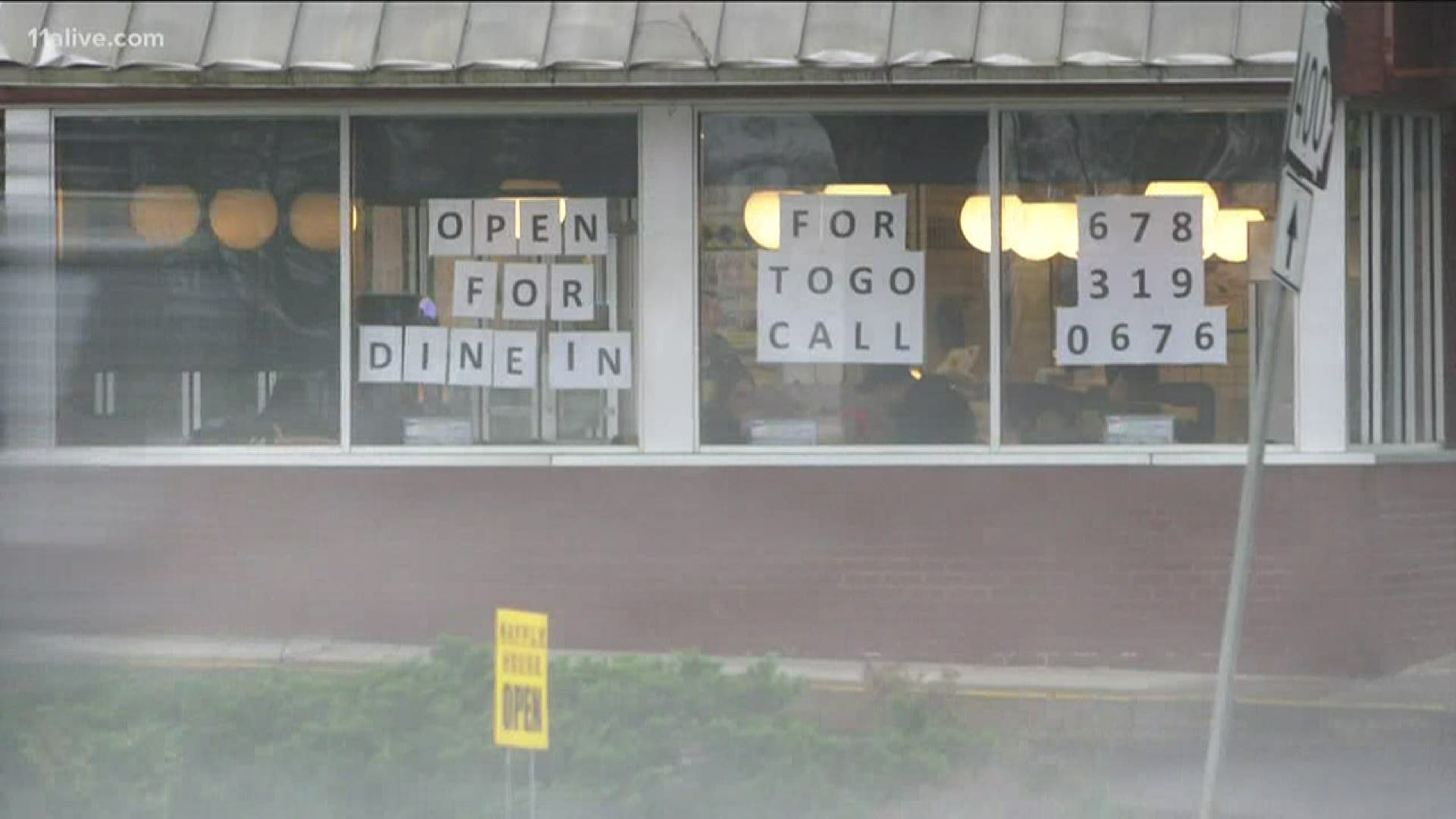 ATLANTA — While there are glimmers of hope that Georgia is turning the corner in beating back the coronavirus, the fight is not over.

The state is still estimated to be two weeks away from when the disease is projected to reach its peak in Georgia.

However, with the spread of COVID-19 possibly slowing, the conversation - both here and across the US - has turned to when businesses will be able to reopen.

The path forward is already under discussion nationally after President Trump unveiled his three-phase plan to get the economy restarted. 11Alive's Cheryl Preheim spoke to Georgia Gov. Brian Kemp in a one-on-one interview to ask the governor what reopening the state might look like.

While he said it appears that some parts of the state are ready to get back to business, he cautioned that it will be a gradual process based on data.

"I know people are chomping at to get a bit to get back to work. People are, you know, experience and financial ruin right now. I think people are getting very frustrated with having to stay at home," he said.

Kemp said some parts of the state are already showing significant progress in containing the virus and could be ready to reopen. But other spots like hard-hit Albany in southwest Georgia still have a long way to go. Kemp said that's one factor in deciding whether to reopen the state piecemeal or all at once.

"The hodgepodge approach that we had with the locals doing that early on, I think, were good for a few days," he said. "But then some went too far or some didn't go far enough, I think as we come out of this, we have got, really, to for the most part do this statewide."

"Obviously, Albany would be an exception to that," Kemp added. "Right now, we've had other hot spots that wouldn't have been a good target for this, you know, three or four weeks ago. And now they, are because they've gotten on top of the situation. So, that's really what we're looking at."

RELATED: 'This will give us the answer' | Emory expert explains importance of new coronavirus antibody test

While plans are still in the works now, Kemp said he hopes his office will have more information on what that might look like at the beginning of the coming week.

Places like restaurants, gyms, fitness clubs and movie theaters would likely be reopened under Phase 1 of the plan outlined by the president, Kemp said, but he cautioned that they would not operate in the way that they did before the pandemic.

RELATED: Financial advisor on what happens when businesses reopen: Customers may not feel safe getting out right away

"It's going to be open enough with new cleaning procedures, you know, hand sanitizers and making sure that the availability for people to continue to wash their hands ... at least in that phase one until we can get further down the road," he said. "So, it would be a reopening, but it doesn't mean we're gonna be able to - say like a movie theater, you know - to 100 percent capacity. What that looks like, we're still kind of working through that."

Another important piece to reopening, Kemp said, would come down to the ability to track the virus, through contact tracing and increased testing for the virus - something independent research has shown Georgia lags in, compared to neighboring states.

RELATED: With shelter in place order set to expire in 2 weeks, Georgia ranks toward bottom for COVID-19 tests

"That's a big part of this. We need to continue to ramp up testing," Kemp said. "The private sectors is actually producing more of the test kits. ... These machines we have can test a lot every day, but you got to have the test kits to be able to do that. You know, we need that supply chain to continue to pick up as well. And look, we also need to do a better job of making sure we're using the supplies that we have. I'm not real confident that we're doing that right now."

Kemp said the partnerships with private labs and the University System of Georgia labs have helped increase the capacity for testing. That, combined with efforts by the Georgia National Guard to make testing more efficient, is expanding the state's effort.

"If we can do that, that'll better, better prepare us to start sending people back into the workforce," Kemp said. "We need to be able to do contact tracing for that and to be testing the people that they've been around. ...That's what we're rapidly ramping up right now."

While Kemp said that his office is seeing Georgia beginning to reach the peak of the curve of the spread of the virus, he finished by reminding Georgians to be patient.

"Let's hunker down for a few more days," he asked. "Help continue to flatten the curve, and we'll be looking forward to sharing with you first of the week about reopening this economy and putting our people back to work."

Wild Video: Ga. driver jumps on hood to prevent pandemic thieves from driving off with his car

Nonprofit to give $170,000 in assistance to Cobb County families in need

So, you lost your job. Now what?

Getting 'Payment Status Not Available' from the new IRS stimulus check tracker? You're not alone

Plasma donations from recovered COVID-19 patients picking up in Georgia