Here's what happens if State of Emergency is declared in Florida

There's little indication that he'd do it, but here's what could happen if Fla. Gov. Ron DeSantis issues another State of Emergency as the state grapples with COVID. 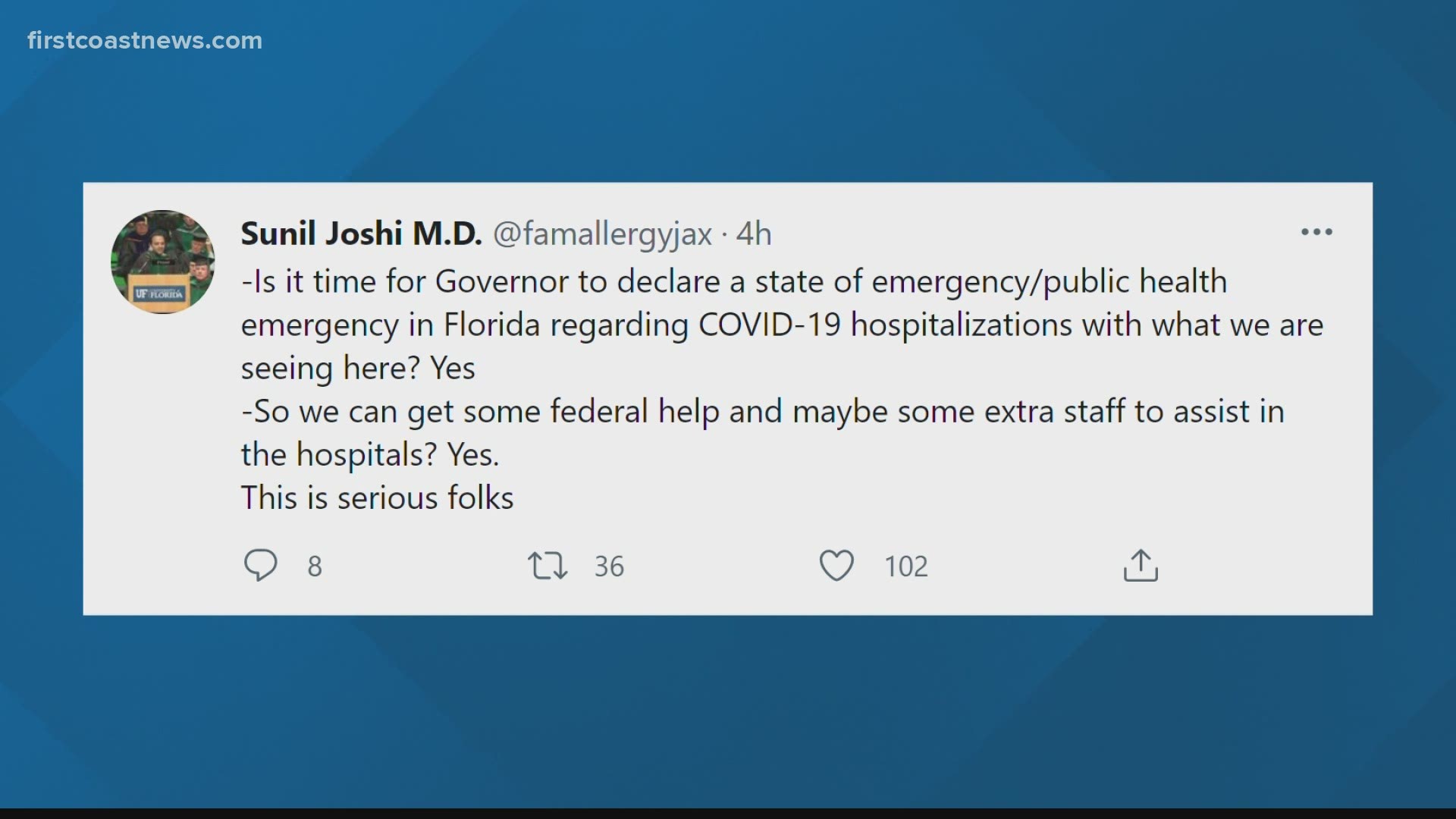 TALLAHASSEE, Fla. — *The above video was previously published on July 26.

A Jacksonville doctor has called on Gov. Ron DeSantis to issue a State of Emergency to help fight the drastic rise in hospitalizations due to the resurgence in COVID-19 cases in Florida. While there's no indication that he'll do it, here's what could happen if the governor issued another State of Emergency.

What's a 'State of Emergency'

State of Emergency issued; now what?

An executive order opens several paths to disaster mitigation. The governor is able to deploy and use any forces necessary to get aid to stricken areas (in this case, that would include permitting the Florida national guard to man vaccination and test sites.) It also activates emergency plans at the local, county, and state level. Florida law would prohibit price gouging.

What happened during last State of Emergency?

During the last emergency order, Gov. DeSantis also empowered the Florida Surgeon General and the Department of Health to make its own emergency orders. Under that authority, Florida got FEMA money, as well as allocating state funds toward the creation of state-run mass vaccination and test sites. The previous emergency order also expanded the capability of healthcare providers by allowing physicians with out-of-state licenses to provide care in-state for free, expanding telehealth capabilities and permissions, and giving hospitals priority for triage areas. The state was also able to implement shutdowns and limited business capacities.

What could happen if another State of Emergency is declared?

If another emergency order were declared, the governor would be able to directly combat vaccine misinformation, reopen test and vaccination sites, empower local governments to initiate their own COVID protocols, and send national guard troops to assist in the vaccination effort. In a more abstract sense, many health experts argue that establishing an emergency order also lets Floridians and Americans at large know Florida is taking the COVID healthcare crisis seriously and intends to dedicate resources toward combating the virus.