'We seem to be forgotten:' Nassau County Health Dept. has only received 850 COVID-19 vaccines

A handful of Florida counties, including Nassau County, didn’t receive a single vaccine this week. 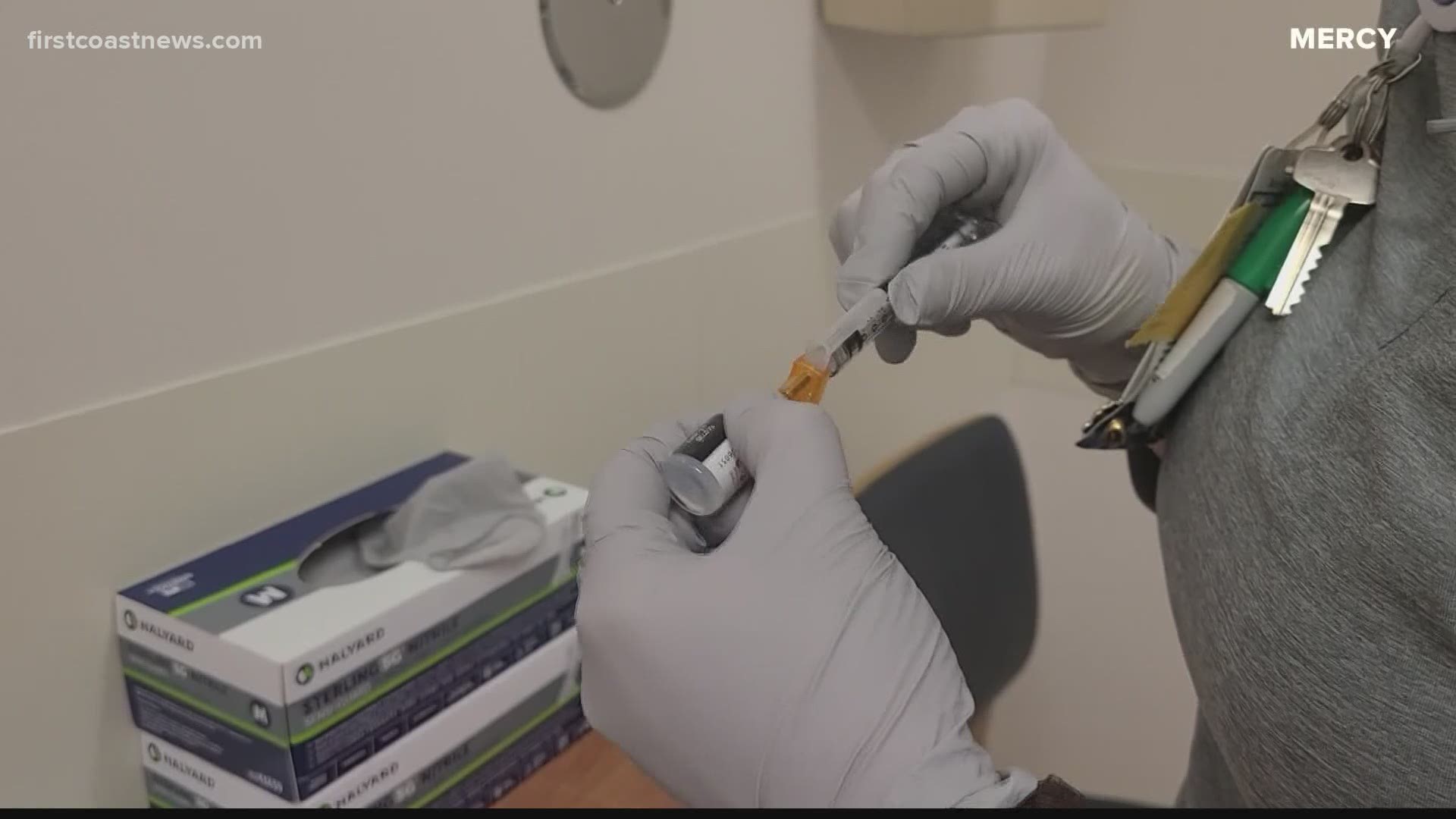 NASSAU COUNTY, Fla. — More than half of the COVID-19 vaccines given to Florida remain in deep freeze Thursday. Over 1.6 million vaccines have been distributed to the state, but according to a CDC dashboard, a huge backlog remains.

In fact, some Florida counties, including Nassau County, didn’t receive a single vaccine this week.

“It has been extremely discouraging," Mary Quinlan, a Nassau County resident said.

It's now been a year since Quinlan and her husband saw their family, and the couple week – who is eligible to receive the vaccine – is eager to get it. However, she is starting to feel hopeless.

She added the shortage has prompted some residents to drive to other cities – and even other states – in hopes of getting that much-needed shot.

This week, Nassau Emergency Management Director Greg Foster said the county has been working to improve its distribution process by moving from online appointments to a waitlist.

“And then as vaccines become available in the future, we’re going to draw the people available for that appointment from that waitlist," Foster explained during a Facebook live on the Nassau EM page.

A bigger problem is the number of vaccines the Nassau County Health Department has gotten from the state.

“We seem to be forgotten in Nassau County," Quinlan said.

Since mass vaccinations began, county officials said they've only been given 850 doses. One round of Nassau County appointments booked in less than a minute.

According to U.S. Census data, residents 65 years and older make up about 23% of Nassau County – more than 20,000 residents, which means 23 eligible people were vying for each available dose.

The good news is that the county expects to get a new vaccine shipment next week.

Foster said residents at random, who have registered with Eventbrite, will receive an email invite to book an appointment.

If you have any additional questions, staff will be available to take your call at 904-548-0900 on Friday and Saturday from 8:00 a.m.- 5:00 p.m. Staff will resume answering calls during normal business hours after Monday's Martin Luther King Jr. holiday.