'We don’t want jails to become death camps': Protesters ask for release of non-violent inmates from Duval jail due to COVID-19 concerns

Demonstrators also said they want consistent testing of inmates and staff and biweekly full sanitation reports of the jail. 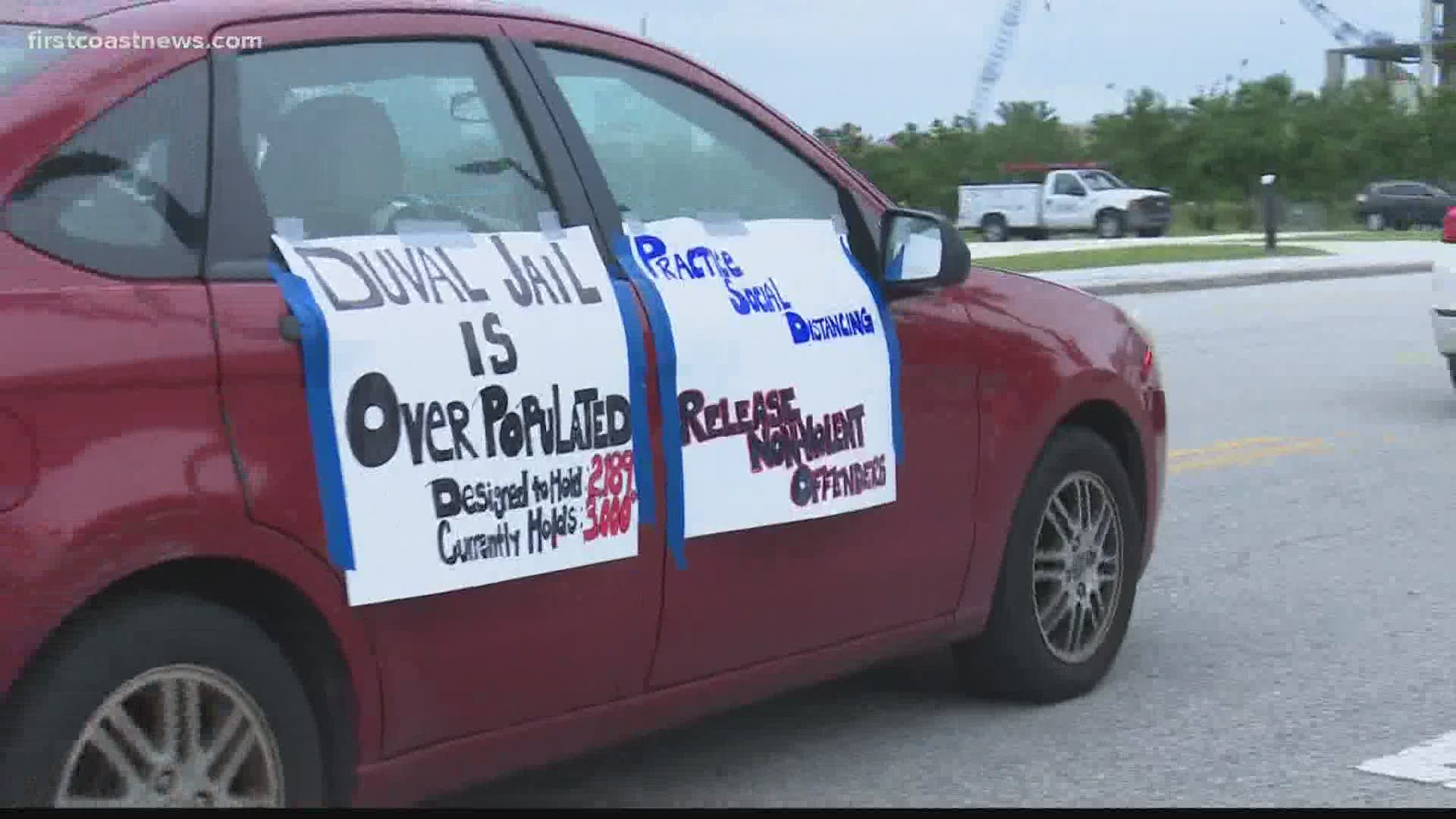 It was a socially distant protest Friday in front of the Duval County Jail. Instead of walking on the sidewalks, demonstrators drove on the street past the jail several times, asking for certain inmates to be released due to COVID-19 concerns.

The demonstrators drove about 10 laps around the jail. Each lap, they said, reinforced their list of demands. At the top of that list is the call to release non-violent offenders to slow the spread of COVID-19.

“Folks are dying every day and we know that if COVID-19 enters into the jail it will kill a lot of people,” Nubian Roberts of The New Florida Majority who also helped organize the protest, said. “Their lives are important. They’re human beings,” she said.

According to Sheriff Mike Williams, seven corrections or enforcement officers are in isolation or have symptoms. He said there are no confirmed cases of COVID-19 in the jail, but four inmates are in isolation.

“We didn’t ask for COVID-19 to come the way that it came," Roberts said. "We still have to protect people even though they made a mistake,."

Demonstrators also said they want consistent testing of inmates and staff, biweekly full sanitation reports of the jail and the release of those over 60 years old and those with compromised immune systems. Roberts said the two groups are hoping to connect with former Congresswoman Corrine Brown who was released from federal prison two years early this week due to underlying health conditions to help advocate for other inmates.

“We think that inmates in there who shouldn’t be in there for non-violent offenses, there’s no reason to put their health in jeopardy,” Sampson said.

State Attorney Melissa Nelson and her office created a plan in March to release inmates while keeping public safety and public health in mind.

“This is absolutely not a get out of jail free card,” Nelson said in March.

The state will look at releasing nonviolent offenders, those with misdemeanors, those over 60 and those with underlying health conditions. Inmates accused of sex offenses or violent crimes will not be considered for release.

According to the State Attorney’s Office, there has been just under a 17 percent population reduction in the jail since March 23. This also accounts for the difference in inmates’ regular incomings and outgoings.