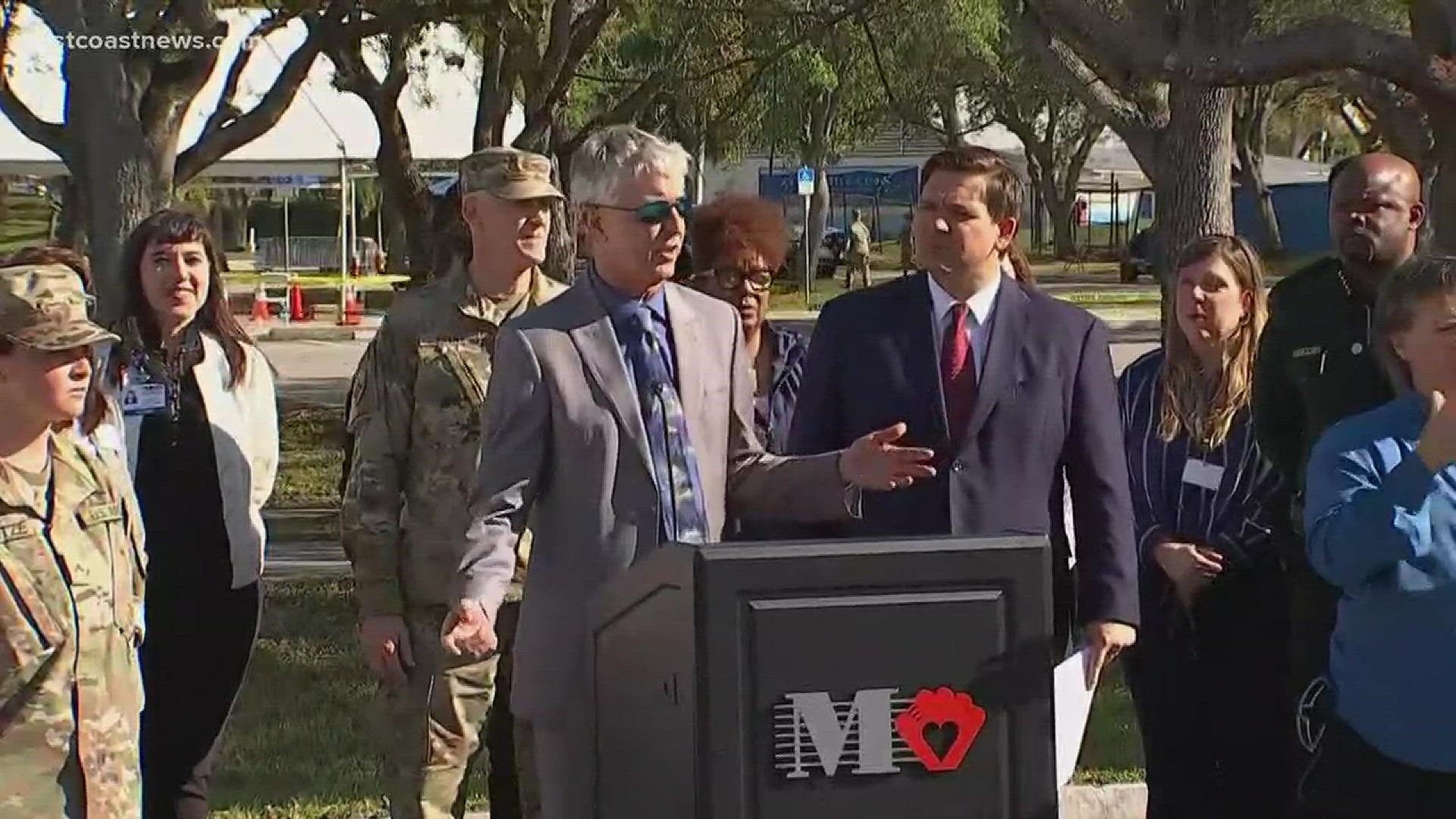 Florida Gov. Ron DeSantis held a news conference Thursday evening from Broward County to give an update on efforts to test and contain COVID-19 in Florida.

In a partnership with the National Guard and the Memorial Heath Care system they have created a way to test larger crowds of people in South Florida.

"In the interest of public health we want to test more people," DeSantis said.

As of 5 p.m. Thursday, DeSantis said there are more than 390 cases of COVD-19 in Florida, with 98 cases in Broward County and 86 cases in Miami-Dade. Eight deaths have been reported from the virus in the state.

To test more people they have set up a testing site at Memorial Hospital in Boward County, but they are still working on bringing in more supply.

They are starting with 4,000 collection swabs at Memorial Hospital as they open the site on Friday.

DeSantis said after people get swabbed, physicians will save the samples and then ship them to private labs then get tested.

"It won’t get done overnight," DeSantis said. "There is a national backlog but they are hoping to move to a [quicker] way soon."

In the coming days, they hope to be able to test the swabs at local labs so the test results can come back sooner. He said the goal is to expand that process if it is successful.

So far the federal government has delivered a full testing site to Jacksonville, and partial testing sites to Miami-Dade and Orlando, with more supplies in the works.

Because resources are still limited, once the testing site opens at Memorial Hospital they will focus on two groups of people as they begin. They will treat health care workers and senior citizens, especially those who are showing symptoms, who have traveled or been on a cruise and those who are immunocompromised.

Once they open the test site at Memorial Hospital it will be drive-thru only. People are advised to stay in their vehicles. People should expect a line. Each test should take approximately eight minutes.

“We’re all in this together. Broward County right now in Florida is the epicenter, so we need to be here right now for our friends in Broward and turn the tide on this thing," DeSantis said. "Right now people are kind of flying blind because there haven’t been enough tests done, we are trying to change that.”