The AG's office says the gym is charging its members fees even though facilities are closed, and charging fees for cancellation and membership freeze requests. 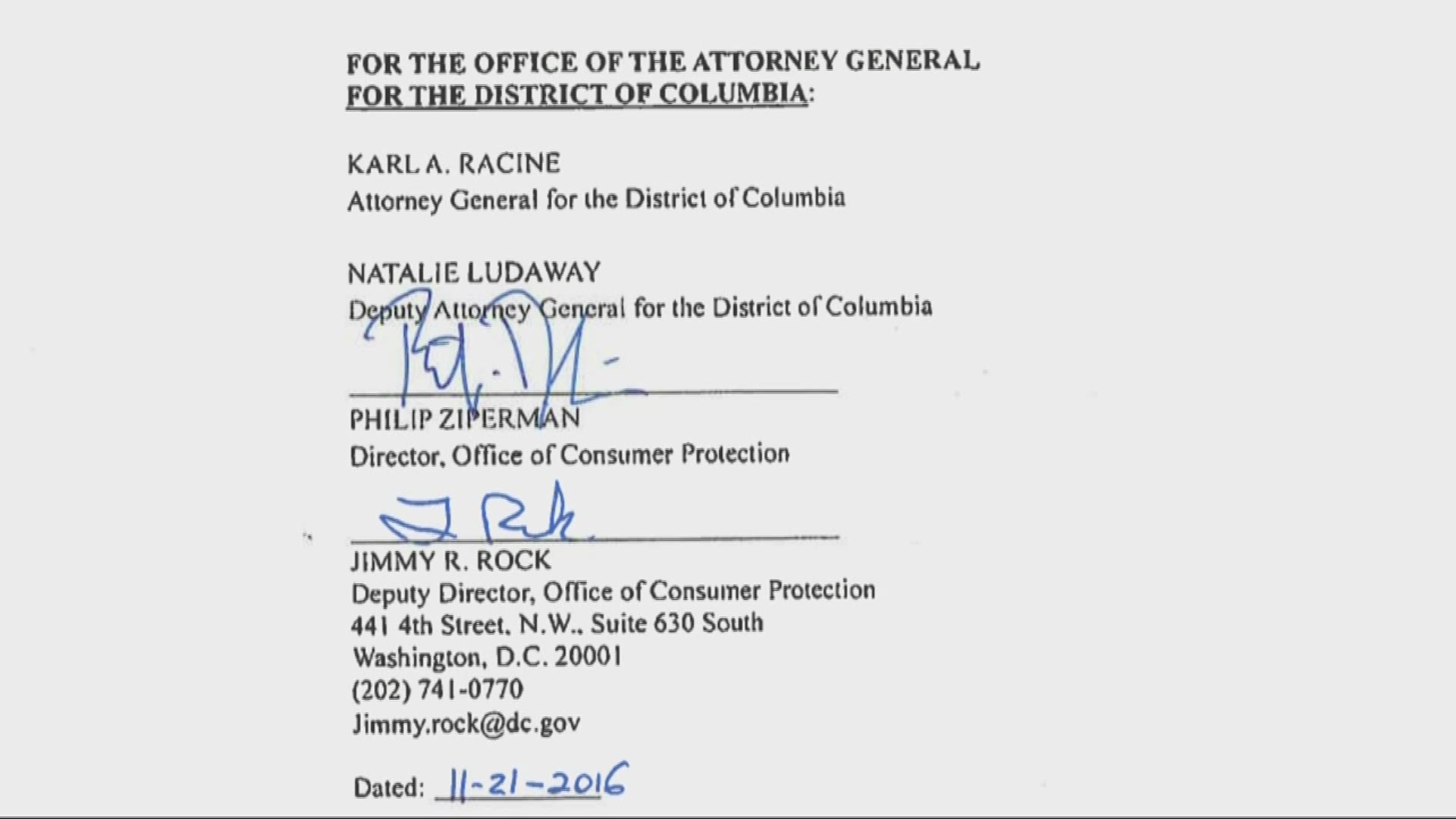 WASHINGTON — D.C. residents have not legally been allowed to go to the gym since March 24, when Mayor Muriel Bowser ordered all non-essential businesses in the District to close, in an effort to prevent the spread of coronavirus. But Washington Sports Clubs members are still being charged for their unused memberships.

Now, D.C.'s Attorney General Karl Racine is stepping in and demanding that it stop. Racine has joined with New York and Pennsylvania's Attorneys General and sent a letter to Town Sports International, the parent company of Washington Sports Club, saying they "demand immediate changes."

"I am calling on the parent company to do the right thing: immediately freeze all consumers’ memberships, honor cancellation requests, and stop charging fees during a time that their members cannot legally and healthfully access their facilities," Racine said in a press release.

Though TSI is one of the largest fitness center operators in the country, there are six Washington Sports Clubs in D.C. in Columbia Heights, Connecticut Avenue downtown, DuPont Circle, Gallery Place, Georgetown and Glover Park.

"We understand that TSI’s business faced economic uncertainty prior to the spread of the pandemic, and we are sensitive to the fact that the mandatory closure of its clubs presents even further strains," the letter continued. "But neither a national emergency nor dire financial straits relieves TSI of its obligation to follow the law."

RELATED: Get fit in 2020 with these affordable gyms across the DMV

Racine is currently engaged in active litigation with TSI over allegations that the company violated both consumer protection laws and the terms of a 2016 settlement agreement regarding misleading cancellation policies.

"OAG has sued Town Sports International for violating the District’s consumer protection laws in the past, and we are prepared to do so again," Racine said.