The chapel has "had dozens and dozens of brides call" hoping to still get married after COVID-19 concerns canceled their weddings. 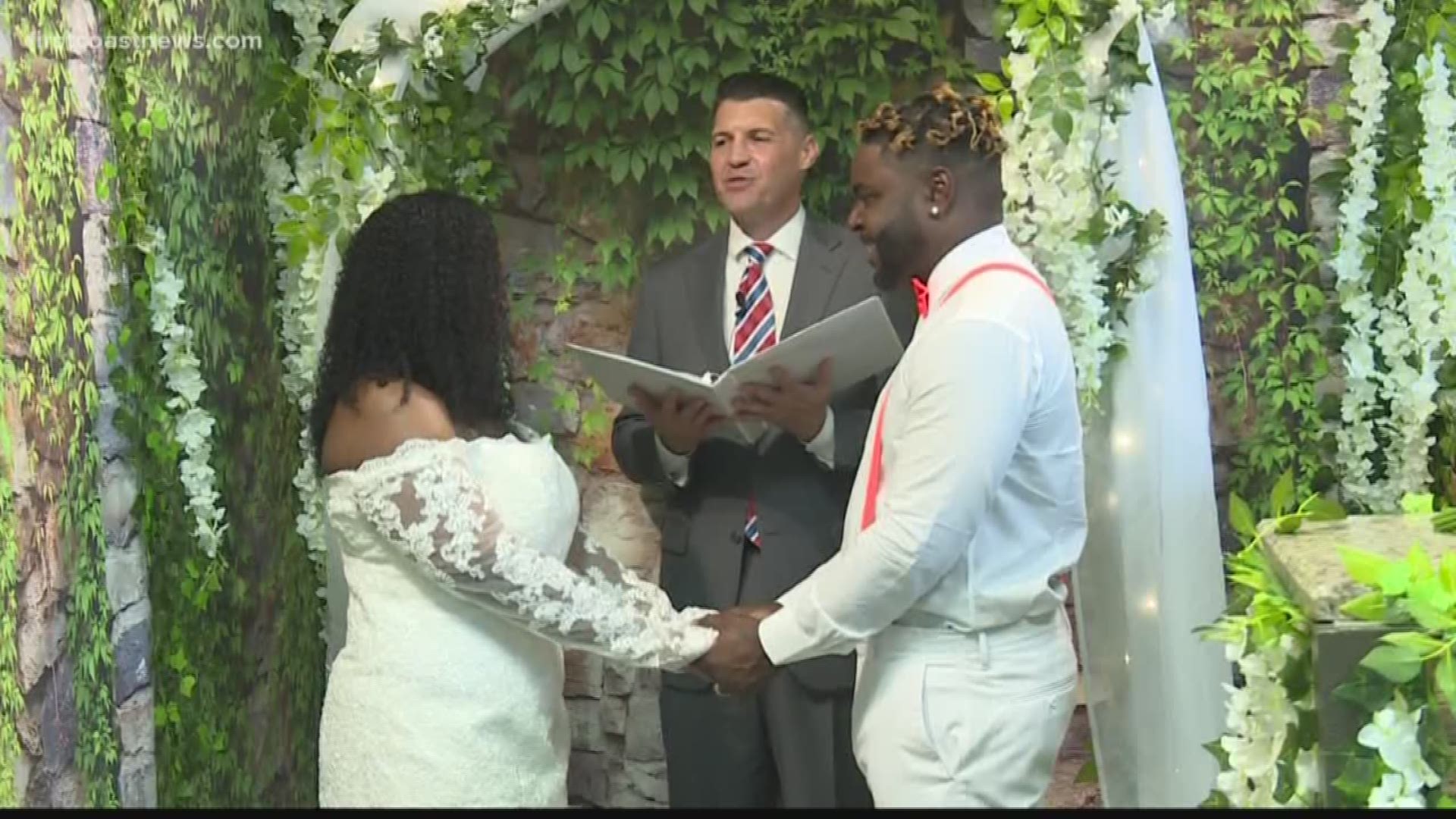 JACKSONVILLE, Fla. — Though couples are canceling their weddings across the First Coast, one couple isn’t letting the coronavirus stop them from getting married at the Walk-In Wedding Chapel in downtown Jacksonville.

Shequila and Ronyell Knight had a big wedding planned for friends and family, but they had to cancel it because of COVID-19 concerns. Though disappointed, they’re taking it in stride and going "with the flow, try to make things, try to make a positive out of a negative,” Ronyell Knight said.

Though they made many sacrifices to downsize the wedding, they aren’t letting a virus get in the way of their special day.

“We’ve had dozens and dozens of brides call us that had big wedding plans," Shubert said. "Their venues canceled on them, and they still want to get married, so we’ve had an overwhelming number of contacts trying to get married still.”

The chapel is staying open as long as the Duval County Courthouse marriage license department remains open, conveniently located right across the street. Chaplain Shubert said he wants to serve as many people as he can, though weddings are limited to six attendees max to prevent the spread of the virus, and each party has to wait their turn outside.

And in a time of ever-changing uncertainty, Mr. and Mrs. Knight are doing everything in their power to keep things as planned.

The honeymoon travels may have to wait, but the couple said they look forward to life’s new adventures, in sickness and in health.

The newlyweds said at the end of the day, their love for each other will get them through these uncertain times.

RELATED: Fla. Gov. Ron DeSantis to order travelers from NY, NJ to self-isolation when arriving in Florida; Does not advise statewide shelter in place