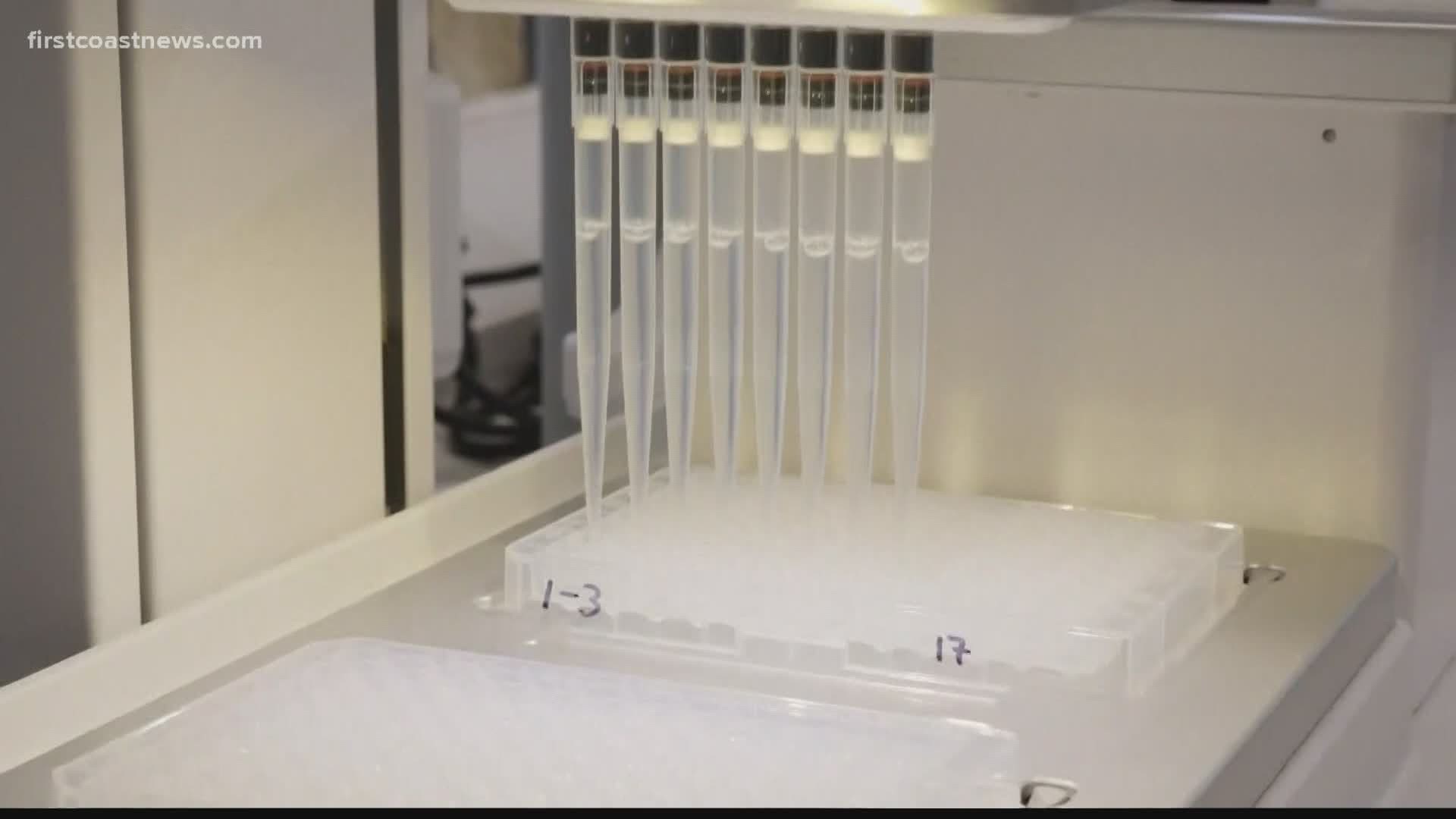 JACKSONVILLE, Fla. — The Jacksonville Center for Clinical Research is one of a few private sites across the country that was awarded COVID-19 vaccine trials. This week, researchers start phase three of two vaccine trials.

According to Dr. Michael Koren, the medical director for the center, he and his team are working on two different vaccine studies. The first is with the company Pfizer, and the second is with drug maker Moderna.

The trial is a placebo controlled study, meaning not everyone will get the active vaccine.

Koren said researchers are looking for 500 people in the Jacksonville area to get doses of the vaccines and be a part of the study. Researchers said they've already received an overwhelming response. They said they're looking for a diverse population, specifically they're asking for first responders, doctors and nurses to volunteer as well.

If you want to volunteer, you can visit the center's website to enroll.

Koren said phase one for both vaccines showed positive results and side effects similar to other vaccines, like fever and chills. During phase one, a small group was given the vaccine. In phase two, they choose the dosage. In phase three, a larger group of people are given the vaccine to test its safety.

"This is not the first level of research, but this is the biggest part of the research process in which tens of thousands of patients around the U.S. will be dosed with these drugs and research protocol," Koren said.

Usually, he said, they grow the virus, then kill it and inject that. These vaccines are different, though.

"These studies are actually using pieces of genetic code that tell our bodies to develop antibodies against foreign proteins," Koren said.

Patients will be monitored closely at the office for a few hours after getting a dose. They're then sent home with a diary to record possible symptoms and have blood taken to see if they have developed the antibodies.

Koren said he's very optimistic about both vaccines for how they'll potentially fight COVID-19, but also how they'll advance the medical world.

"We are actually using this crisis to hopefully advance a brand-new platform for vaccines and a new technology that really should make a big difference for our public health," Koren said.

RELATED: Fauci says he wouldn't fly or eat out amid the coronavirus pandemic