Virginia on track to begin reopening May 15 unless 'something drastically changes,' Northam says

The Virginia Department of Health says the Commonwealth has begun seeing a decline in the percentage of positive daily tests – a key criteria for reopening. 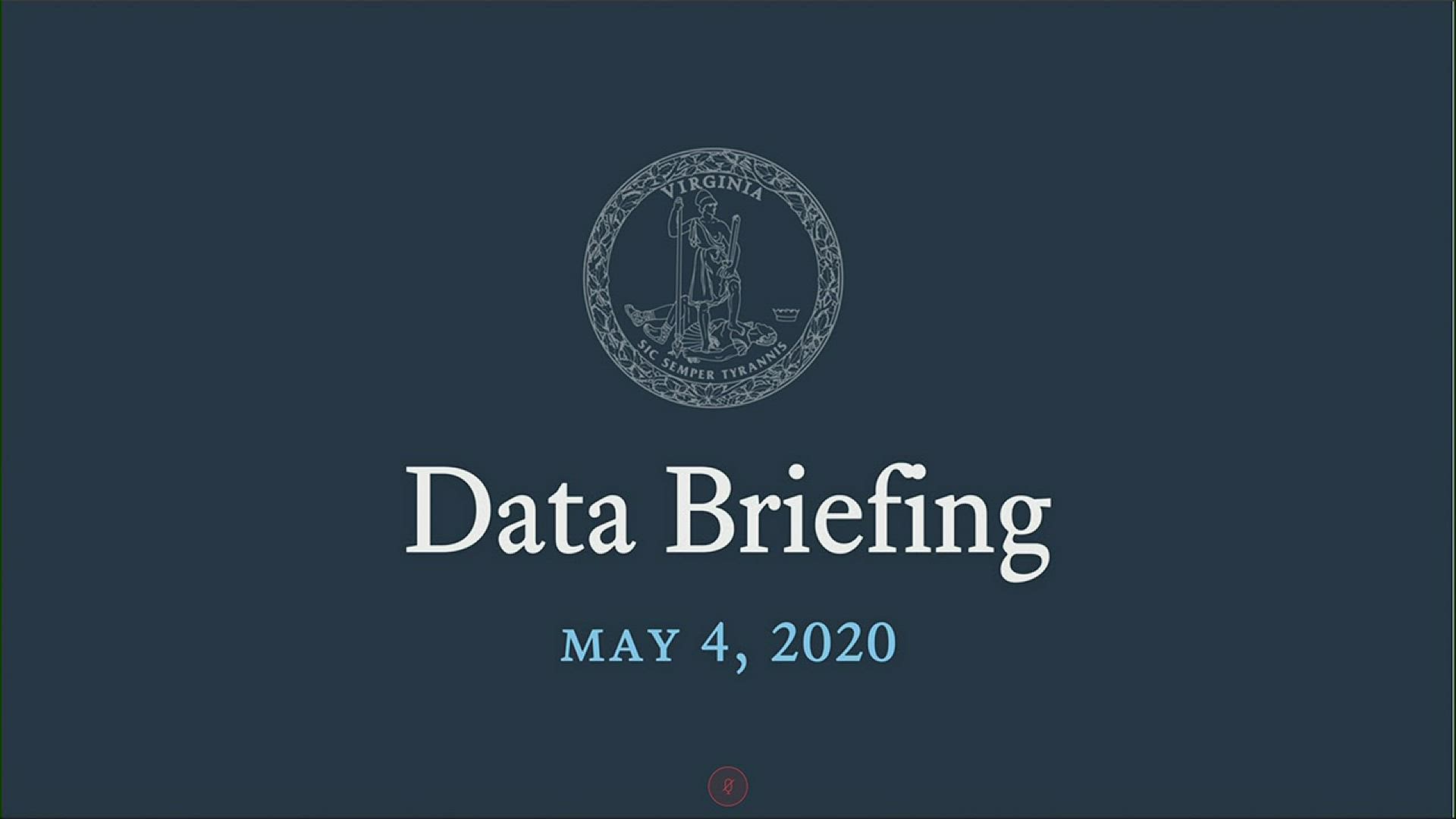 RICHMOND, Va. — As of noon Monday, no Virginia hospitals had reported difficulty obtaining personal protective equipment (PPE) for 72 hours – the first time that number had hit zero since the pandemic began.

The Commonwealth has also paused efforts to produce additional hospital surge capacity; believing it currently has enough to meet expected demand from the coronavirus.

The Virginia Department of Health (VDH) reported both developments Monday during a data briefing on the ongoing coronavirus pandemic in the Commonwealth. The briefing comes as Virginia Gov. Ralph Northam says he anticipates the state beginning Phase I of reopening on May 15, even while new daily case counts have continued to rise.

What Virginia Phase I Means

Of interest to Virginians hoping to see the state reopen sooner, rather than later, is a significant increase in testing over the past two weeks. Part of the state’s criteria before beginning the first phase of its reopening plan is a 14-day downward trend in the percentage of positive coronavirus tests. An increase in testing means that, even as new daily confirmed cases have continued to rise, the share of positive tests has declined.

RELATED: Virginia may enter Phase 1 of reopening as early as next week

VDH also reported that hospitalizations for COVID-19 – another reopening criteria – have remained effectively flat over the past week. VDH did say that it expects hospitalizations to increase in the near future.

Despite the good news on several fronts, Virginia’s daily new case numbers have continued to rise at a steady 5-6%, and its coronavirus case doubling time – the number of days required for total cases to double – remains the fastest in the DMV.

VDH State Epidemiologist Dr. Lilian Peake said the chart of new cases reported daily – which, in Virginia, has been a consistently upward trend – can make it difficult to see when a decline starts.

“There is an inherent delay between the date that an illness starts and the date the case is reported to public health. Sometimes the date of illness onset may not be known,” Peake said. “It can be difficult sometimes to determine when cases start to decline because of the reporting delay.”

To that end, VDH said it plans on rolling out new data insights on its website beginning Tuesday, including a chart of COVID-19 cases by the date illnesses began.

RELATED: When will DC, Maryland & Virginia reopen? Their epidemic curves can tell us