The Diocese of St. Augustine says the statement is not to tell people not to get the vaccine, it's to advise people and let them make the decision. 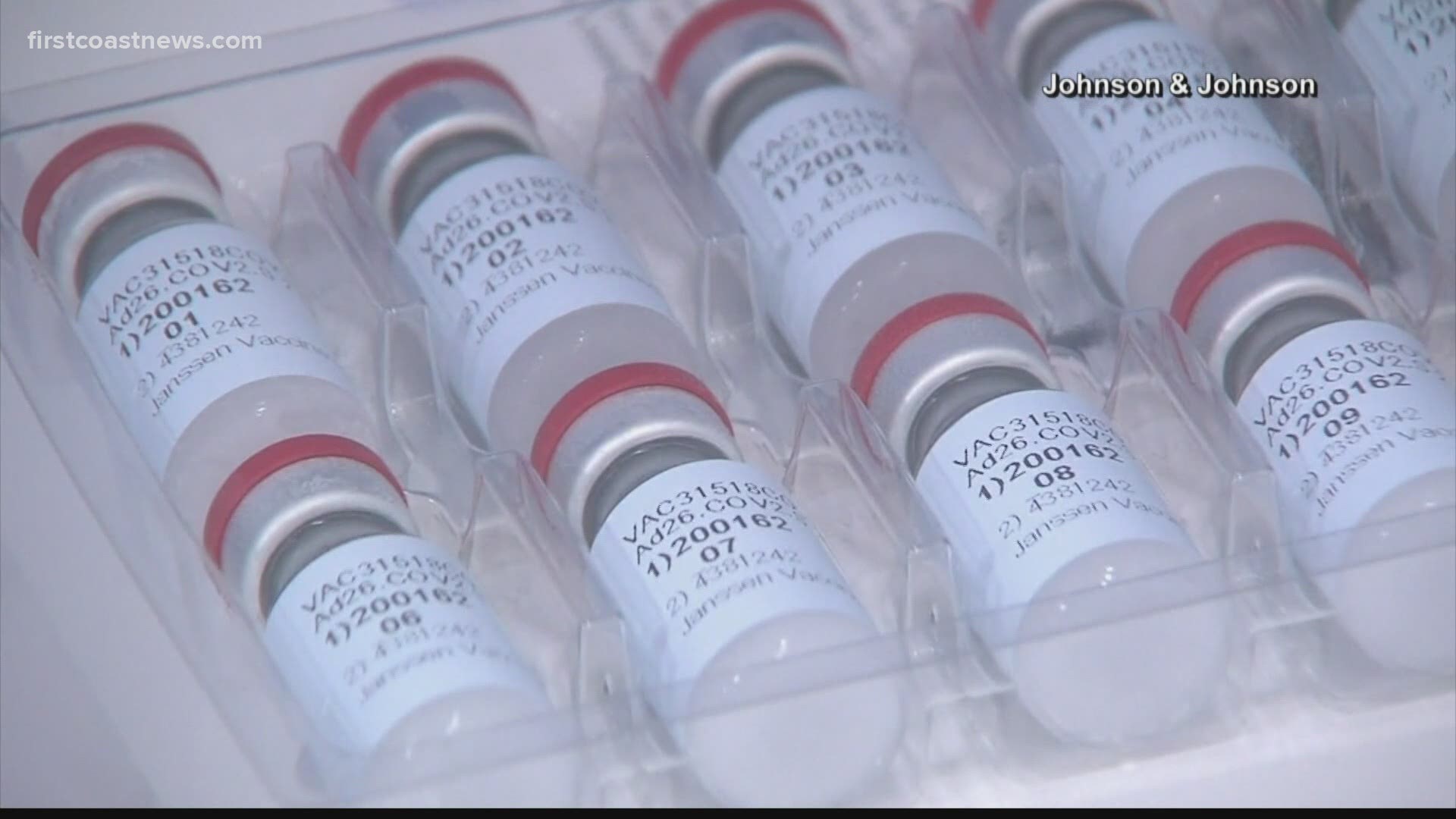 JACKSONVILLE, Fla. — The Johnson & Johnson vaccine approved by the FDA is taking the nation an extra step closer to putting an end to the pandemic. It's the third vaccine in the U.S. helping conquer the virus.

Just after the approval, the United States Conference of Catholic Bishops put out a statement addressing concerns about the manufacturing of the vaccine.

“Since we now have more choices of vaccines on the market in the United States, if you have a choice choose the Pfizer or Moderna vaccine over the Johnson and Johnson," said the Director of Communication for the Diocese of St. Augustine, Kathleen Bagg.

Bagg says the reason is that Pfizer and Moderna have the least connection to a fetal-derived cell line. These vaccines only used fetal cell lines for confirmation tests.

“Whereas the Johnson & Johnson they not only tested the efficacy of their vaccine with the use of abortion cell line but they also developed it and produced it," said Bagg.

A fetal cell line is a supply of cells that have been lab-grown from a source originating from a fetus or multiple fetuses. Dr. Elizabeth Ransom, Executive Vice President & Chief Physician Executive at Baptist Health says the vaccine itself does not contain any fetal cell line.

“That’s just part of the technology that’s used in creating the vaccine it’s not anything new or unique to this particular vaccine," said Dr. Ransom.

Bagg says the main message that the Diocese of St. Augustine wants to get across is that people need to get vaccinated.

“We want to rid ourselves of this pandemic and if you have a choice these would be the preferred choices versus the Johnson & Johnson that was released this week," said Bagg.

Bagg says the U.S. Bishops are still urging scientists to make vaccines that are morally acceptable for people in the Catholic church.