Several people showed up around 4:30 p.m. to the site saying they heard extra vaccine could be given to the public who didn't qualify. Staff says that's not true. 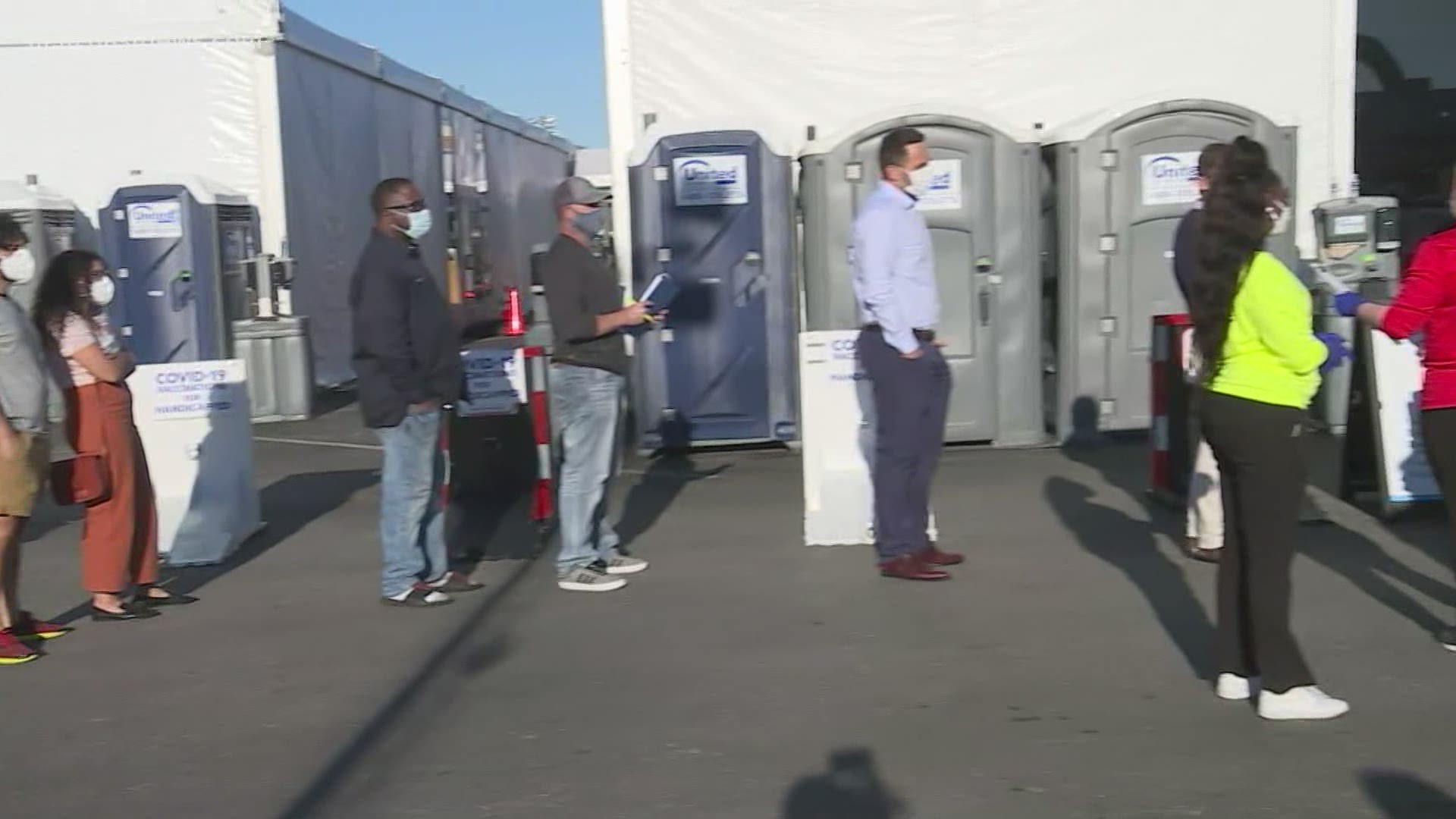 JACKSONVILLE, Fla. — Shortly after the announcement was made that school personnel of any age could get the vaccine at federally run sites, several people showed up at the Gateway Mall site. The only problem? Most didn't meet the criteria.

Several in line told First Coast News they heard that the site was giving leftover doses at the end of the day to the general public. A FEMA spokesperson on site said that is not the case and has never been the case. Everyone is screened at the door and many were turned away.

When the crowd of people showed up, she said she was just as confused as everyone else. She got on the phone with her supervisor, who reiterated the site was not to give the vaccine to people who don't qualify. You have to be 65 or older, a firefighter or police officer over 50, have an underlying health condition, or be school personnel, including day care employees or head start employees, to get vaccinated at the site. That same criteria goes for Gateway's two satellite sites.

FEMA rep on site says she’s talking to her supervisor and is as confused as everyone else. https://t.co/e8G5uFT7ft

Janelle Olsen was turned away Wednesday at the site, but for a different reason. She has an underlying health condition and staff told her Wednesday they didn't have the proper people to vaccinate those who are medically vulnerable. According to state officials, physicians, advanced practiced registered nurses and pharmacists are the only people who can give the vaccine to those who are medically vulnerable.

A FEMA representative apologized for the mix up and said the proper staff is now at the site. Olsen came back and got her shot Thursday.

"It was so great," Olsen said.

"It probably took 25 minutes total from walking into the tent and coming out. It was really well organized in there, and it looks like they’re sticking to governor’s requirements pretty well. They’ve got all sorts of medical personnel to make sure medically vulnerable are taken care of in there," she said.

This is Janelle Olsen. She has an underlying health condition and got her shot at Gateway today after being turned away yesterday. Her story in minutes at five. pic.twitter.com/ht3pIwcTfL

Ruth Lurie drove from Palm Coast to get her shot Thursday. She has an underlying health condition.

"I gave it a day to shake out and I also had to have the doctor sign the note, so I got the note and drove up today," Lurie said.

"This was a great site here it was very easy and they knew what they were doing. It was very well organized," Lurie said.

Anyone who is considered medically vulnerable has to have their doctor fill out this form issued by the state, and bring it to get vaccinated.