Should you try to get Pfizer or Moderna vaccines over Johnson & Johnson's?

The numbers on the news can be confusing. We answer viewer questions. 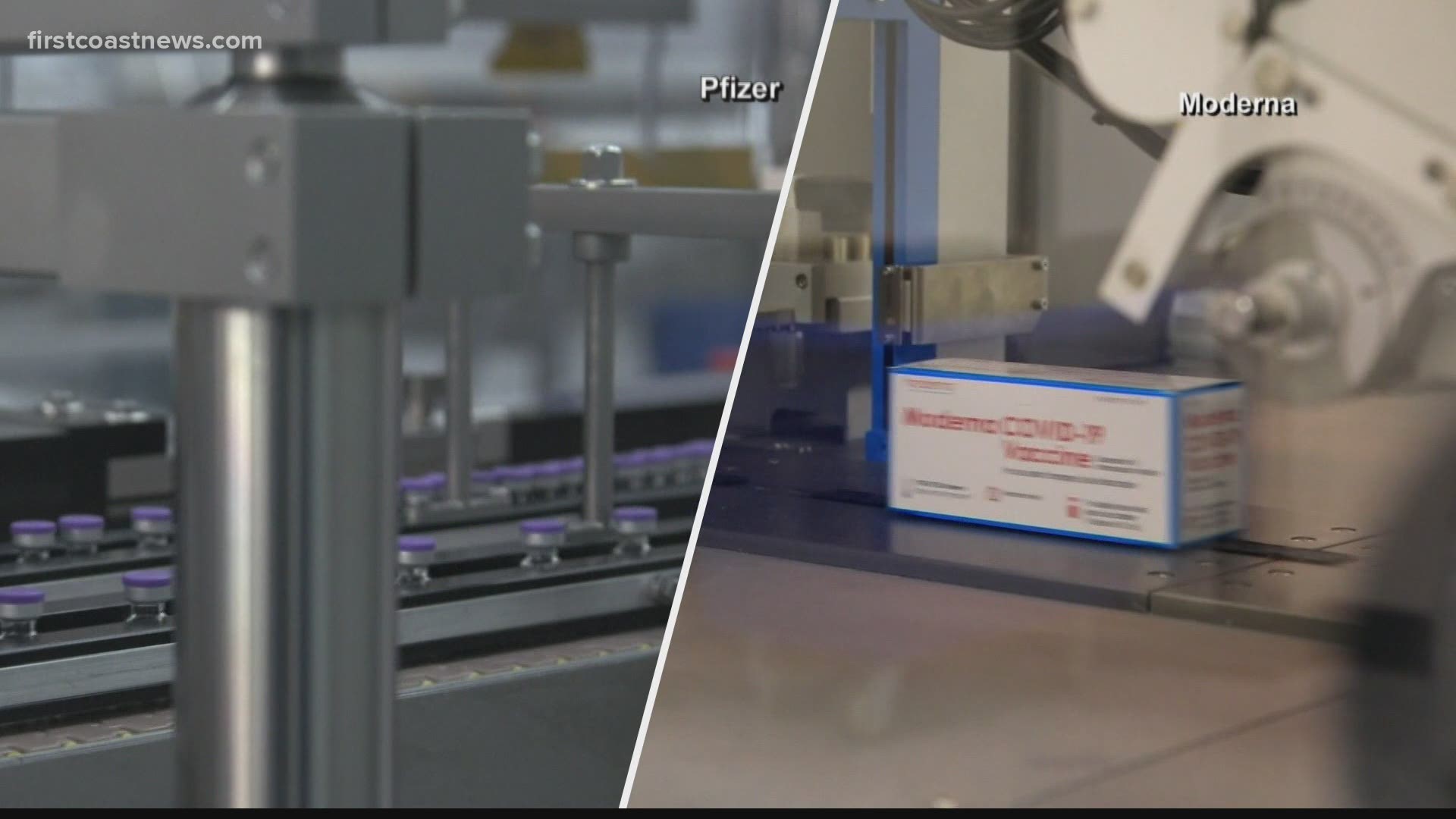 JACKSONVILLE, Fla. — A viewer, Bill, asks this question: "Who should be taking the Johnson & Johnson vaccine, considering it's much less effective than Pfizer or Moderna?"

Bill isn't the only one looking at numbers on the news and wondering which shot is the biggest dragon slayer to fight off the virus.

The Johnson & Johnson vaccine shows a 72% efficacy rate in the U.S., falling way short of the rates in Moderna and Pfizer studies, which hover around 95%.

So why do the efficacy rates appear so different between Pfizer/Moderna vaccines and the Johnson & Johnson vaccine?

We took that question to Dr. Greg Poland with the Vaccine Research Team at Mayo Clinic, Rochester.

He says, "To be clear, we don't know that they're different. This is what I mean by the public not understanding the data."

Dr. Poland says you must take into account the clinical trials that happened at different times during the virus outbreak.

He goes on to explain, "So Pfizer and Moderna were studied at a different time. These variants had not yet arisen and were not an issue. So if you look at the efficacy against the original strain, I would say the adenovirus vector vaccines (J & J and Astra Zeneca) would be at equal efficacy" with Pfizer and Moderna.

He continues, "If we were to study Pfizer and Moderna today in the face of the viral variants, my guess would be they'd be very much equivalent to the data we've seen from the Johnson & Johnson and Astra Zeneca vaccines."

So for people who say they don't want the Johnson & Johnson vaccine because they've heard its efficacy rate is way lower, Dr. Poland says they "have a misinterpretation of the data."

Bottom line: Dr. Poland and other experts agree that whatever vaccine you can get now, go for it.