'A national logistics issue': City-run vaccination sites will run out of shots unless Jacksonville gets additional resources

Curry said that those who have already gotten a shot at Lane Wiley or Mandarin Senior Centers will be able to get a second shot. 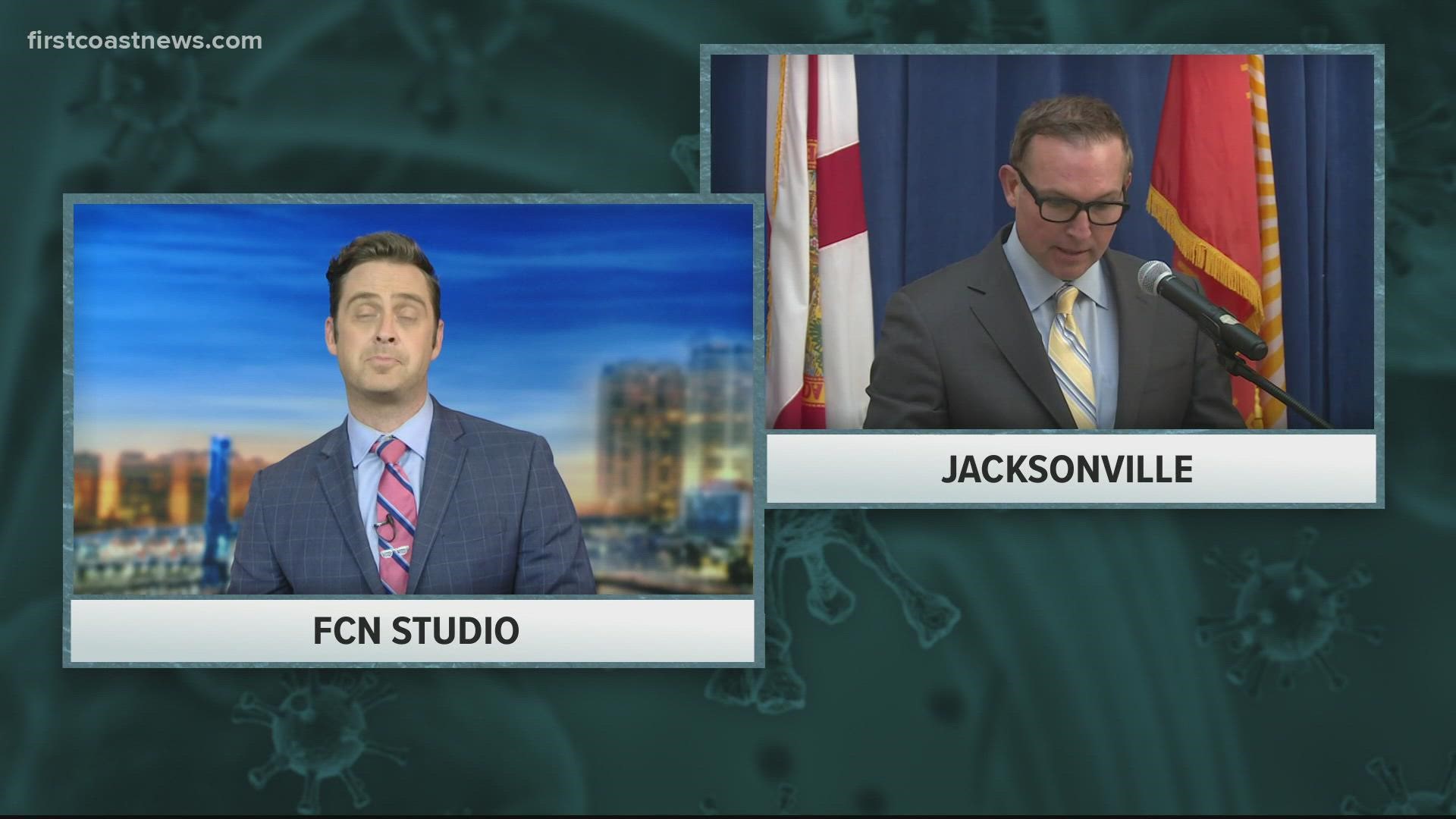 JACKSONVILLE, Fla — If the City of Jacksonville doesn’t receive any additional shots soon, the two city-run COVID-19 vaccination sites will run out of supplies by the end of day Thursday, said Mayor Lenny Curry during a news conference Tuesday.

However, Curry said that those who have already received their first dose at Lane Wiley or Mandarin Senior Centers will be able to get a second shot. Those second doses have already been accounted for, he explained.

"We've made our state and local partners aware that we have the capacity and the infrastructure in place to continue offering the vaccines and even expand locations," Curry said. "It's a national logistics issue."

He said once the city secures more vaccines, it will be able to expand to open sites in other areas such as The Beaches. Curry says that all boils down to when the city receives more vaccines, and right now there's no ETA.

In an email from Jacksonville's Chief Administrative Officer posted to social media, it was also confirmed the COVID-19 vaccination supply in Jacksonville "is getting scarce" as a result of the state limiting the city's access to new doses.

In the letter, posted on Jacksonville City Councilmember Rory Diamond's public Facebook page, COA Brian Hughes said not only would the situation prevent the city from opening new vaccine sites, "But we would be closing the Mandarin and Westside sites we just started." Read the full letter at the bottom of this story.

First Coast News has reached out to the governor's office to ask whether the state is planning to stop shipments of vaccine doses to non-state-run outlets, such as the City of Jacksonville.

This comes after a Tuesday morning announcement from Florida Gov. Ron DeSantis that he has asked the federal government for more vaccines.

"Beaches Residents:  Here is the latest update re a Beaches vaccination site from Brian Hughes, the Chief Administrative Officer of the City of Jacksonville.

Since we announced vaccination locations, Beaches residents have asked for a location nearer them. With testing, as soon as contract staff and testing kits were readily available, we expanded to multiple sites outside of downtown including the Beaches. The Administration has planned to do the same with vaccinations.

There is, unfortunately, a dramatic difference; the vaccination supply is actually getting more scarce at this time. We learned in the last 72 hours, the state may soon entirely restrict supply and eliminate all access to doses except for state run locations. If that happens, at the two COJ sites, we would only have enough for a few more days this week and then a second dose for only those who we welcomed for the first shot in the 6 days of operation so far.

In that scenario, we would not only be unable to expand to the Beaches, but we would be closing the Mandarin and West Side sites we just started. We expect more details today or tomorrow from state officials.

As you know, Mayor Curry has worked with you and Beaches mayors to make important resources accessible to your neighborhoods. This would be no different if we had control over supply. We simply do not have that.