'Not updated': Frustration Monday morning from people 40 and older who couldn't sign-up for vaccine appointments

Nathan Montgomery tried to sign-up at 7:30 a.m. but found many websites hadn't updated the age requirements. 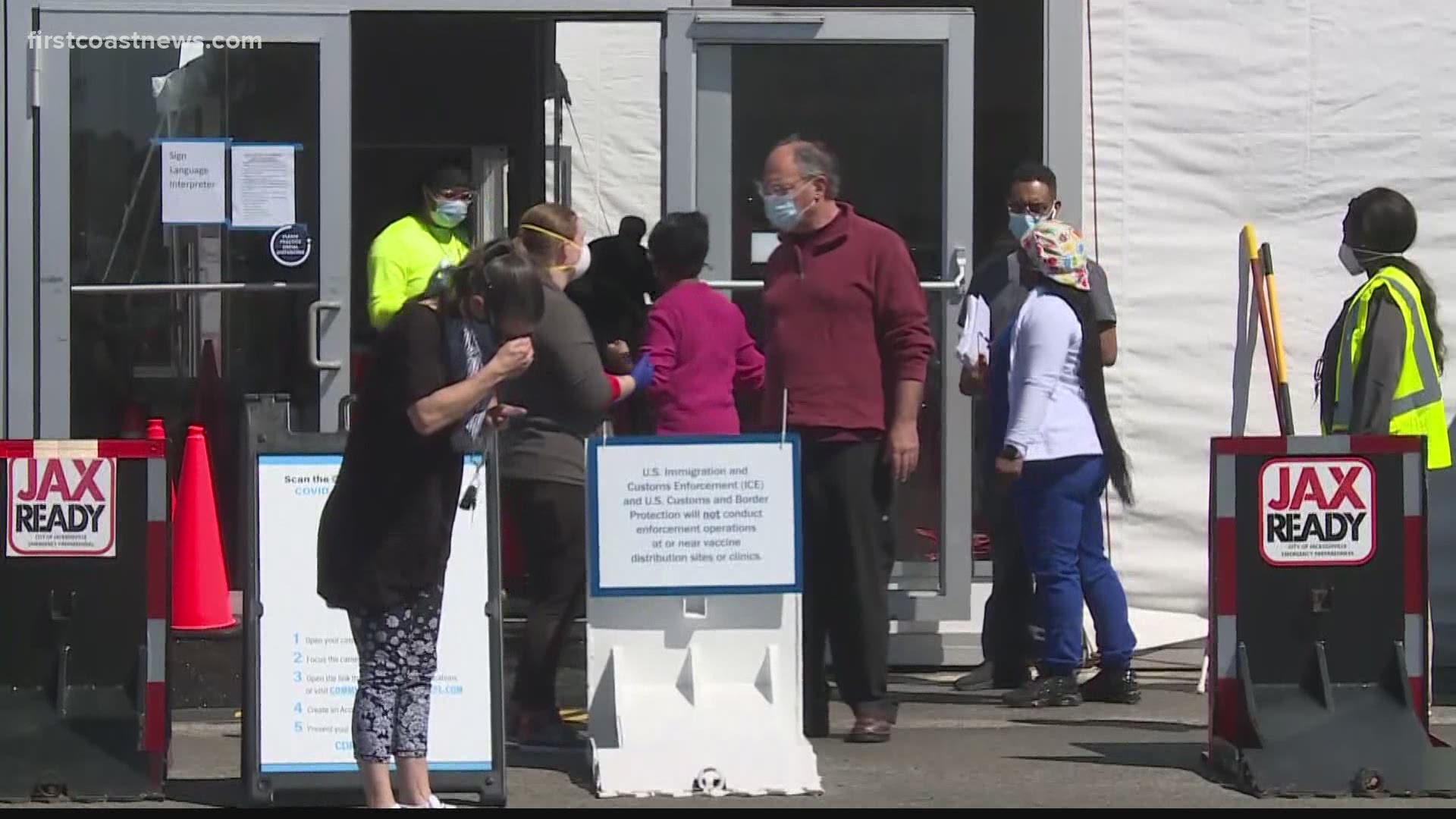 JACKSONVILLE, Fla. — When Nathan Montgomery logged on to his computer Monday morning, he wasn’t expecting to wait three hours for a COVID-19 vaccine appointment.

“It’s very frustrating because you’re like, ‘I’ve been waiting for this. I’m ready to get into this group of people,’ but wasn’t able to,” Montgomery told First Coast News.

He first tried signing up through CVS’s website which lists people 40 and older as eligible.  But, he got a message that said he was ineligible.

“There were radio dialed options there and it had 50 and up and military or police or first responder," Montgomery said. "It had different options, but the 40 and up wasn’t an option initially this morning."

He searched other vaccine websites, but says their information wasn’t updated either early Monday with the age requirement listed as 50 and older.

Montgomery believes the state can do a better job coordinating the updates to reflect the changes on the healthcare websites at the same time.  He believes they were not prepared.

“I think having that information ahead of time certainly could put some focus on making sure it was ready to roll out first thing this morning,” Montgomery  said.

Montgomery was eventually able to get an appointment at his hospital for the middle of April.

The state reminds you registration is not required at the federal vaccine sites, including the one at Gateway Mall in Jacksonville.  They are first-come, first served.