Gov. Ron DeSantis announced four federally supported vaccination sites across Florida, including one at the Gateway Town Center on Norwood Avenue in Jacksonville. 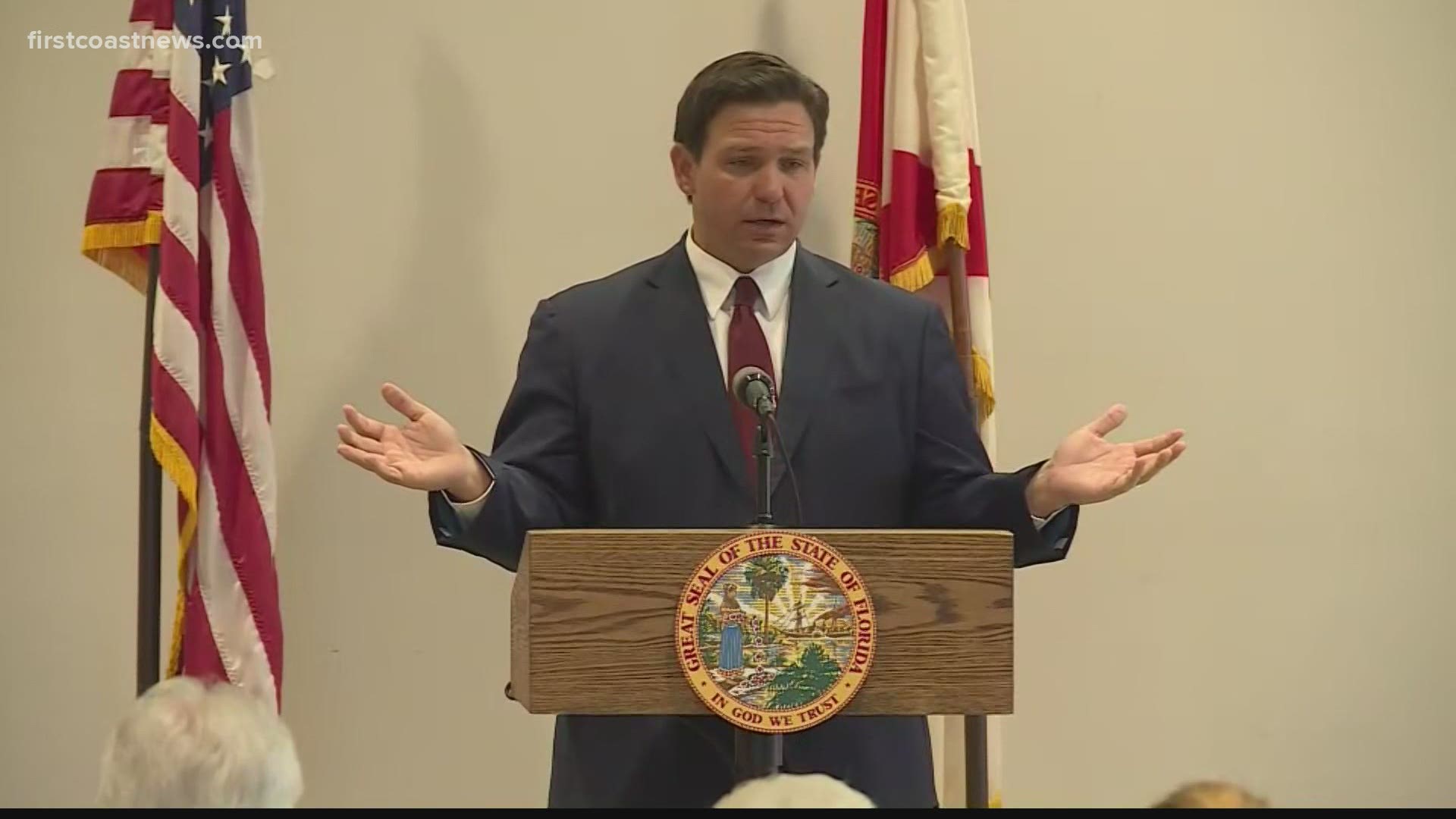 Florida Gov. Ron DeSantis announced four federally supported vaccination sites across Florida, including one at the Gateway Mall on Norwood Avenue in Jacksonville. The site will open March 3 and will operate seven days a week from 7 a.m. to 7 p.m., according to a news release from DeSantis' office.

Each site will administer 2,000 vaccines per day, and each will also have two smaller, mobile satellite sites that will administer 500 doses per day in underserved areas, according to the news release.

"Through this hub and spoke model each group of one primary site and two satellite sites will offer 3,000 vaccinations per day," the news release says.

The Jacksonville site will be located at Gateway Mall, 5200 Norwood Ave., Jacksonville, FL 32208.

"This is what we need, kind of that jump start to get us to that herd immunity safely," said Dr. Mohammed Reza, a local infectious disease specialist.

Reza said the additional 3,000 daily doses in Jacksonville could lead to people under 65 years old, notably those with underlying conditions, gaining access to the vaccine faster.

He said the quicker vaccination rates climb, the closer we will be to resuming some level of "normalcy."

"We're looking at about 75 to 80 to 85 percent of the population being vaccinated for us to reach that herd immunity," he said. "The number isn't set in stone, it really depends on the virus, how contagious the virus is."

Fortunately, he said, both the Pfizer and Moderna vaccines have been shown to be effective at preventing serious illness and death in all strains of Coronavirus, including the new strains dominating headlines.

"We should utilize every resource possible to get these vaccines in arms," said Dr. Rogers Cain, a physician on the Northside who is also part of the local NAACP.

Cain applauded the announcement of the Gateway site, which is located in an underserved part of town, along with the mobile clinics which will serve communities without easy access to currently established vaccine sites.

But he said more still needs to be done, suggesting that local primary care physicians should be part of the vaccine distribution plan and calling for an education campaign to inform people of the efficacy and safety of the vaccine.

"Without an effective messaging campaign, these vaccines won't get into the arms quick enough," he said. "If the people either can't get it, or don't know about it or feel comfortable about using it, it's not as effective as it could be."

It's important to note that health experts believe it is possible to contract and transmit the virus even after receiving both doses of the vaccine, Reza added, meaning masks and social distancing are still necessary.

In order to register for a vaccination appointment, people will use the state's current preregistration system. Patients can visit myvaccine.fl.gov or call 1-866-200-3762.

The other three newly announced sites will be set up at the following locations:

RELATED: How do we know the COVID-19 vaccines are safe?

RELATED: County-by-County: Where people 65 and older can get a COVID-19 vaccine on the First Coast