Her COVID vaccine was a week away, but COVID-19 showed up before Brittany Rayo was vaccinated

Rayo was scheduled to get her vaccine the second week of May, but COVID came first. 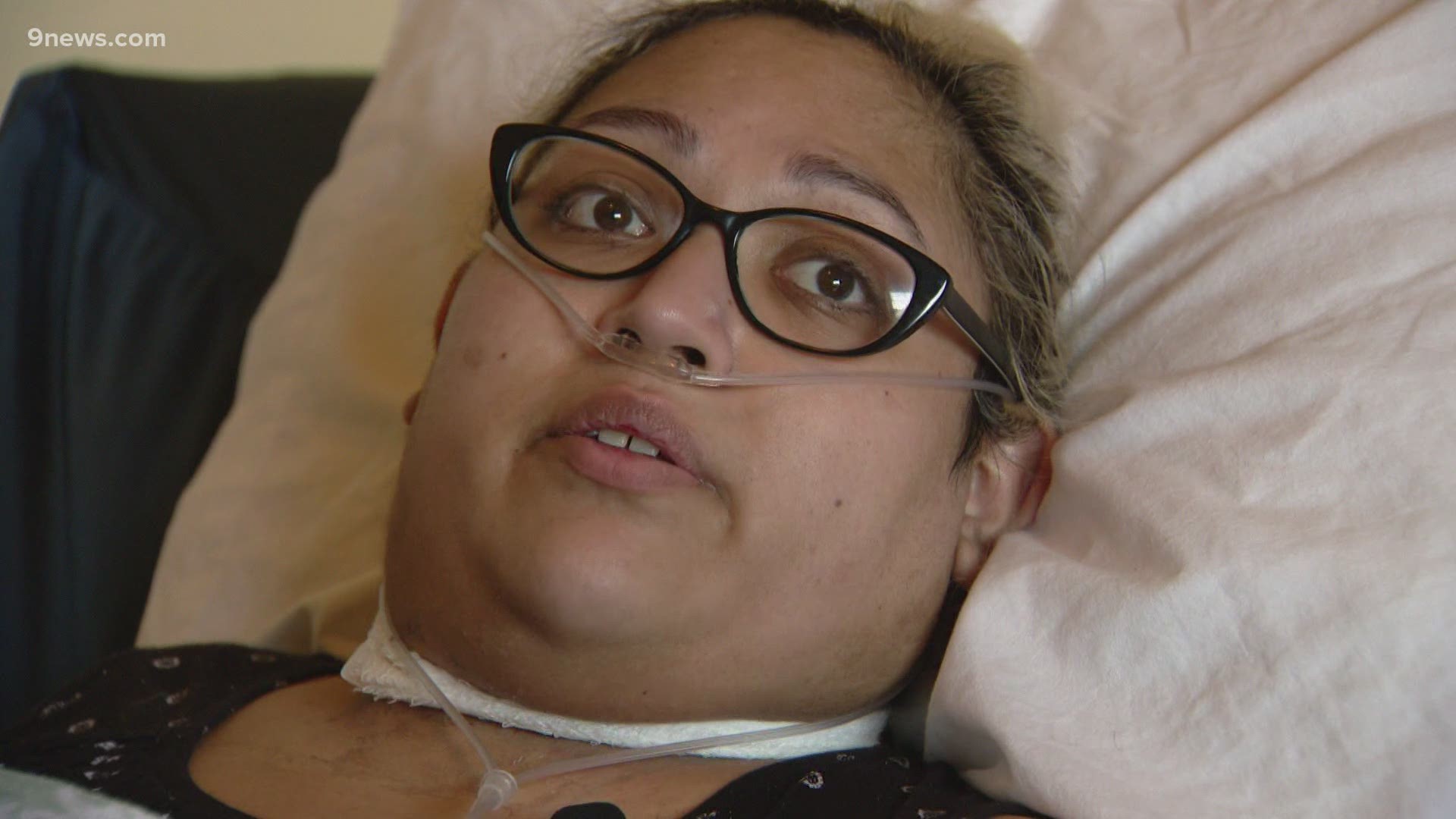 LAKEWOOD, Colo. — Brittany Rayo's mom said she got a call from doctors at Swedish Medical Center in May telling her to say goodbye to her daughter – and that they were going to take her off the ventilator.

Her mom told them not to and a month later her 28-year-old daughter woke up.

“My mom said that she doesn’t know if something was telling her not to or if she was just being selfish," said Brittany Rayo. "But, she told them she didn’t want me off the vent that she wanted them to keep trying everything they could and luckily they did."

Rayo is at PowerBack Rehabilitation in Lakewood after a stint at another rehab facility and the hospital. After she woke up, she had to relearn how to walk and doctors told her her lungs won't be back to full capacity for another 4-6 months.

"COVID is just, it’s crazy how it can change your life in a matter of seconds, you know," she said.

When Rayo went to the hospital two months ago, she left behind a 4-year-old daughter named Charlie – she turned five while Rayo was away.

“The realization that I almost left her alone because I am a single parent," she said. "It’s scary."

While the 28-year-old hadn't been vaccinated when she got sick in May, she was planning to. Her appointment was just a week away – but, COVID-19 showed up first.

“If anything for people to do it for their kids and their families, as far as getting vaccinated," she said. "You don’t want to put your kids through something like that you know."

Rayo is scheduled to go home on Wednesday.

She said her five-year-old already has an itinerary that includes eating cake, watching a Disney movie and cuddling.