While the potential for vaccines on the First Coast gives hope, it could be months before doses are available to the general public. 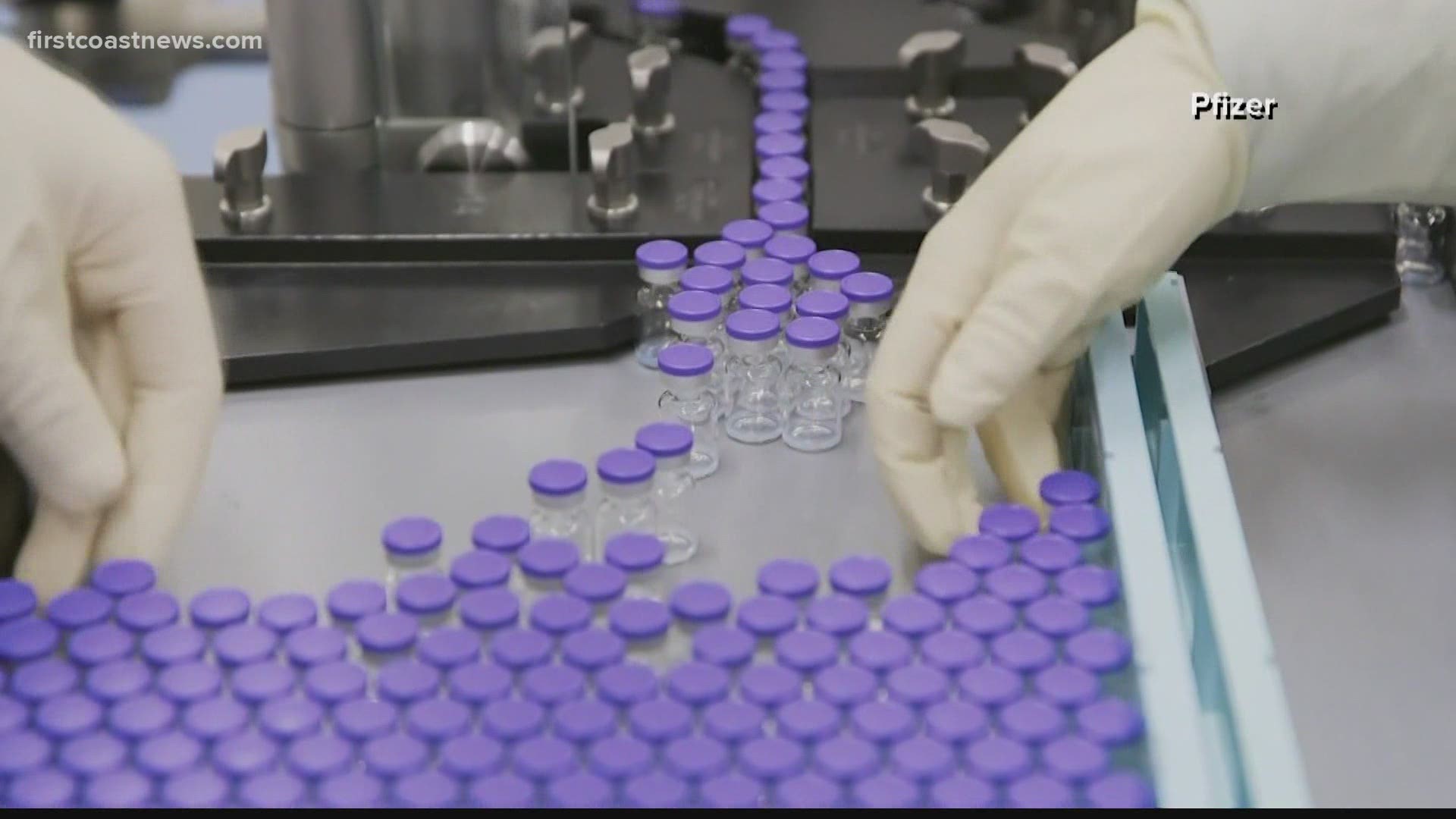 JACKSONVILLE, Fla. — When a Coronavirus vaccine becomes available for distribution, UF Health in Jacksonville will be one of the five Florida hospitals selected to hold the vaccine so it can be passed along the supply chain.

Governor Ron DeSantis named UF Health, along with other major hospitals in cities like Miami, Orlando and Tampa, as a pre-staging site for the first available doses of the vaccine.

"It's thought that Pfizer and Moderna are going to be first to market. As to which the hospitals throughout Florida will get, it's still an unknown at this point," said Dr. Chad Neilsen, Director of Accreditation and Infection Prevention at UF Health.

The three vaccines currently possible candidates for distribution have been created by Pfizer, Moderna and AstraZeneca.

"The FDA is reviewing everything, there's independent advisory boards. Pfizer, Moderna and AstraZeneca are working with other medical associations to make sure it's not only safe but effective," Neilsen said.

He said the UF hospital, if the agreement to receive the vaccine doses is finalized, would hold the vaccine in order to distribute it further down the line.

Pfizer's vaccine, which the company said has an efficacy rate above 90 percent, needs to be stored at -70 degrees Celsius. Neilsen said it takes specialized storage systems that can reach an extremely cold temperature.

"Our hospital and the others that were selected, we're academic in nature. We have research labs on campus that can store at that temperature," he said, adding the hospital has a large capacity as well.

Neilsen said UF Health has been preparing to store the Pfizer vaccine since before the announcement made by DeSantis.

Once the vaccine is received on the local level, healthcare workers will be the first group of people to receive doses.

"I would anticipate these vaccines are already being mass produced right now, and that distribution would start potentially before the end of December," Neilsen said. "Our hospital won't have any ability to dictate where it goes or who it goes to. It's up to the state of Florida to make that call and tell us where to distribute to."

If UF Health received the Pfizer vaccine, Neilsen said, it would be shipped in pallets with enough dry ice and cooling materials to keep the vaccine cold for more than a week.

He said the general public, not including people who are high-risk or those in assisted living facilities, should expect to wait months before the vaccine is available.

"Otherwise healthy people, we're probably looking at a much longer turnaround time to actually get the vaccine, which could be as late as next summer," Neilsen said.

Although the developments in new vaccines are reason to have hope, Neilsen said wearing a mask and social distancing remain the most effective way on a societal level to protect yourself and others.

"Even when [the vaccine] starts hitting the general public, we still need to maintain the things we've been doing right," he said.