Over the course of 10 days including 5 in the intensive care unit, former Jaguar Tony Boselli found himself on a medical roller-coaster, deteriorating fast and briefly wondering if he was going to pull through. 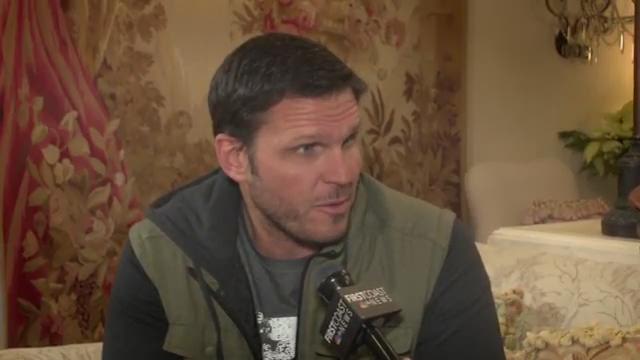 Former Jaguars’ star and Hall of Fame finalist Tony Boselli is recovering after he was hospitalized for five days at the Mayo Clinic for COVID-19, he told the Times-Union Thursday in his first public comments.

Boselli, 47, also said that his 47-year-old wife, Angie, tested positive for coronavirus, but that her symptoms were far less severe, resulting in no fever, and that she has fully recovered. She never had to be hospitalized.

Things got so bad for the Jaguars’ five-time Pro Bowl offensive tackle that he had to be put in the Mayo Clinic’s ICU unit. He was hooked up two IVs, plus needed oxygen to restore his breathing to a proper level. He was admitted to ICU on March 25 and not released until Monday.

CLICK HERE to see more from The Florida Times-Union

“For whatever reason, [COVID-19] buried me and didn’t do much to her,” Boselli said. “She’s obviously much tougher than I am. She had 7-10 days where she didn’t feel like herself, but her symptoms were mild.”

Though not declaring himself fully recovered, Boselli says he feels much better and hopes to start riding his beach cruiser the moment that test comes back negative.

“I can still feel my lungs aren’t all the way back,” said Tony. “I have no fever. The cough is under control. I get tired quicker, but I’m starting to answer emails.”

In a wide-ranging, 45-minute interview, Boselli outlined how he first became aware of initial symptoms on the night of March 16 – after playing golf the previous weekend at Sawgrass Country Club – but didn’t think much of it because he had no fever and just had a cold with mild congestion. He also went to lunch that same day with two friends, both of whom had to go into a 14-day quarantine after Boselli told them he tested positive on March 20.

Everything started to change for Boselli on March 18 when he woke up “feeling lousier” and had a fever. Then came a phone call informing him that he and Angie had been around somebody who tested positive.

He soon called his doctor and got tested at Mayo Clinic. The fever symptoms persisted and on March 20, the test result came back positive for COVID-19. Five days later, Boselli said he could “barely move” and felt wheezing in his chest.

So he returned to Mayo Clinic, expecting to get tested and released. But a chest X-ray revealed low oxygen levels and a pulmonologist told him: “You’re not leaving.”

The next 10 days became a medical roller-coaster where Boselli, who lost 20 pounds, found himself deteriorating fast and briefly wondered if he was going to pull through.

“I guess the thought was there’s no way this is how the story is supposed to end here,” Tony said. “This is nuts. I never felt like, ‘poor me, or why me?’ You get sick, it happens. But the fact I was in the hospital with the coronavirus and crazy thoughts were going through my mind, like ‘I can’t believe this is going on.’

“The worst was my second day in ICU when they were upping my oxygen levels. That was probably the lowest, scariest moment. I had no family around me. I can’t remember exactly what the doctor said, something about the machine needing to go to another level for more oxygen if that didn’t work.

“Whatever drugs they were giving me, in combination with the oxygen, it got me to where I needed to be. I never had to find out what that next level was.”

Boselli said after he tested positive, he informed Sawgrass Country Club to forewarn members he might have come in contact with and that set off a chain reaction. It led to a flurry of speculation locally and nationally about him having COVID-19.

At that time, he said he wasn’t ready to go public like other public figures had done, preferring to privately warn those he might have infected.

Once his symptoms became progressively worse, Boselli said he wanted to focus on getting better, making sure Angie and their five children were properly protected before going public with his admission.

He made that decision Thursday morning, then talked with the Times-Union in the early afternoon. He later made a brief appearance on a weekly Jaguars-related radio show on 1010XL.

Boselli profusely thanked all the medical people at Mayo who aided him in his recovery, along with many friends in the community and the Jaguars for bringing food to his Ponte Vedra home and leaving it on the front porch.

“People were amazing,” said Boselli. “Doctors, nurses, [physician assistants], people that cleaned my room, technicians taking blood, I can’t say enough good things about them. You have all these people covered up in their suits in your room, but they treated me great and made a bad situation as bearable as possible. They’re a bunch of studs in my book.

“Just the relationships and notes I got from people, the text messages and emails, it makes you realize what a blessed man I am.”

As for the coronavirus and its impact locally and nationally, Boselli issued a stern reminder to people who are either dismissive of COVID-19 or think the shutdowns of businesses are too restrictive: be vigilant in taking protective measures.

“The reality is the majority of people my age or younger who get it are probably going to be fine,” said Boselli. “But look at me, I was healthy with no issues at all and ended up in ICU. I guess you can play the odds and be OK.

“But I can’t imagine anyone who has underlying medical issues already having to go through what I did [and surviving]. As all of us look at this coronavirus, you have to look at other people and the impact this could have on them. The last thing we want is to put people who are vulnerable at risk. There were people dying in the hospital, so it’s real.

“The thought I would leave with is this: you might be OK, but your neighbor might not be. Try to think of everyone in this situation.”

RELATED: You've got the coronavirus, now what? Doctors say there is a simple treatment plan for most cases