These essential workers could get $25,000 in hazard pay under 'Hero Fund' plan

Senate Democrats are proposing nurses and doctors, but also grocery clerks and transit workers, get as much as $25,000 in hazard pay from the federal government. 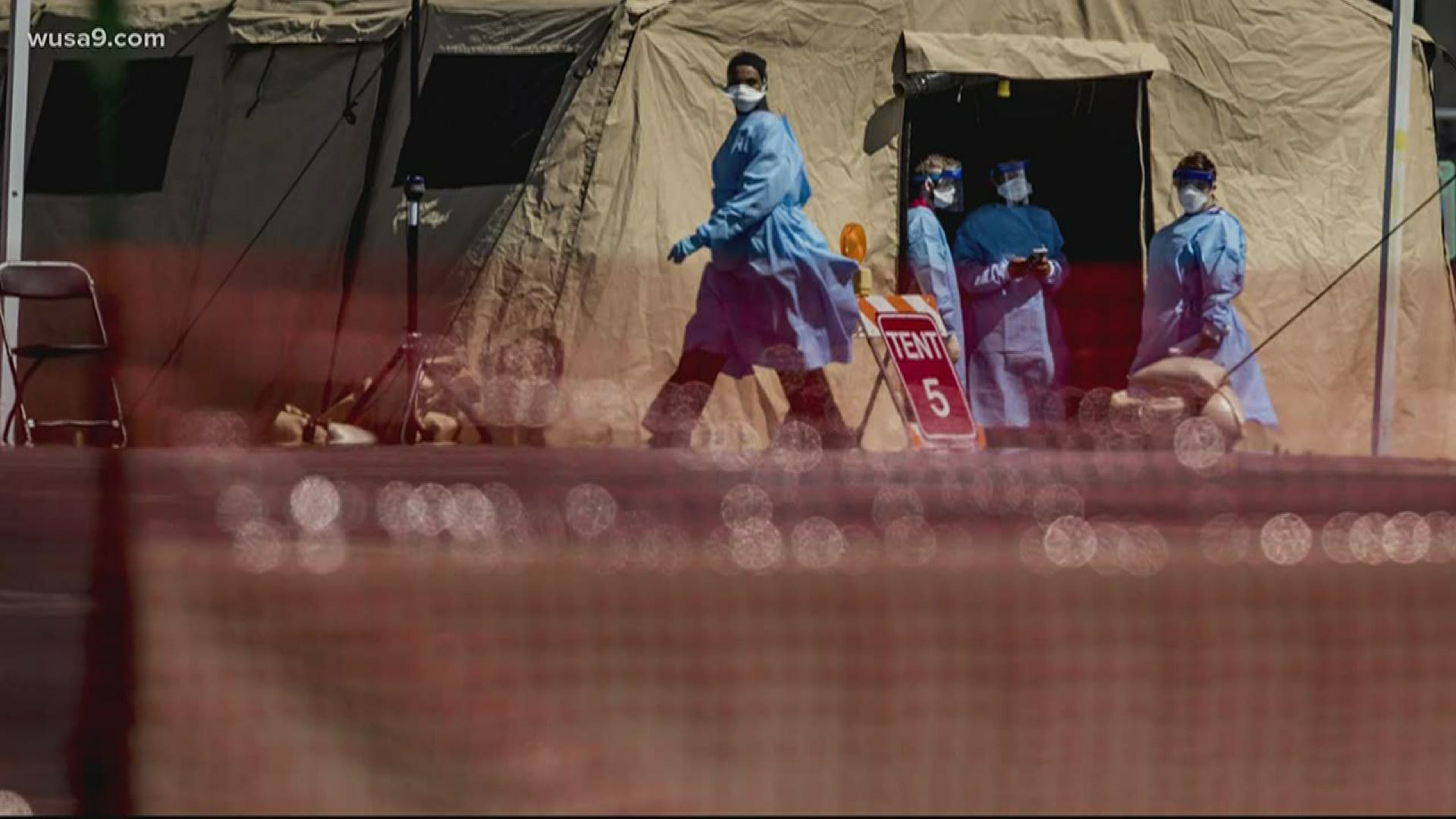 WASHINGTON — Democrats in Congress want to give essential workers a raise for staying on the job in the face of coronavirus.

Senate Democrats are proposing nurses and doctors, but also grocery clerks and transit workers, get as much as $25,000 in hazard pay from the federal government.

“We have one of the most dangerous jobs in the city right now,” said Niya Banks, one of the 2,500 Metrobus operators still working despite the risks. Metro says its buses transported 110,000 riders on Wednesday. Since the pandemic started, Metro says six bus operators have tested positive for COVID-19.

“I actually think hazard pay is a necessity in a time like this,” said Banks, who said she supports a plan by Senate Democrats to give her a $13 dollar per hour raise until the end of the year. Senate Minority Leader Chuck Schumer calls it a “heroes fund” to help workers, from doctors to janitors.

"This proposed ‘Heroes Fund’ would provide premium pay to these essential workers – the doctors and nurses, grocery store workers, transit workers, and more who are central to fighting this crisis – and would establish an incentive system to retain and recruit the workforce needed for the long months to come,” said Schumer, who did not detail the total cost of the plan.

The proposal caps benefits at $25,000 for essential employees making less than $200,000 a year and $5,000 for workers making more. But Senate Republicans have said that they would like to see the impact of the first stimulus bill and then prioritize help for small businesses.

“We’re the backbone, we’re the lifeline,” said Banks. “It would be the ultimate thank you for them to even acknowledge the sacrifice we’re making at this time."