Texas has one of the lowest infection rates per 10,000 people among the most populous states

The list of the number of cases by state doesn’t tell the whole story. When population numbers are taken into account, some statistical surprises occur. 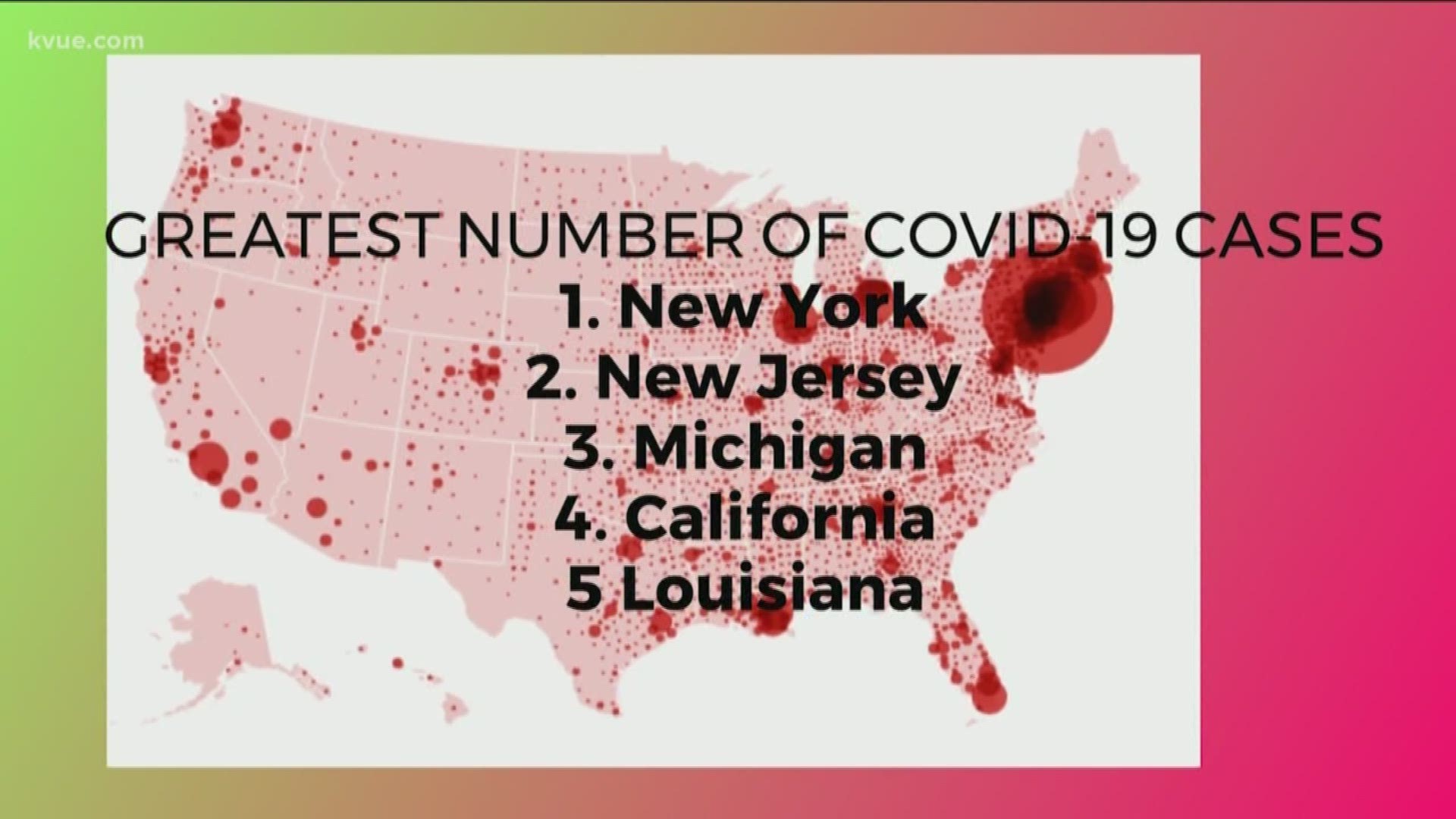 AUSTIN, Texas — The list of states with the greatest number of confirmed COVID-19 cases has remained unchanged over the past few days, according to the Centers for Disease Control and Prevention.

New York, New Jersey, Michigan, California and Louisiana round out the top five states with the greatest number of cases. Texas ranks No. 12 on that list with 8,283 as of 11.45 a.m., April 7, according to the Texas Department of State Health Services.

But the list of the number of cases doesn’t tell the whole story. When population numbers are taken into account, some statistical surprises occur.

For instance, while Texas ranks No. 12 of 50 states in the number of confirmed cases, it actually has one of the lowest infection rates among the most populated states in the country.

RELATED: Travis County has second-highest number of COVID-19 cases per 10,000 people among Texas' most populous counties

Nearly 29 million people live in Texas, according to U.S. Census estimates. With confirmed infections in 8,283 people, that’s 2.9 cases per 10,000 people.

The number of reported COVID-19 deaths in Texas, 158, results in a death rate of 0.55 deaths per 100,000 people, the lowest among the top 15 states with most number of confirmed cases, followed by California, Indiana, Georgia and Colorado.

Though the numbers may vary based on the amount of testing being conducted in each state, and regardless of the infection rate per capita, Texas health officials say this is no time to let down our guard. The number of cases in the Lone Star State continues to rise, and forecasts indicate we haven’t yet reached our peak.