Supervisors of elections warn Gov. DeSantis of potential issues ahead of August, November

Election leaders are asking the governor to give them more flexibility as the pandemic continues. 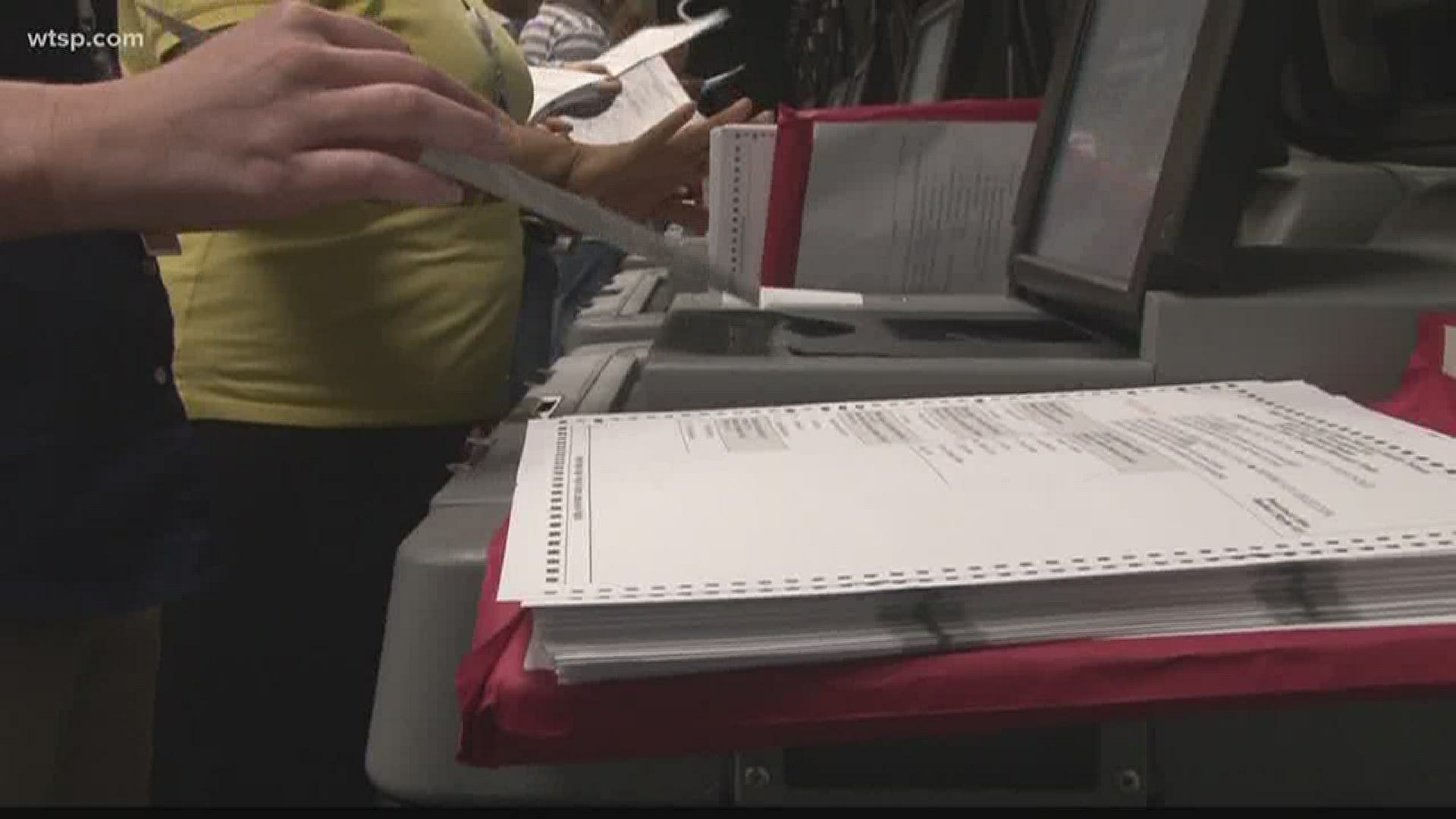 TAMPA, Fla. — With August primaries, a November presidential election and no clear answers on when the coronavirus pandemic or social distancing will come to an end, local supervisors of elections are asking Gov. Ron DeSantis for more flexibility in overseeing the voting process to prevent a disastrous interruption of democracy.

“When you're talking about elections offices throughout the state, there is no one size fits all. That's why we need flexibility,” said Craig Latimer, Hillsborough County Supervisor of Elections and president-elect of Florida Supervisors of Elections.

RELATED: Elections in limbo as coronavirus outbreak upends US primaries

"We have three city elections on April 14. I had asked Governor DeSantis to delay the election because quite honestly, if we're in the middle of a pandemic, it's just not safe for voters to come to their...polling place,” he said.

DeSantis said he will grant those supervisors their requests. “I don’t think there’s any election that couldn’t be done in August. I don’t think we’d lose much,” he said.

COVID-19 has also increased calls for mail-in ballots. Rep. Kathy Castor told Mayor Jane Castor she would like to see the program expanded. "It needs to go nationwide so people have that option,” she said.

However, in an April 7 letter to DeSantis, the Florida Supervisors of Elections said the state is not ready for a total vote-by-mail election. Although the group did ask for more power to add or change early voting sites and extend early voting to 22 days ahead of the election.

“Elections are not months away from now. They're now, so we encourage voters to take advantage of researching...the mail ballot option, make those requests now so that election administrators can plan accordingly,” said Julie Marcus, Chief Deputy Supervisor of Elections for Pinellas County.

“Generally, we send out about 260,000 vote-by-mail ballots for a general election. I fully expect that to double,” he said, adding that the failures of the March primaries will likely fuel the spike in that form of voting.

"It was heartbreaking on March 17, to get calls from people that intended to go out and vote on election day, but now they were in that over 65 category and it was not going to be safe for go out, they didn't feel and there was no way to get a ballot to them on that day,” he said.