Striking similarities between life during the 1918 Spanish flu and now

Face masks, closed schools, no large public gatherings back then and now. 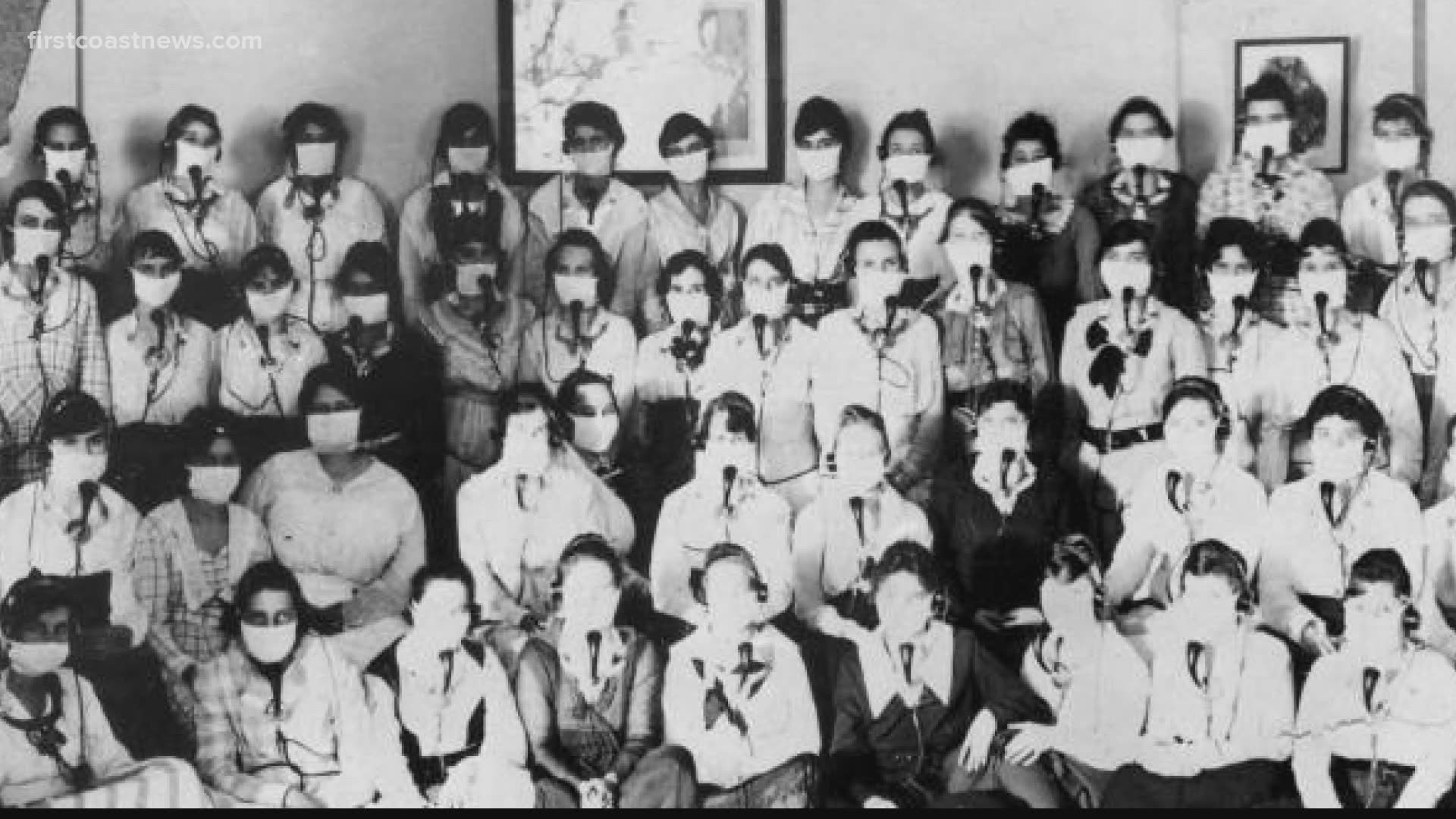 "I think a lot of people are stunned how we’re doing the same thing 100 years later," Historian Susan Parker said regarding the 1918 Spanish flu and the current coronavirus pandemic.

The similarities are striking between what happened in 1918 when the Spanish flu spread throughout the world, the U.S. and here at home.

The goal was to keep the flu from spreading. Sound familiar? In 1918, the Spanish flu reportedly killed half a million people in the United States, when the nation's population was much smaller than what it is now.

Back then, St. Johns County authorities "said people were not to leave the house if there was anyone in their home who had the flu," Parker said.

Some cities in the U.S. mandated people wear face masks. The staff at the telephone and telegraph company in Jacksonville wore masks, after losing many employees.

Regarding the name “Spanish flu," Spain didn’t like that name.

Businesses and cities eventually reopened, such as the Jefferson Theater on Cathedral Street in St. Augustine.

Parker read from a newspaper at that time, "They advertised they had 'thoroughly aired and fumigated.'"

And just as there’s talk today of a possible second wave of COVID-19 in the fall, guess what happened back then.

"We’re using pretty much the same tactics for prevention that they did in 1918," Parker noted.

RELATED: Grandpa Rudi recovers from coronavirus on his 107th birthday

RELATED: Life after the last pandemic: What Jacksonville in the 1920s can tell us about life today