St. Augustine Mayor: We've been through scary times before. We'll get through this

In four years, St. Augustine has dealt with three hurricane and one pandemic. 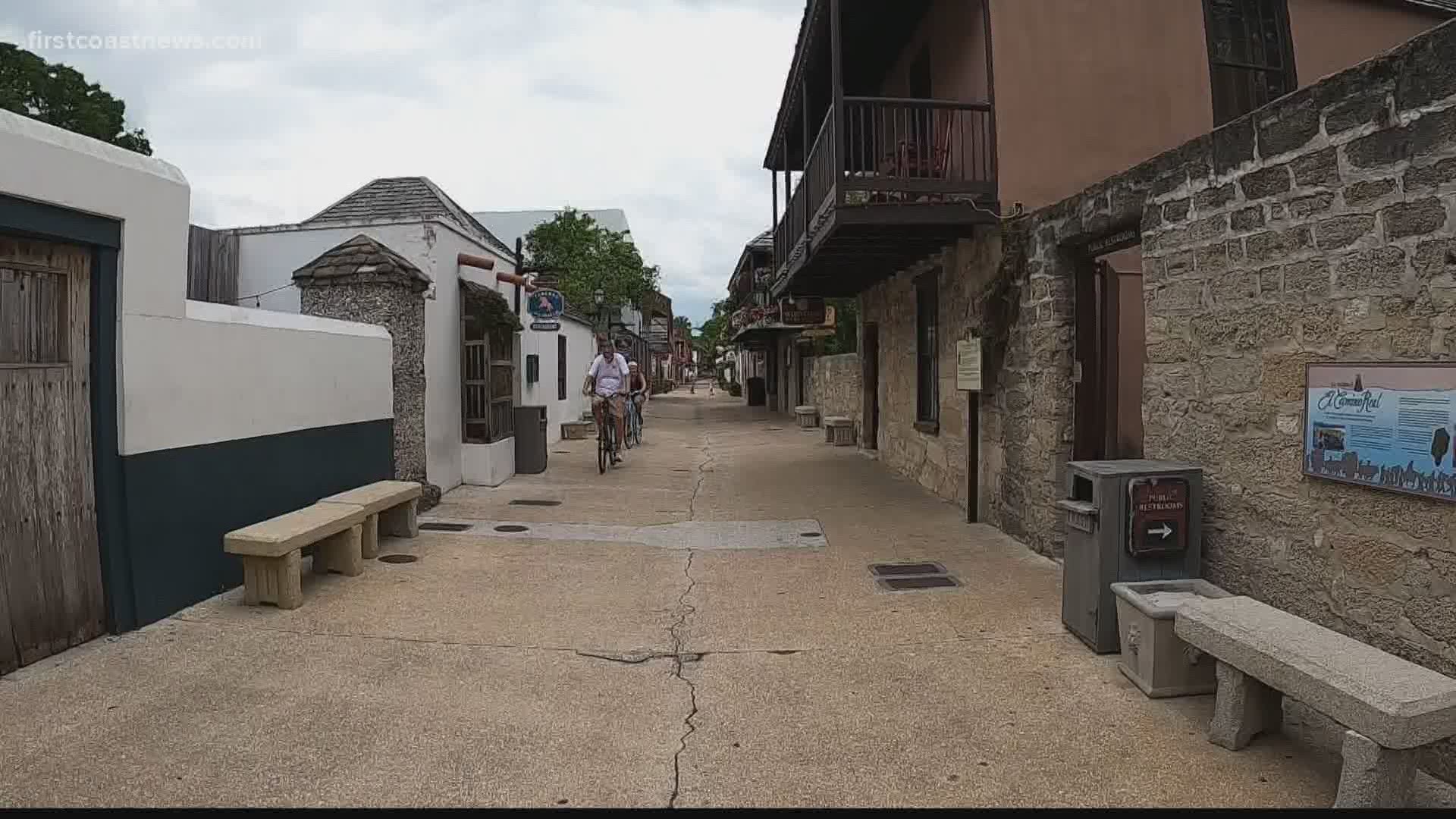 ST. AUGUSTINE, Fla. — Many places are doing things differently so we can be safer. Even mayors, such as St. Augustine Mayor Tracy Upchurch, are trying to figure out this new normal.

Thursday, in an interview with First Coast News, Upchurch smiled and said, "My wife made me a mask. It’s very handsome. But when I wear it, I fog up my glasses!"

It’s a little big of levity for a man who is leading a city that is changing how to run things during the pandemic.

For instance, the city is changing the sidewalks on the Bridge of Lions to be one-way for bicyclists and pedestrians. Walkers and cyclists will travel in the direction of car traffic closest to them.  It's to promote social distancing.

"The sidewalk is too narrow to pass, really requires some negotiating," Upchurch said.

Another change, for now, includes leniency with water bills.

"It’s absolutely crucial that people have fresh, clean water. If they’re unable to pay their bills, we certainly are not going to disconnect them," Upchurch explained.

Upchurch said so many people in this city of 14,000 are hurting financially.

"We have folks who have lost their jobs, worried to death about their businesses," he noted.

When he looks at his city’s empty streets that often bustle with more tourists than locals, he feels: "gratitude. I mean, it’s indicative of the fact people are doing what they’re supposed to be doing which is stay home."

In the last four years, St. Augustine has had three hurricanes and a pandemic.

"These time shave been very difficult and scary. But we have absolutely have gotten through them, and we will certainly get through this," he said. "This is an opportunity for us to reflect on things we want to do better when we get to the other side."