Dr. Michael Koren is part of a practice of cardiologists who travel to hospitals in the area. He said nurses have been moved from operating rooms to COVID wards. 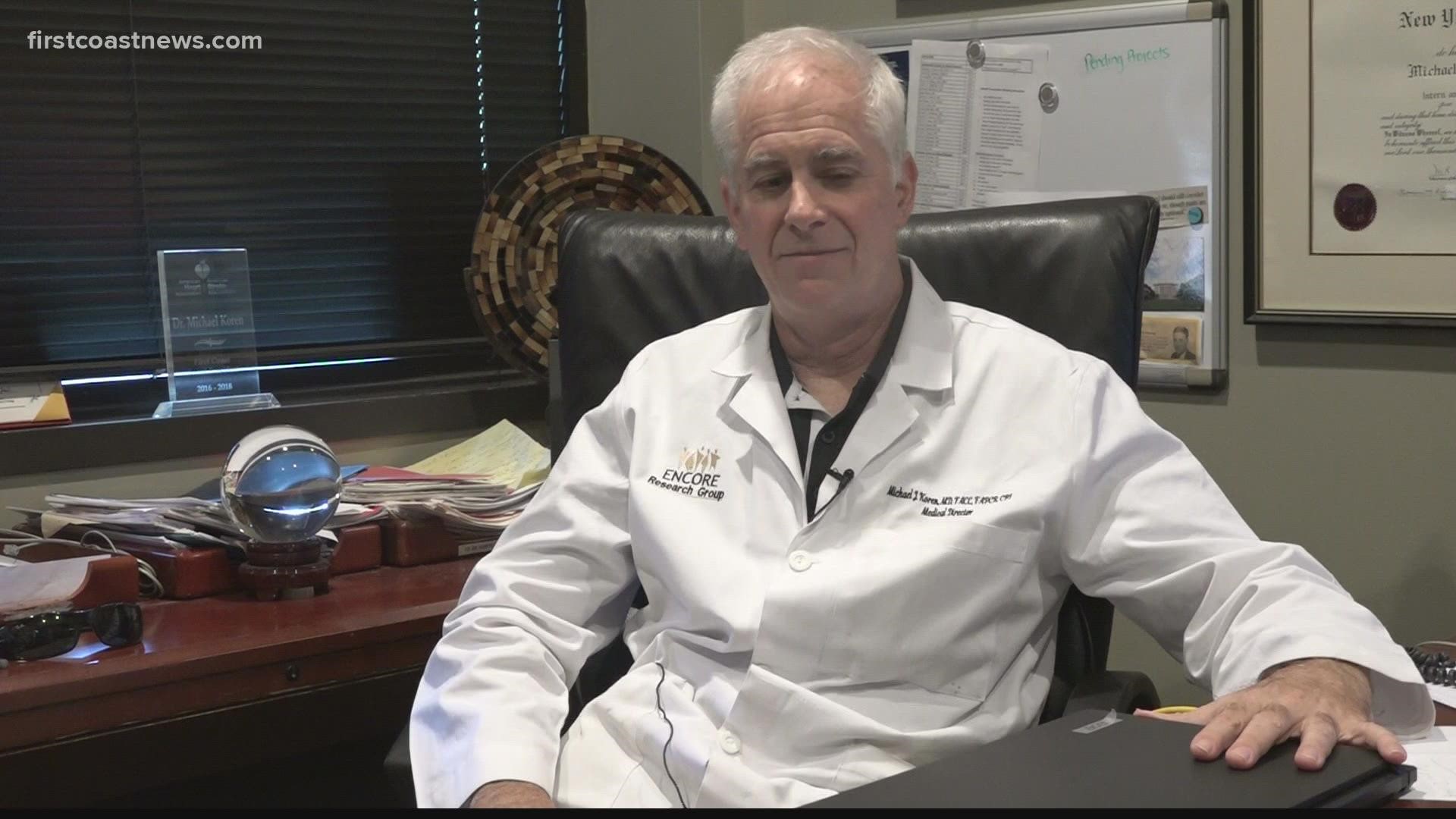 JACKSONVILLE, Fla. — Tuesday was the fourth day in a row that Florida broke its daily COVID hospitalization record, with a little more than 12,000 people hospitalized, according to the Florida Hospital Association.

The surge in COVID patients at area hospitals has forced some doctors to postpone elective surgeries again. Dr. Michael Koren is a part of a practice of cardiologists who practice at different hospitals in Northeast Florida. He said resources, like nurses, are being moved from working in operating rooms to working in COVID wards. He said this has forced them to postpone some elective procedures.

“Literally at this point, we just don't have enough resources and staff being the most important thing," he said.

"There are some staff members that are not able to work because they have infections, of course as part of the issue, many of whom are also unvaccinated, but we're really struggling to keep up with the staffing needs, and when you have that situation, the first thing that you have to defer are the elective procedures," Koren said.

This isn't the first time they've had to postpone elective procedures. Koren said they put some surgeries on hold during the spike in May and June of last year.

"Part of that was because we just didn't know how to manage things as well. We're much much better at managing them," he said.

Now, though, he said hospitals are the most crowded they've been at any point of the pandemic. He said they started postponing procedures in the past two to three weeks as the surge of COVID cases took over. This surge, he said, could've been prevented.

“Oh my gosh, it's like, you know, yikes. It's very frustrating for us for a number of reasons. One is that the number of cases, I think, would be a lot less, quite frankly, if more people had taken the advantage of getting the vaccine," Koren said.

"Unfortunately, we weren't able to get as many people vaccinated as we'd like to, and so that is a source of frustration," he said.

Koren said he wants to reassure people that if there's an emergency, the procedure will be done.

"If there's a true emergency, we'll get the job done, but that gets into some discussion in terms of what's elective, what's an urgency, and what's an emergency. So, we're having these discussions all the time," Koren said.

If it can be put off, he said it will be postponed for weeks, even months potentially. Koren said he talks with his patients on a daily basis about their concerns regarding when to have a procedure.

"They'll typically bring up their concerns about whether or not it's safe to have the procedure done, given the surge in COVID cases, and I'll have to talk through it with them and say, 'hey, it's elective I agree with you, we can sit tight on this for a number of weeks,' or, 'this is pretty urgent. We need to take care of this. We need to prioritize you,' or, 'hey, you got to take care of this right away,'" Koren said.

He also wants to reassure people that if you do have to come to the hospital for a procedure, there are a lot of COVID safety protocols in place.

First Coast News reached out to the local hospitals. UF Health said it is rescheduling elective procedures that require a patient stays at the hospital for two or more nights. Mayo Clinic and Baptist Health said they're looking at things on a case-by-case basis. They said if you don't hear from your doctor, expect the procedure to take place as scheduled.

Baptist went on to say, "We are working with our surgeons daily to manage the number of elective surgical procedures requiring overnight hospital admission as a proactive approach to managing hospital capacity. However, it is important to note that many patients can have their procedures as scheduled."

Memorial Hospital and Orange Park Medical Center are not postponing elective surgeries at this time.