Duval County Health Department records show 40 people died due to coronavirus on Tuesday, but it's unclear if there is a lag in reporting those numbers. 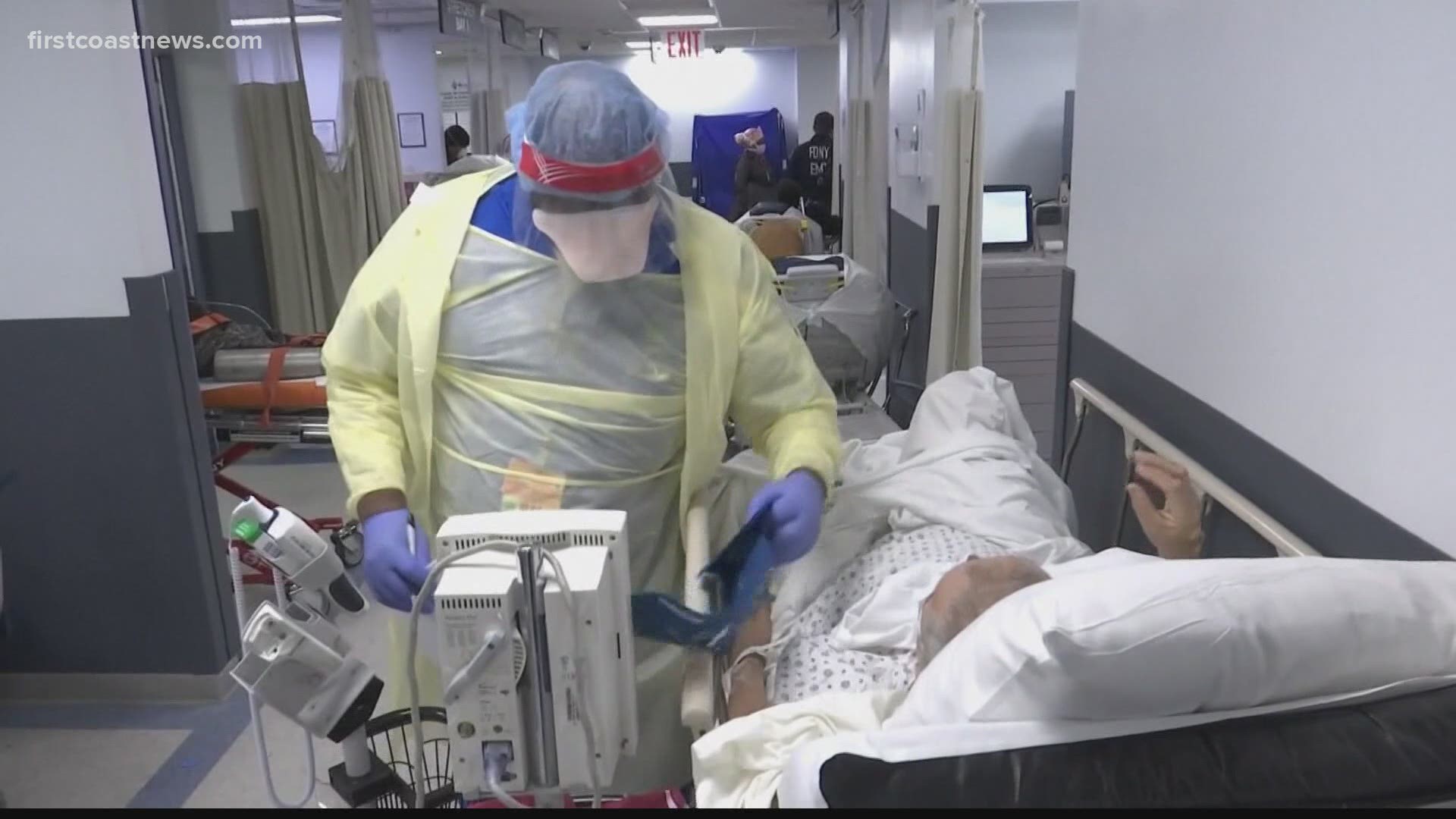 DUVAL COUNTY, Fla. — The Duval County Health Department says with a rise in cases, a rise in deaths is expected after 40 deaths were recorded on Tuesday.

Duval County surpassed its single-day COVID-19 deaths by a staggering wide margin. Duval County Health Department records show 40 people died due to coronavirus on Tuesday, but it's unclear if there is a lag in reporting those numbers.

A city spokesperson tells First Coast News the reporting of 40 deaths in a single day was because of a large data upload, but the health department declined to confirm if that was the case.

First Coast News asked several questions about the numbers—are they accurate? What explains the spike, and was there a lag in reporting?

A spokesperson provided the following statement from the health pepartment:

“Unfortunately, there has been a spike with COVID-19 cases, not just in Jacksonville, but also around the country; with this being the case, a rise in the number of COVID-19 deaths can be expected.

The number of deaths is accurate. The Florida Department of Health in Duval County verifies COVID-19 deaths through medical records and with information provided on death certificates, as recorded by Vital Statistics.”

A UF Health doctor says there are some inherent reporting delays in COVID-19 cases and deaths.

“Sometimes they [the Health Department] also verify this is what happened because we don’t want to misrepresent what’s going on with COVID. It's already significant enough, there’s no intent on anyone to inflate numbers but we want to be accurate on how we’re reporting causes of death,” Dr. Chirag Patel, Assistant Chief Medical Officer of UF Health says.

He says the reporting also requires due diligence on the healthcare workers’ end to see if someone did not have another illness at the time of death.

Dr. Patel says the fatigue among healthcare workers is real.

“It is taking a toll on the healthcare workers who are putting in extra hours and the sacrifices that frankly, we all signed up to make. But, it does come at a cost,” Dr. Patel said.

In total, 857 people have died due to COVID-19 in Duval County since the start of the pandemic.