Singapore is asking people to stay at least three feet apart and is advertising social distancing recommendations at banks, malls and restaurants. 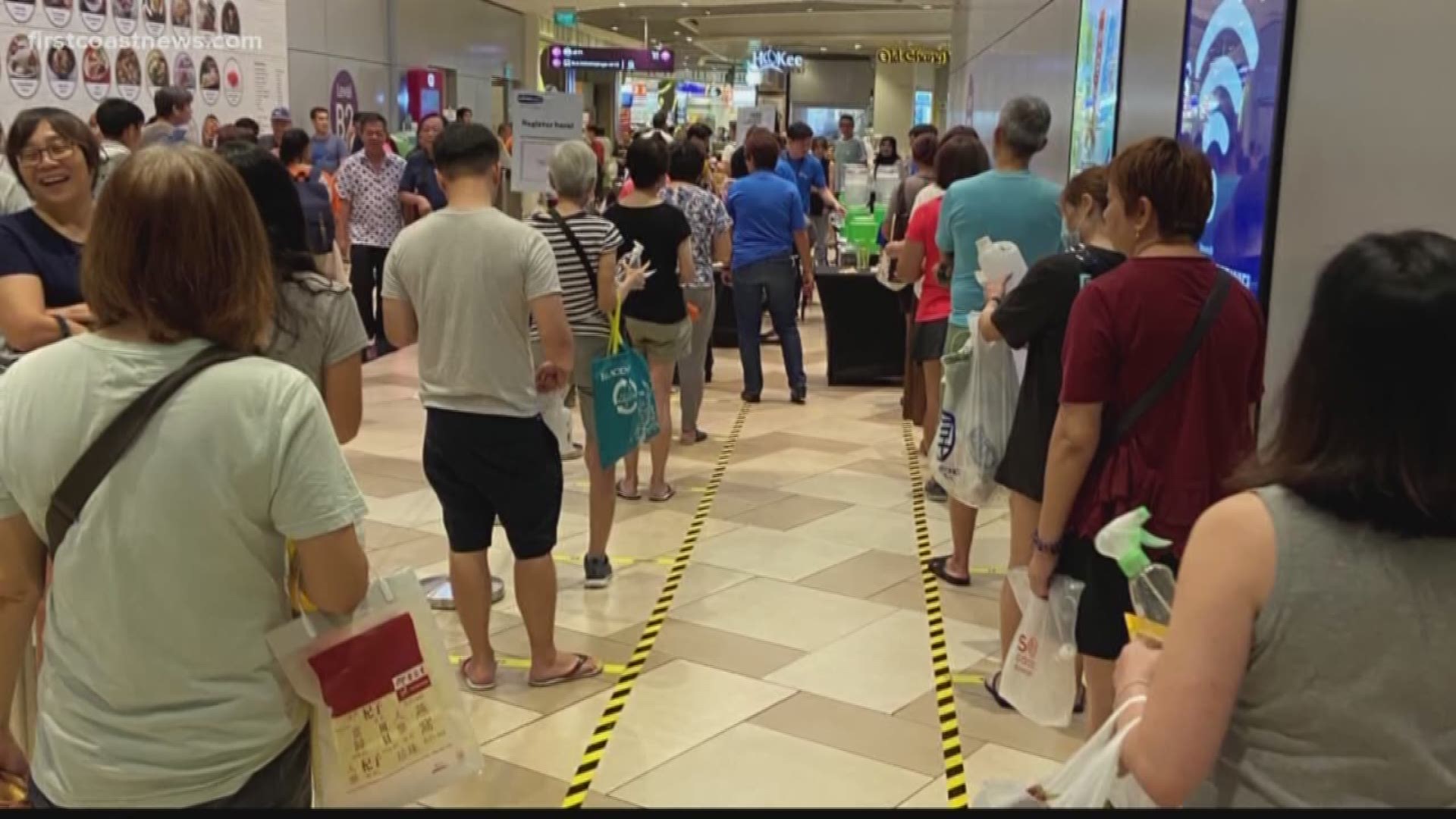 JACKSONVILLE, Fla — Social distancing has become a common phrase and practice during COVID-19.

The Centers for Disease Control and Prevention recommends Americans stay six feet apart from one another.  But, in Singapore that recommendation is three feet and one American we spoke with who lives there says there are reminders everywhere.

He's retired from the U.S. State Department and lives in Singapore half the year. He says social distancing may become the new normal worldwide.

"They have the public service announcements every chance you can get. Whether it be on billboards or whether it's on the TV," he said.

It goes beyond having a safe space. Chang says people's temperatures are taken before they're allowed in common public areas like casinos, banks and grocery stores.

"They will put it at the top of the forehead and measure your temperature and record it. You also have to write down your name and contact number," Chang said.

Along the First Coast, there are similar social distancing guidelines. Some restaurants are restricting people from eating outside while other businesses are using tape to keep customers at a distance.

For Chang, who anticipates returning to the states in a few months, he says these safety measures will likely stick around for a while.

"I can't see this going away anytime soon," Chang said.